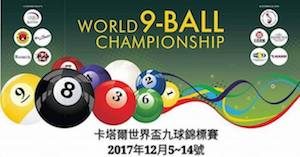 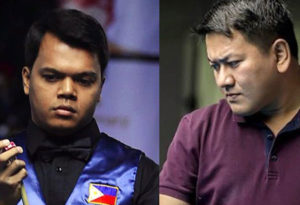 BREAKING NEWS: Carlo Biado beats fellow Filipino Roland Garcia, 13-5, to win the World 9-Ball Championship in Doha, Qatar. He is the first Filipino to win the event since Django Bustamante in 2010

MANILA, Philippines — Seven years since the legendary Francisco “Django” Bustamante accomplished the feat, another Filipino will crown himself the world 9-ball champion.

Garcia, the lesser known of the two, grabbed the first finals seat with an 11-6 drubbing of Albanian star Klenti Kaci, using a 7-4 start to set the tone for the triumph that assured Phl of at least one representative in the gold medal match.

Minutes later, Biado took care of business and finished off Taiwanese Wu Kun Lin via the same scoreline to follow the 36-year-old Garcia to Final Dance.

Garcia, who used to hang around with the great and former world champion Efren “Bata’’ Reyes when he was a kid, and Biado, who’s seeking to top his previous feat at the World Games earlier this year, are aiming to become only the fourth Pinoy to win the world title.

Aside from Bustamante, Reyes captured the diadem in 1999 and Ronnie Alcano joined the elite club in 2006. Alex Pagulayan ruled in 2004 but under the Canadian flag.

On the way to the finals, Biado walked over Chinese Liu Haitao in Wednesday night’s semis while Garcia followed up his upsets over former world champs Niels Feijen and Ko Pin Yi with an 11-4 demolition of quarterfinal opponent Jalal Yousef of Venezuela.

Liu missed his start time in the Last-8 against Biado, arriving 10 minutes after the 15-minute grace period and got disqualified, handing the Pinoy a free pass to the semis. For his part, Garcia stormed to an 8-2 jumpstart against the Jordanian-Venezuelan and never looked back. 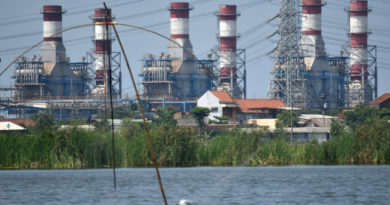 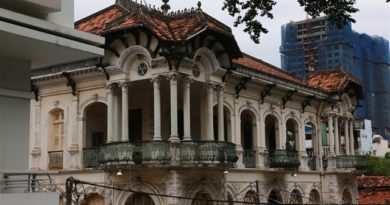 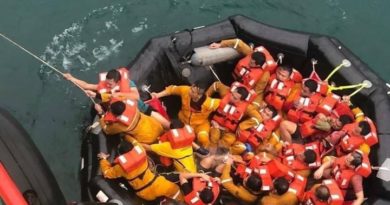