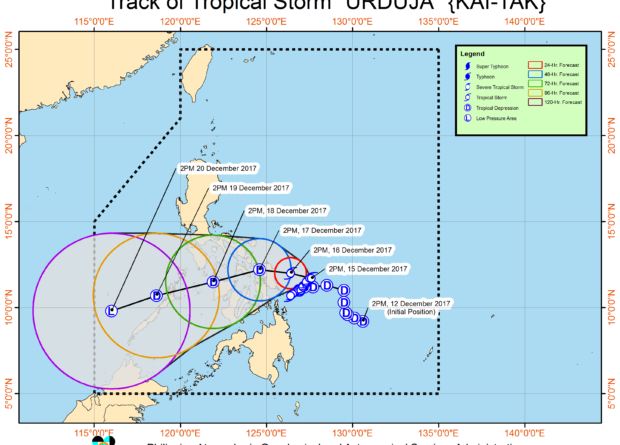 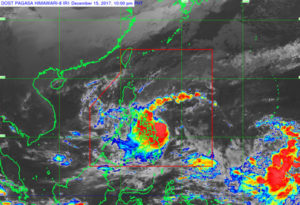 Urduja (international name Kai-tak),  which packed maximum sustained winds of 75 kph near the center and gustiness of up to 90 kph, was monitored to be almost stationary off the coast of Eastern Samar, moving west northwest at only seven kph. It is expected to make landfall between Northern and Eastern Samar on Saturday. PAGASA/Released

MANILA, Philippines — From blue, the National Disaster Risk Reduction and Management (NDRRMC) has raised its disaster alert level to red over a wide area of Eastern and Western Visayas due to widespread flooding and several landslides as Tropical Storm Urduja continues to dump heavy rains and remains almost stationary.

Storm Signal Number 2 is hoisted in Northern Samar, Eastern Samar, Samar and Biliran. These areas are expected to experience winds of between 61 to 120 kilometers per hour in the next 24 hours, according to the Philippine Atmospheric, Geophysical and Astronomical Services Administration’s weather bulletin issued at 11 p.m. Friday.

Signal Number 1 meanwhile has been raised in large swaths of Luzon and Visayas and Dinagat Islands in Mindanao where winds of between 30 to 60 kph are expected in the next 36 hours.

“At 10:00 p.m. today, the center of Tropical Storm ‘Urduja’ was estimated based on all available data at 240 km east of Borogan City, Eastern Samar,” the country’s weather agency said.

Urduja (international name Kai-tak),  which packed maximum sustained winds of 75 kph near the center and gustiness of up to 90 kph, was monitored to be almost stationary off the coast of Eastern Samar, moving west northwest at only seven kph. It is expected to make landfall between Northern and Eastern Samar on Saturday.

According to the weather agency, moderate to heavy rains are expected within the 500-kilometer diameter of the tropical storm. It adds that scattered to widespread rains will continue over Eastern Visayas and are expected to prevail in Bicol and the rest of Visayas.

Sea travel also remains risky in waters off the eastern seaboards of Bicol, Visayas and Caraga, according to PAGASA.

The tropical storm is expected to be at 165 km east of Catarman, Northern Samar Saturday evening and 30 km northwest of Roxas City, Capiz on Sunday evening.

A similar report also came from at least 18 barangays in Sigma and Mambusao towns in Capiz.

A dike in Naujan, Oriental Mindoro was reported to have collapsed, flooding Barangay Evangelista and causing the isolation of Barangays Paitan, Metolza and Magtibay. Several houses were destroyed and at least nine families were displaced.

It added that 670 rolling cargoes, 37 vessels and 24 motorized boats were prevented from leaving the ports of Bicol, the Visayas and the National Capital Region.

Ships were also prevented from leaving the seaports in Nasipit and Surigao.

It plans to ask the Department of Transportation to request bus companies to suspend trips to the ports of Matnog in Sorsogon and Allen in Samar to lessen the number of stranded passengers, and for shipping companies to inform passengers of cancellations.

The OCD in Bicol reported that the line of vehicles going to Matnog port reached three kilometers. 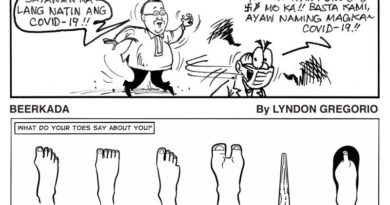 COMICS: Send In the Clown- THE “PROF” 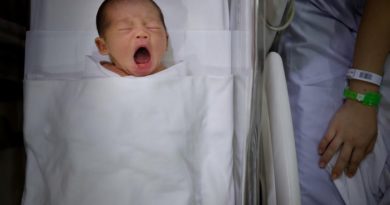 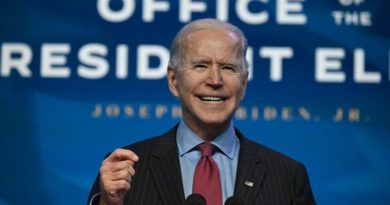