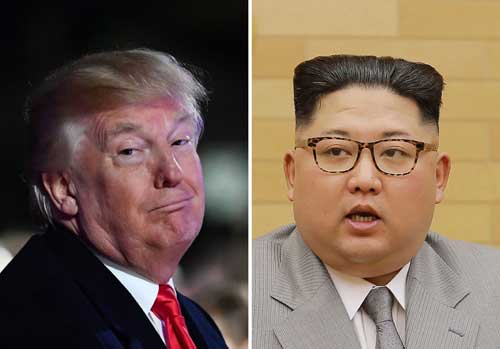 SEOUL: North and South Korea on Wednesday reopened a cross-border hotline which had been shut down since 2016, forging ahead with peace overtures despite taunts from US President Donald Trump who said he has a “much bigger” nuclear button than Kim Jong-Un.

The hotline was restored at 0630 GMT after Seoul proposed high-level talks in response to an olive branch from the North’s leader, who has offered to send a team to next month’s Winter Olympics in the South.

Kim’s overtures to the South marked a rare softening in tone. Tensions have surged in recent months following a flurry of North Korean missile launches and its most powerful nuclear test yet.

Seoul responded with an offer to hold talks on January 9—the first since 2015—to discuss “matters of mutual interest” including the North’s Olympic participation.

But Kim’s New Year address also included a warning to the US that he has a “nuclear button” on his table, prompting a furious response from Trump via Twitter.

“North Korean Leader Kim Jong Un just stated that the ‘Nuclear Button is on his desk at all times.’

“Will someone from his depleted and food starved regime please inform him that I too have a Nuclear Button, but it is a much bigger & more powerful one than his, and my Button works!” he said.

“Our President is a child. ‘Mine is bigger than yours’ may sound tough on the playground, but this is no juvenile affair. Literally millions of lives are at stake,” tweeted Colin Kahl, a former national security adviser to then Vice-President Joe Biden.

But Trump’s ambassador to the United Nations Nikki Haley maintained the tough line, playing down Seoul’s offer to hold talks. These would be a “band-aid” unless denuclearization was also up for discussion, she said.

US State Department spokesman Heather Nauert also warned that Kim “may be trying to drive a wedge of some sort between the two nations—between our nation and the Republic of Korea [South Korea].”

But the tentative rapprochement seemed to be moving ahead on Wednesday, with Kim welcoming Seoul’s support for his overtures, according to Ri Son-gwon, the head of North Korea’s agency handling inter-Korean affairs.

Hotline ‘very significant’
The two countries, divided by a Demilitarized Zone since the end of the 1950-53 Korean War, last held high-level talks in 2015 to try to ease tensions.

The hotline in the border truce village of Panmunjom remained operational until February 2016. It was shut down when relations worsened over a dispute involving the jointly operated and now closed Kaesong industrial complex.

Its President Moon Jae-In has long favoured engagement with the North, but the Trump administration insists the regime must give up its weapons drive before any negotiations can take place.

North Korea has shrugged off a series of tougher sanctions and heightened rhetoric from Washington as it drives forward with its weapons program.

It says it needs nuclear weapons to protect itself from a hostile Washington and has striven to create a warhead capable of targeting the US mainland with an atomic warhead.

Moon on Tuesday welcomed Kim’s olive branch as a “positive response” to Seoul’s hopes that the Pyeongchang Olympics would be a “groundbreaking opportunity for peace.”

COURTESY:
THE MANILA TIMES
BY AGENCE FRANCE-PRESSE
ON JANUARY 3, 2018
. 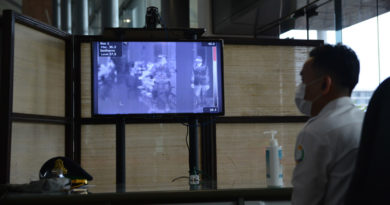 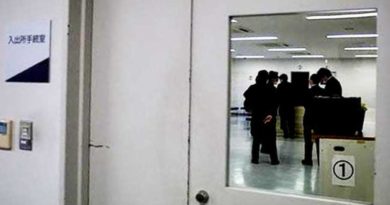 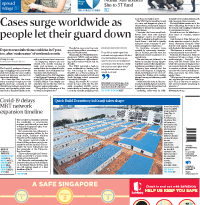