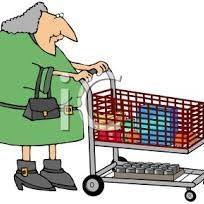 “If we can bring up our collection rate, say to 7 percent by eliminating exemptions, of course we are open to reducing the rate of the VAT (value-added tax),” Finance Secretary Carlos Dominguez 3rd told reporters.

The Finance chief was reacting to Senator Risa Hontiveros’ “Bawas VAT” bill, filed earlier this week, which seeks to reduce the VAT rate to 10 percent from 12 percent beginning next year.

Senate Bill 1671 aims to reduce the impact the recently-implemented Tax Reform for Acceleration and Inclusion (TRAIN) that raised taxes on fuel, cars and sugar-sweetened beverages, among others.

The bill states that once the collections from a 10-percent VAT reach 4.5 percent of gross domestic product (GDP), the rate can be further reduced to achieve full alignment with the Asean norm of 8 percent.

“There might be a possibility to reduce the rate by eliminating all exemptions, that is one possibility, but we haven’t calculated that yet but definitely we have to look at all the alternatives” Dominguez said.

“Unfortunately in the past VAT has been used as a fiscal incentive which is really wrong. There is no other country in the world which has so many exemptions,” he added.

The Finance department has claimed that over P300 billion in potential revenues are lost annually due to income tax holidays and other incentives with no time limits.

Based on 2015 data, income tax holidays and special rates enjoyed mostly by large businesses accounted for P86.25 billion of the revenue losses, with another P18.4 billion coming from customs duty exemptions.

The bulk, or P159.82 billion, was due to exemptions from paying the VAT on imports and another P36.96 billion from local VAT, although part of this tax will eventually have to be refunded because these are imposed on exporters.

The total P301.22 billion in losses does not include exemptions from the payment of local business taxes and tax leakage estimates, the department said.

Package Two, which is focused on reducing corporate income taxes and the rationalization of fiscal incentives, was submitted to Congress earlier this month.

Package Two Plus, comprising taxes on tobacco, alcohol, mining, coal and casinos, is expected to be presented to legislators later this month.

Senator Hontiveros, in the explanatory note to SB 1671, said that the government should rely less on taxes that are passed on the consumer.

Citing the Finance department’s claim that tax collection will also improve along with the Train law’s implementation, she also said that the state should consider lowering the burden on “near poor” wage earners.

OPINION- GET REAL : Inciting to sedition – By Solita Collas-Monsod 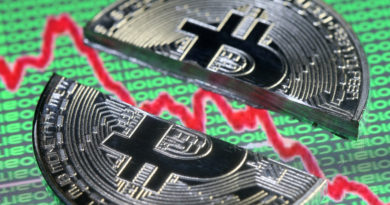 LONDON/TOKYO: BUSINESS/BITCOIN – Bitcoin Plunges Below $13,000, Heads for Worst Week Since 2013 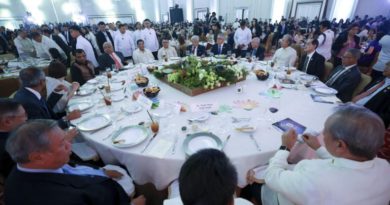