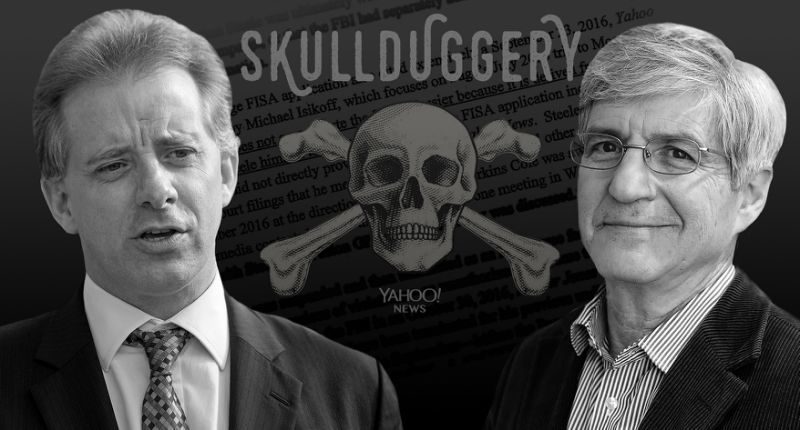 In a new podcast, Yahoo News Chief Investigative Correspondent Michael Isikoff gives details of a key passage in the controversial Republican memo alleging surveillance abuses by the FBI and the Department of Justice — a passage in which Isikoff himself, to his surprise, played a leading role.

The memo, which was released Friday after it was declassified by the White House, says a September 2016 article by Isikoff was “cited extensively” in an FBI application for a surveillance warrant against former Trump campaign adviser Carter Page.

Isikoff was the first to report that Page was under federal investigation over a trip he had taken to Moscow two months earlier.

On a new episode of Yahoo News’ weekly podcast “Skullduggery,” Isikoff discussed with Yahoo News Editor in Chief Dan Klaidman his meeting with Christopher Steele, the former British spy who prepared the dossier about Donald Trump that was also a major part of the FBI’s application to the Foreign Intelligence Surveillance Court for permission to wiretap Page.

Listen: “Skullduggery, Episode 4: The spy, the reporter and the memo”

The memo, prepared by GOP House intelligence committee chairman Devin Nunes, claims that the FISA application relied on the Yahoo News article to “corroborate” the Steele dossier — but that the article “was derived from information leaked by Steele himself to Yahoo News.”

“One reason that kind of stuns me is obviously is the information I got from Christopher Steele was information that the FBI already had,” Isikoff said.

Isikoff said he was introduced to Steele by Glenn Simpson, the former journalist who founded the research firm, Fusion GPS, who invited him to meet a “secret source” at a Washington restaurant.

“Glenn had booked a private room upstairs so that no one would see us,” Isikoff recalled. “During the hour or so we talked that day, Steele tells me an amazing story — how one of Donald Trump’s foreign policy advisers, Carter Page, had flown to Moscow and had private talks with close associates of Vladimir Putin about lifting U.S. sanctions against Russia.”

“And Steele tells me something else that day that gets my attention: He’s taken this information to the FBI and the bureau is very interested,” Isikoff continued. “Why were they interested? What did the bureau know that would prompt them to take the extraordinary step to launch an investigation into an adviser of the Republican nominee for president?”

Isikoff said Steele was “a serious guy” and came across as credible.

“He was not interested in small talk,” Isikoff said. “It was all business. And he had what clearly he viewed as very significant information he developed from his sources.”

Isikoff said his resulting story did not rely solely on what Steele told him.

“I talked to a senior U.S. law enforcement official who was well aware of these allegations,” Isikoff said. “For me, the key piece, the reason that this was a story, was the fact that the FBI was investigating Page.”

Trump declassified the four-page memo and authorized its release on Friday, ignoring warnings from current and former FBI and Department of Justice officials and numerous lawmakers who said doing so would be reckless and dangerous.

According to the Washington Post, Trump had reportedly told friends in recent days that he believes the memo will vindicate his repeated claims that special counsel Robert Mueller’s Russia investigation was a “witch hunt” and could justify his firing of Deputy Attorney General Rod Rosenstein, who is overseeing Mueller, or even Mueller himself.

Lawmakers on both sides of the aisle blasted the decision. Rep. Adam Schiff, the ranking Democrat on the House intelligence committee, vowed to “fight” to release the Democratic response to Nunes’ memo, which has yet to be declassified.

“The American people deserve to know all the facts surrounding Russia’s ongoing efforts to subvert our democracy,” McCain said. “If we continue to undermine our own rule of law, we are doing Putin’s job for him.”

Virtual Studios: What’s in the controversial GOP memo after its release? 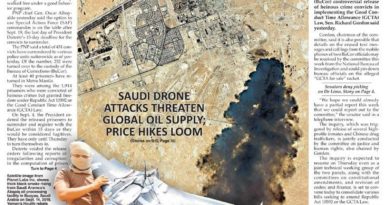 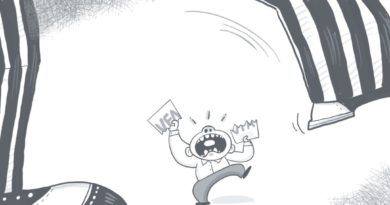 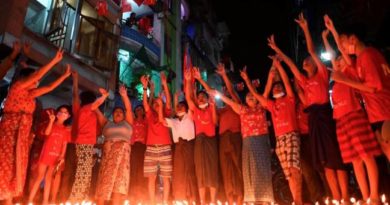