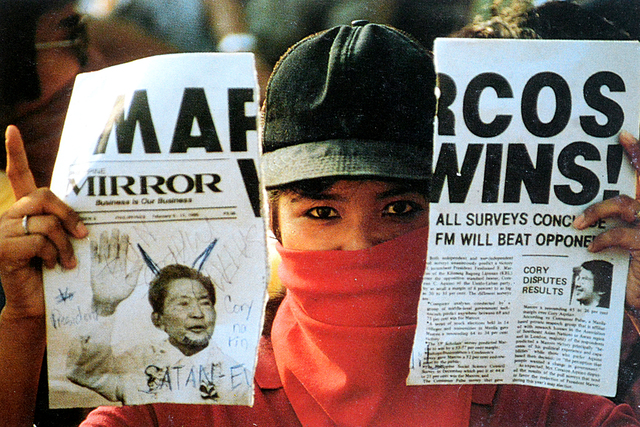 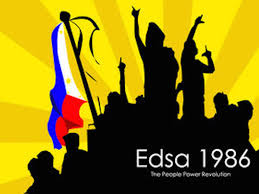 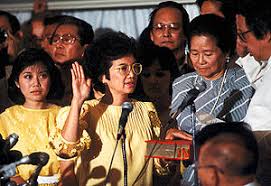 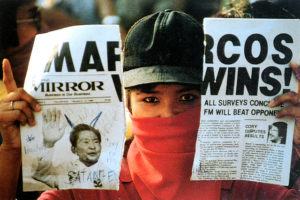 Imee Marcos, the eldest child of the late dictator Ferdinand Marcos and now governor of Ilocos Norte, let loose with a blatant falsehood recently: that her father had refused to fire on the rebels and the vast number of civilians thronging Camps Crame and Aguinaldo on Edsa during the uprising that was eventually hailed worldwide as the People Power Revolution of 1986.

She claimed that despite the entreaties of his advisers “na pasabugin ang Edsa pati na ang tower ng Radyo Veritas” (bomb Edsa, as well as the Radio Veritas tower), her father rejected the idea because “sabi niya Pilipino ang mga iyan” (he said the rebels and civilians are Filipinos).

The implication, of course, was that Marcos — despite his reputation by that time as the authoritarian leader of a martial law regime that racked up a gruesome record of human rights abuses and acts of repression for some 14 years — was in reality a benevolent leader who, even when pressed to a corner, would not harm his countryfolk.

Deliberate or not, this version of events in Imee’s mind is false. There was in fact an order to decimate the mutineers on Edsa. On Feb. 24, the third day of the uprising, a helicopter detachment of the 15th Strike Wing of the Philippine Air Force, led by Col. Antonio Sotelo, proceeded to the area with express orders from Malacañang to bomb Camp Crame, where then Defense Minister Juan Ponce Enrile and Gen. Fidel Ramos had holed up after announcing their defection from the regime.

Nearly two million Filipinos were then gathered in and around the camp to protect the defectors and the soldiers of the Reform the AFP Movement led by Col. Gringo Honasan (now a senator), who had joined Enrile and Ramos in the mutiny.

Those Marcos-authorized bombs would have meant a virtual massacre of defenseless citizens armed only with rosaries, flowers and tearful pleas to other soldiers — especially those manning the tanks dispatched by Marcos henchman Gen. Fabian Ver — to move to their side.

What followed was one of the most dramatic highlights of the historic event: Instead of carrying out their mission, Sotelo and his crew landed their helicopters on the Crame grounds and, to the people’s jubilation, joined the revolt.

The increase in firepower and psychological advantage swung the momentum further toward Enrile and Ramos, who by that time had both pledged their allegiance to and recognized Corazon Aquino as the rightful winner of the snap election. (They would be present when Aquino was sworn in as the new Philippine president at Club Filipino the day after.)

The strongman Marcos lasted only one more day before he and his family made a panicked departure from Malacañang to escape the wrath of the nation they had pillaged and run to the ground. (Outside in the heaving streets, Filipinos were massing and on the march toward the Palace.)

Those are the facts, borne out by extensive documentary record. Social media was nonexistent then, but the local “mosquito press” (the mainstream local media had long been suppressed) was present and the world’s cameras were trained on the events happening in Manila. (“The view from the Philippines was spectacular,” Newsweek wrote in the aftermath, marveling that “The People themselves” toppled the regime.)

That a Marcos heir now feels emboldened to revise history without so much as a blush is a testament to the sea change in fortunes that this unrepentant family has experienced under the friendly administration of President Duterte — despite the latter’s declared aversion to the base and the corrupt.

Such attempts to recast and diminish Edsa (or at least a facet of it) will continue, given the Marcoses’ long-term project to rehabilitate themselves and return to power.

Today, the 32nd anniversary of the Filipino revolution that inspired similar uprisings all over the world is being marked at an alarming time, when authoritarian tendencies appear to be back in Malacañang, and threats to the media, dissenters and vigilant citizens have become commonplace.

Edsa should serve as a stern reminder: Filipinos are a patient lot, but they know what to do with dictators and the like. 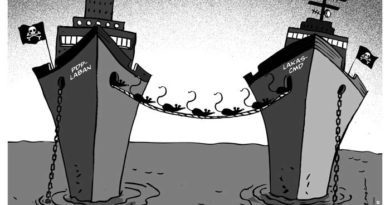 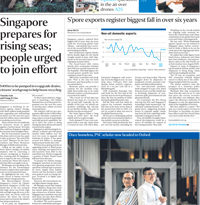 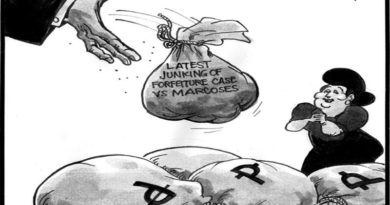