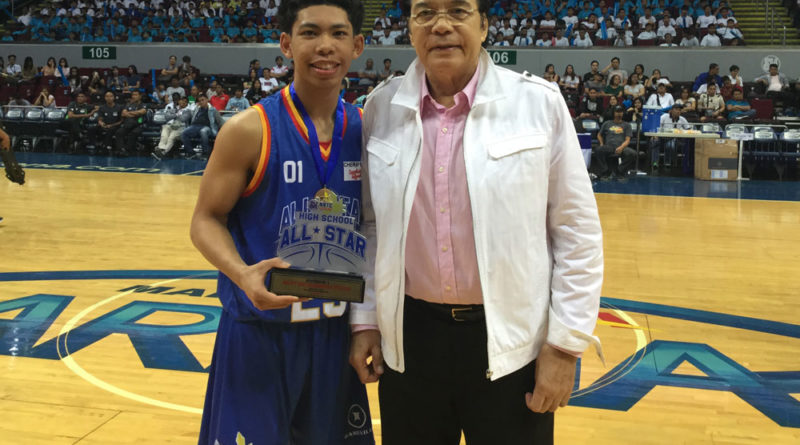 .
.
MANILA, Philippines – Filipino-American Kihei Clark came out of nowhere to led Team Heart to a 99-91 victory over Team Hustle in the 2018 SM-NBTC Division One High School All-Star Game at the Mall of Asia Arena in Pasay City.

Clark — who hails from Los Angeles, California and is headed for Virginia in the Atlantic Coast Conference — scored 13 points, grabbed seven rebounds, and dished out six assists in a scintillating performance that overshadowed FilAm Sports USA teammate Jalen Green, whose high-flying dunks rocked the crowd.

“I came over here and didn’t expect much but this has been a very memorable trip for me,” said the 19-year-old Clark.

Clark was awarded the Most Outstanding Player Award by none other the PBA legend Robert Jaworski.

“I didn’t know about Mr. Jaworski but he was awful nice,” noted Clark.

“It was an honor to be honest. And his words of encouragement — he told me to keep working hard and I might be able to see my NBA dream come true. This has been a pleasant trip, I’ll say.”

Team Heart broke a 75-all deadlock with a triple by Clark and a tip-in by Kai Sotto. Terence Fortea and Clark each drilled a pair of triples to stretch the lead to 90-82, 2:40 to play. Team Heart, coached by Topex Robinson and Joe Silva, then coasted the rest of the way for the win.

The crowd waited with baited breath for the aerial exploits of Jalen Green whose three dunks — including one over Kai Sotto — had everyone jumping up and down.

“He had a tough time,” noted Clark of Green, who finished with 11 points on a 5-of-11 shooting.  / Rick Olivares (philstar.com) – March 23, 2018 – 2:37pm / All photographs, news, editorials, opinions, information, data, others have been taken from the Internet ..aseanews.net | [email protected] / For comments, Email to : SPORTS STATION | [email protected] | Contributor 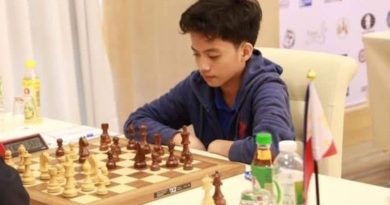 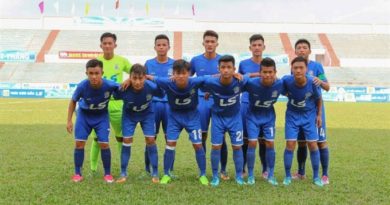 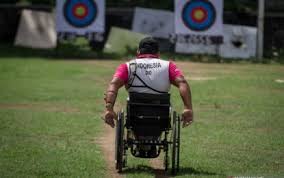