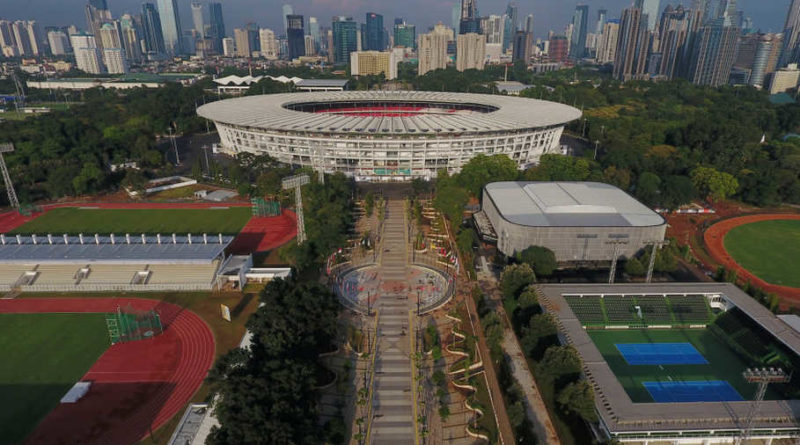 A general view of Gelora Bung Karno Sports Complex in Central Jakarta where opening and closing ceremonies of he 2018 Asian Games will be held. (Antara Photo/Wahyu Putro A.)

Jakarta. There are only four months left before the start of the 2018 Asian Games, co-hosted by Jakarta and Palembang, South Sumatra.

About 10,000 athletes from 45 countries are expected to compete for 463 gold medals in 40 sports and 67 disciplines during the pan-Asian multisport event, which will take place between Aug. 18 and Sept. 2.

Indonesia also hosted the Asian Games in 1962, when it finished in second place after Japan, with 11 gold, 12 silver and 28 bronze medals.

The velodrome will stage cycling events during the Asian Games and it is expected to accommodate up to 5,000 spectators.

Just like then, the main venue of this year’s edition of the event, which is held every four years, will be Gelora Bung Karno Sports Complex in Central Jakarta, named after Sukarno, the country’s first president.

This year, the sports complex will have 14 venues hosting at least 15 sports, in addition to other venues in the greater Jakarta area. Jakabaring Sport City in Palembang will host at least 10 sports.

The Indonesia Asian Games Organizing Committee (Inasgoc) has allocated Rp 8.7 trillion ($632 million) – Rp 4.5 trillion of which comes from the state budget – for the event.

Around Rp 3.7 trillion of this money will be spent on the revitalization of sporting venues, both in Jakarta and Palembang.

The Jakarta Globe has compiled a list of nine venues in Jakarta that will be used during this year’s event. The Rp 779.9 billion renovation of Gelora Bung Karno Main Stadium, built in 1960, was completed in January. It can now accommodate 80,000 spectators, compared with 90,000 previously, due to the installation of a single-seat system. The venue will be used for football and athletics during this year’s Asian Games. Gelora Bung Karno Aquatic Center, which has four pools and a seating capacity of 8,000, is one of the largest swimming stadiums in Asia.

The Rp 274 billion renovation of the stadium was completed in November last year and it now complies with International Swimming Federation (FINA) standards.

It will be used to stage diving, swimming, synchronized swimming and water polo competitions during this year’s Asian Games. This file photo shows preparations for the 2018 Indonesia Masters, which took place at Istora in January. (Photo courtesy of the Public Works and Housing Ministry)

Istora is an indoor hall used to stage badminton and basketball events, in addition to shows and exhibitions. Its name is a contraction of the Indonesian name Istana Olahraga, or Sports Palace.

Following the renovations, completed in January, the facility now has a seating capacity of 7,166, compared with 10,000 previously.

The revamp cost around Rp 132 billion, funded from the state budget. The revamp of Gelora Bung Karno Hockey Field was already completed in May last year due to the fact that it only required minor renovations, such as the replacement of the pitch with material imported from Australia.

The 350-seat facility was certified to comply with international standards after an assessment by the International Hockey Federation. The indoor hall will stage volleyball and jujitsu competitions during this year’s Asian Games, while tennis matches will take place on the outdoor courts and at Bukit Asam Tennis Stadium in Palembang. State-owned contractor Brantas Abipraya started renovations of both the indoor and outdoor courts in September 2016. Renovation of the 2,920-seat basketball hall at Gelora Bung Karno Sports Complex was completed earlier this year, followed by a test event in February. The facility is equipped with 18,000-watt lamps to allow for matches to be played at night.

State-owned constructor company Wijaya Karya won the Rp 213 billion bid to renovate the facility, along with the baseball and softball fields, and Madya Stadium, which was designed as an athletics training ground.

The Rp 417 billion renovation of Jakarta International Equestrian Park by Wijaya Karya is still underway, with construction work, which started in February last year, scheduled for completion by next month.

The 40.7-hectare facility in Pulomas, East Jakarta, will be able to accommodate 156 horses and have seating for 1,500 spectators. It belongs to the provincial government. Rawamangun Velodrome in East Jakarta, built in 1973, is currently being refurbished at a cost of Rp 665 billion, funded by the provincial administration. Renovations of the Rawamangun Velodrome still underway in this photo taken in March. (Antara Photo/Sigid Kurniawan)

The renovations started in April 2016 and are scheduled for completion by the end of this month. 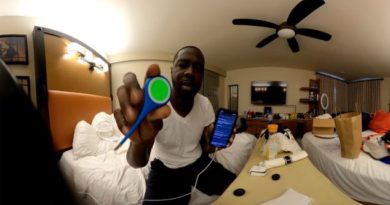 Inside the NBA bubble in 360 degrees: NBA says photographer who posted offensive Kamala Harris meme is no longer in bubble 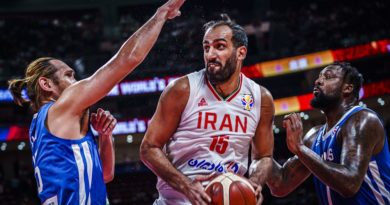 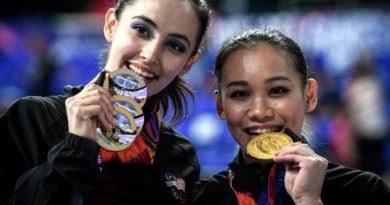