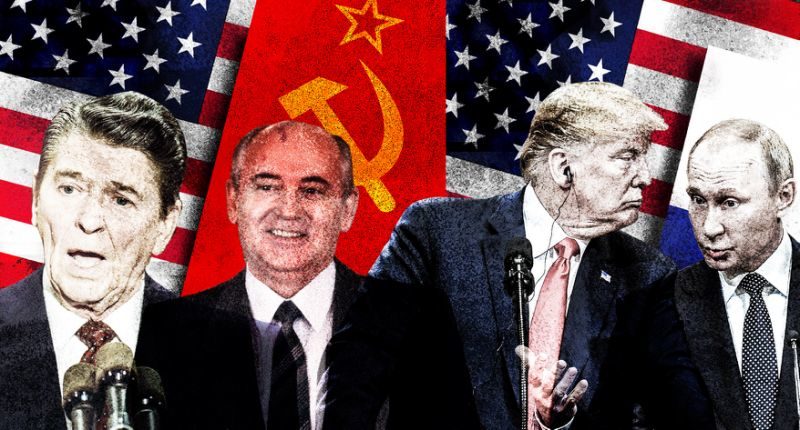 For a year and a half now, President Trump has managed to lead by misleading. For every rookie misstep, for every unstable declaration or outright lie the journalists gleefully report, the president offers some variation on a simple response:

Who are you going to believe — me or the media?

Elections, any good strategist will tell you, are choices, not referendums. And this is how Trump approaches the presidency, too. He understands — and this is no small insight — that however much people may question his veracity, they trust those of us who chronicle or criticize him even less.

The strategy was on full display for much of last week, as the president blustered and bungled his way across the European continent. Did Trump really say he wasn’t sure we needed NATO anymore? Fake news, the president said.

Did Trump tell the Sun that Prime Minister Theresa May didn’t listen to his advice and had botched Brexit? More fake news, even though you could hear the audio for yourself.

Just say the media made it all up or took it out of context, and the whole controversy becomes, at worst, a muddle of suspect narratives.

Which is why even a shaken Trump seemed to understand that his post-meeting performance with Vladimir Putin might be remembered, years from now, as a turning point in his presidency. This wasn’t just another anonymously sourced story he could completely deny, or some dimwitted comment he could say he never made.

This was right there for everyone to watch for themselves, live on all the channels. And unless you’re one of those 25 percent of Americans who would continue to support Trump even if he ripped off his face to reveal a lizard alien sent from some distant galaxy to subjugate humanity because, you know, even an insatiable carnivorous alien lizard is better than Obama, then what you saw had to leave you a little nauseated.

This was Trump presenting a united front with one of the world’s most repressive and deceitful leaders, throwing the men and women who quietly and bravely defend our country under the grinding wheels of a Russian limousine.

“Seinfeld” fans might call this the “Opposite Day” defense. Trump was just doing his best George Costanza.

Watching this whole tragic spectacle, which John McCain rightly called “one of the most disgraceful performances by an American president in memory,” by which he must have meant the memory of Galápagos tortoises, sent me tumbling in my mind back to 1986.

That was the year I can clearly remember watching a stone-faced Ronald Reagan and Mikhail Gorbachev get into their limousines and depart Reykjavik in a mournful silence.

Being a college freshman at the time, I thought Reagan had been foolishly stubborn to storm off from that summit — where the two leaders, we later learned, came pretty close to abolishing their nuclear stockpiles — just because Gorbachev insisted that Reagan give up his maniacal plan for shooting down missiles from space. (Thirty-two years later, Putin is still asking for the same thing.)

But here’s what I found myself contemplating this week: No matter how divisive a figure Reagan could be (and again, being a college kid, I was the proud owner of an inflatable punching bag in his likeness), none of us for a moment entertained the possibility that he didn’t have in mind what he genuinely thought best for the country.

Reagan was a patriot. His policies were open to debate, but his motives were not.

What’s unthinkable about Trump is that we actually have to wonder whose side he’s on and why. Just as we might have wondered about Harry Truman if, taking over for Franklin Roosevelt, he had stood next to Gen. Tojo and declared that Pearl Harbor was really no one’s fault and we were idiots for leaving our bases so vulnerable.

It may not have been, as the former CIA Director John Brennan said on Twitter, textbook treason for Trump to publicly ally himself with a foreign despot against his own government. That the question couldn’t be immediately dismissed, however, made clear that Trump had set a new low for the American presidency.

Personally, I’m not surprised that Trump, who permeated the popular culture as a high-stakes dealmaker, turns out to be, at a minimum, a terrible negotiator who doesn’t seem to grasp the strategy that adversaries are using to manipulate him.

The problem isn’t that Trump is compromised, necessarily. It’s that he is a man entirely without empathy. And if you lack the capacity to empathize, you can’t possibly negotiate effectively. You can’t guess at the other guy’s strategy or pick up on the lie.

What makes a politician like Reagan great at diplomacy is the inherent ability to read other leaders and understand the stories they’re telling themselves. Trump doesn’t read people. The only story he cares about is the one in his head.

So what does all this mean for Trump’s presidency?

I don’t know if Helsinki will cost Trump much of his public support in the short term. This isn’t the Cold War, and I suppose there are plenty of voters who don’t think it matters very much to their daily lives if Putin meddles in our election system or expands his influence in Europe and the Middle East.

But I would imagine that some of the Reagan-loving Republicans who have been integral to his presidency up to now will be rethinking their loyalties in the weeks to come. And they absolutely should.

There are a bunch of rationales that conservatives in the so-called establishment have employed to get themselves to sleep at night while pledging unconditional support for the president.

Some take the view that Trump’s various personality flaws are worth enduring for the policies his presidency makes possible — tax cuts, deregulation and of course Supreme Court justices who will take the court decisively rightward. Others see embracing Trump as the only way to hold off insurrection within the party. There’s probably plenty of overlap here.

But many of those who joined the administration or who have acted as advisers to Trump from the start will tell you that their service is an act of patriotism. Better to be on the bridge  of the ship, subtly nudging the wheel and soothing the capricious captain, than down below in the brig, powerless to stop the drift.

Serious soldiers and public servants like John Kelly and James Mattis and Dan Coats, to name a few, have seen themselves as bulwarks against chaos, steady hands to guide the administration in a dangerous world.

But what Helsinki should have made clear — has to have made clear, really — is that no one is mitigating anything. You can play at being Henry Kissinger all you want, but at the moments that count, Trump is always going to be a lot more Nero than Nixon.

And in fact, it’s obvious now that you’re making things worse. By giving Trump the patina of credibility, by vouching for him with the public and the military and the intelligence establishment, you’re prolonging the charade, and you’re letting the rest of the world think that Trump represents a permanent retreat from sanity.

I can’t imagine that Reagan — a man who cleaved his party in order to purify its ideology — would have countenanced that.

Or maybe I can’t imagine he wouldn’t have. I always get those two words confused. 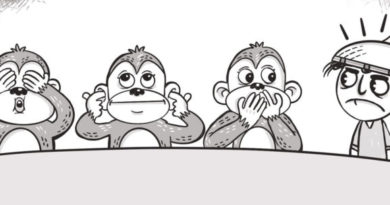 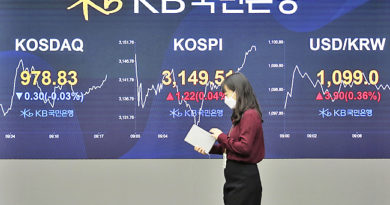 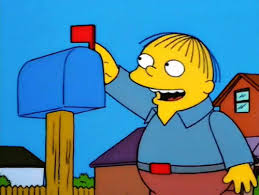 LETTER TO EDITOR: KUALA LUMPUR- Shortcomings of a constitution