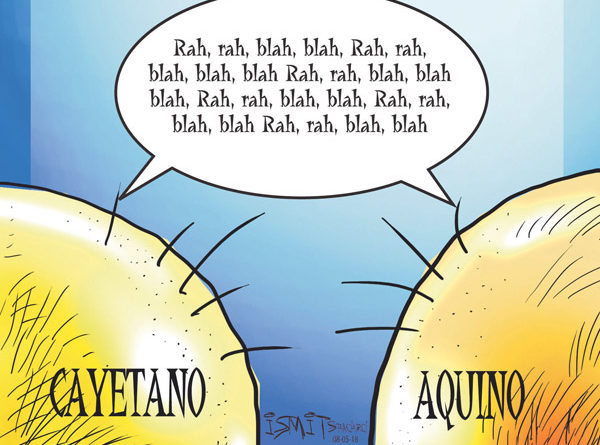 THE exchange of words between former President Benigno Aquino III and Foreign Affairs Secretary Alan Peter Cayetano is hardly inspiring. Aquino had thought it prudent to criticize the Duterte administration’s foreign policy, specifically on the dispute over the South China Sea, saying that Cayetano should be as transparent as his hairstyle. Cayetano said Aquino’s reference to their hair was regrettable, but referred to it anyway as he emphasized that just as the both of them had lost some hair, the latter lost an opportunity to expand tourism, infrastructure and agriculture. The Foreign Affairs Secretary blamed Aquino as well as his own predecessor, Albert del Rosario, plus Senator Antonio Trillanes IV, for a bungled approach to the dispute.

“We note that there seems to be a denial all around of any negotiated joint withdrawal of both Chinese and Philippine vessels from the shoal. Was there an agreement? Brokered by who?” Cayetano said.Aquino, in turn, said Cayetano need not ask questions because the answers were readily available. The former president reminded Cayetano of the Philippines’ victory in the Permanent Court of Arbitration in The Hague, saying “we, a small nation, were able to clarify and assert the rights of all before a superpower.”This decision held that China’s so-called nine-dash line, which would allow it to claim a large part of the South China Sea, had no legal basis. China, and predictably so, has refused to recognize, much less abide by, the ruling, claiming the PCA had no jurisdiction over it and that the matter is best settled bilaterally.

This is the same decision that the Duterte administration has failed to uphold, creating the perception that its China policy is one of appeasement or acquiescence and that it is allowing our giant neighbor to bully us in exchange for loans, investments and aid. While we expect the government to take a firmer stance with regard to China, we also hope Aquino and Cayetano would stop their bickering. It turns them into petty, comical caricatures who should not be taken seriously. Think of what this will do to the already-low regard China appears to have for us. Imagine how laughable this will sound—a former chief executive and the current top diplomat talking about hairlines and blaming each other for the sorry situation we seem to be in. If Aquino and Cayetano want to give each other a piece of their minds, they should meet up and thresh their issues out in person. Dragging the rest of us in their ugly word war simply diminishes our stock. 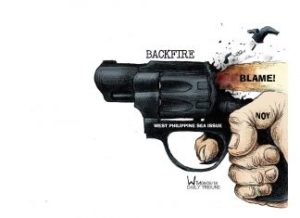 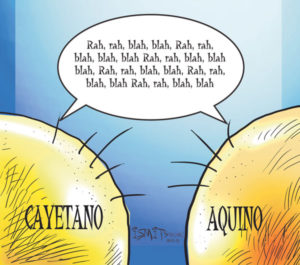 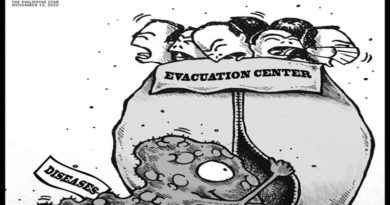 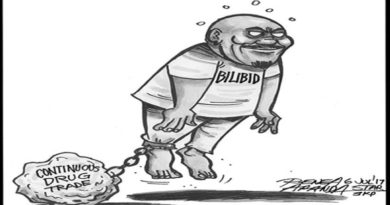 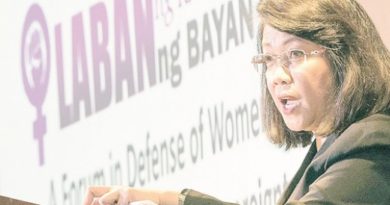 OP-ED COLUMNISTS: GET REAL By: Solita Collas-Monsod – ‘Knives out for Sereno’