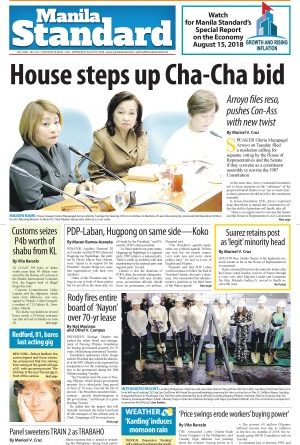 Headline Latest Top Stories
August 8, 2018August 8, 2018 Contributor 0 Comment ASEANEWS HEADLINE: MANILA – House steps up Cha-Cha bid
Speaker Gloria Macapagal Arroyo on Tuesday filed a resolution calling for separate voting by the House of Representatives and the Senate if they convene as a constituent assembly to rewrite the 1987 Constitution.
.
At the same time, Arroyo instructed lawmakers not to focus anymore on the “substance” of the proposed federal charter so as “not to waste time” as these questions should be left to the constituent assembly.In House Resolution 2056, Arroyo expressed hope that efforts to amend the Constitution to effect the shift to federalism will finally take off.“There is an urgent need to convene the Senate and the House of Representatives as a Constituent Assembly in order to consider the proposed amendments to the 1987 Constitution,” Arroyo said in the resolution.“It appears from media reports that the Senate has taken the position that the manner of voting in a constituent assembly that would propose amendments to, or revision of, the 1987 Constitution under Section 1, Paragraph 1 of Article XVII, must be done separately… the House of Representatives is taking the same position of the Senate thereon,” Arroyo said in the resolution.Attending the initial meeting of the House committee on constitutional amendments, chaired by Leyte Rep. Vicente Veloso, Arroyo urged the panel not “to waste time” by discussing the substance of the constitution during the hearings, saying these should be left to the constituent assembly.House Majority Leader and Camarines Sur Rep. Rolando Andaya earlier said his committee will have the Arroyo resolution included in the order of business and agenda of the day, setting the stage for its eventual approval in the House plenary session.With Arroyo’s resolution, the House will withdraw the resolution drafted by her predecessor, Davao del Norte Rep. Pantaleon Alvarez, who she ousted.Arroyo’s position on separate voting is in stark contrast to Alvarez’s, which held that both chambers should vote jointly, an arrangement that would render the Senate votes insignificant, as there are only 24 senators as against 297 congressmen.The Constitution provides that Congress, by a vote of three-fourths of all members, shall propose amendments to the Constitution, but is silent on whether both chambers should vote jointly or separately.But Arroyo, in a bid to break the impasse with the Senate, has supported separate voting.“Better to move forward and achieve something than to be very stubborn and achieve nothing,” Arroyo said.Veloso’s committee on Tuesday went into an executive session to discuss how to convince the Senate to convene with the House as a constituent assembly. 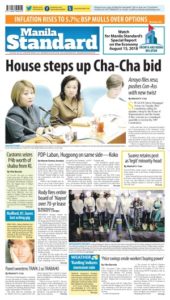 “We are not here to discuss the substance of the proposed constitution. We will just hear out our resource persons, particularly on the point on how we can convince the Senate to join the House of Representatives in convening into a constituent assembly,” Veloso said before the panel held its closed-door meeting.Senate President Vicente Sotto III on Tuesday welcomed Arroyo’s resolution.“That’s good because it fortifies our position,” said Sotto, who has maintained that the senators and members of the House of Representatives should vote separately in a proposed constituent assembly to amend the 1987 Constitution.Sotto said he will refer the resolution to the Senate committee on constitutional amendments and codes chaired by Senator Francis Pangilinan as soon as the House resolution is transmitted to them.Senator Aquilino Pimentel III also described Arroyo’s initiative as a “welcome development” and said he was willing to give the former president the benefit of the doubt.“You should trust your fellow worker in government. Let us not always think that there is always a hidden agenda,” he said.The mode of amending the Constitution, he said, is one issue resolved, although there are still a lot of substantial issues that remain contentious.But Senate Minority Leader Franklin Drilon said the House should give up on convening Congress into a constituent assembly, arguing that there is just no time.Pangilinan, meanwhile, said the House needs a genuine opposition in the minority to raise critical questions about proposed amendments to the Constitution.Pangilinan is president of the opposition Liberal Party, which is seeking recognition as the minority bloc in the House following Arroyo’s rise to the speakership.But Quezon Rep. Danilo Suarez, who was the minority leader under Alvarez, said his post was never vacated even if he voted for Arroyo as speaker. 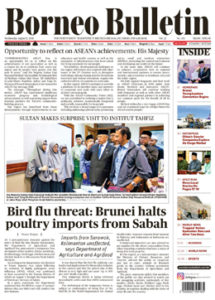 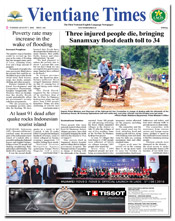 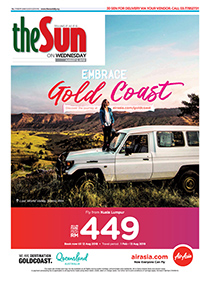 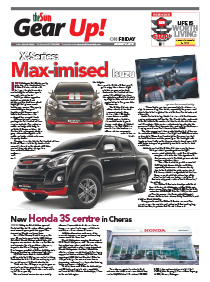 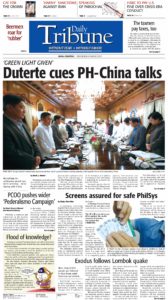 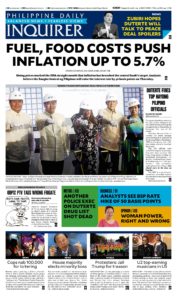 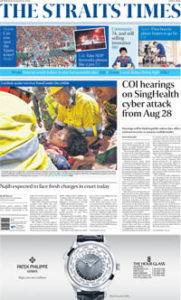 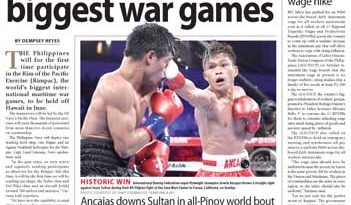 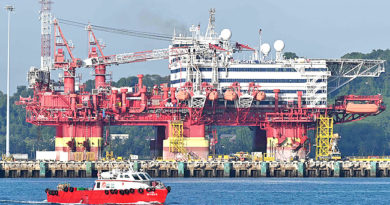 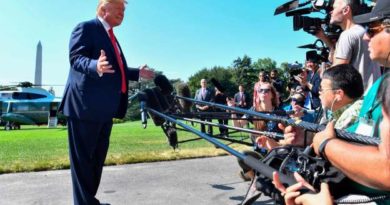 WASHINGTON: Trump suspends CNN analyst’s credentials in another shot at the press