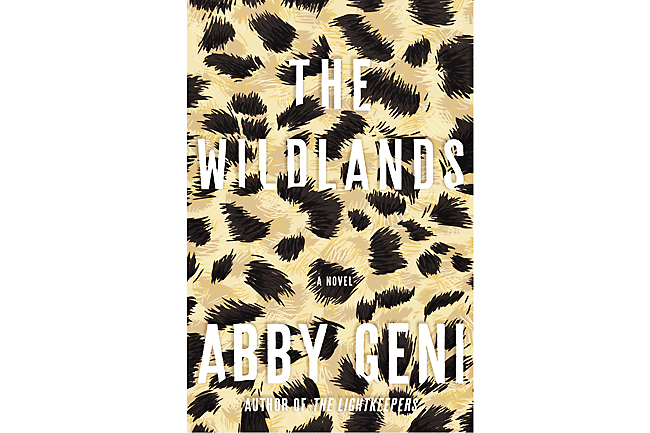 Arts and Science
October 1, 2018 Contributor 0 Comment ARTS-BOOKS: Book World: After an act of ecoterrorism two siblings go on the run in ‘The Wildlands’

The Wildlands by Abby Geni

IN THE opening pages of The Wildlands, two siblings in an Oklahoma basement face off when one wants to venture into the path of a Category Five tornado to find their father. It’s not the last time domestic tensions fuel discord in Abby Geni’s second novel. But the overarching conflict is bigger than one family: To what lengths should people go to protect the animal kingdom from the ravages of humans – and at what human cost?

Geni tells her story from the alternating perspectives of two motherless sisters, nine-year-old Cora and 22-year-old Darlene McCloud. The tornado that launches The Wildlands occurred when Cora was six; it razed her family’s farm and sucked her father into the sky, orphaning her and the other McCloud children – the soccer-playing Jane; the charismatic and volatile Tucker; and Darlene, who abandoned her college dreams to care for her younger siblings.

In the aftermath of the tornado, Tucker grows increasingly alienated and soon disappears, only to return three years later to commit an act of ecoterrorism that leaves him injured. Bleeding and on the run, he enlists the help of Cora, who agrees to flee with him. “I had never bothered to consider the way I loved my sisters; our mutual affection was as unremarked as oxygen,” Cora reflects as she explains why she left with her brother. “But Tucker was something else. His love for me, and mine for him, was intoxicating, sweetening the very air I breathed.”

The glimpses of Tucker’s mind through his conversations with Cora offer a tantalising window into the sibling whose story isn’t fully told. Geni brilliantly captures the magnetism of a fanatic whose diagnosis of society’s ills is spot-on but whose conclusions are deranged. As Tucker heals and the two begin a westward trek, he indoctrinates his sister with lectures and stories that feature them as heroes. In thrall to her brother, Cora becomes a half-witting accomplice to escalating acts of violence that culminate in bedlam at a Southern California zoo.

Meanwhile, Cora’s kidnapping pierces the tough exterior Darlene has developed under the strain of supporting her sisters. She is frantic to recover Cora and furious that her brother has risked their sister’s well-being to further his own agenda. Her fierce practicality goes up against his obdurate idealism in a principled conflict that is as fraught as that in Herman Melville’s Billy Budd.

Yet The Wildlands fails to leverage the dramatic heights of its setup, in part because Darlene and Tucker are never allowed to truly clash. The perspectives also deflate the central tension: Cora’s sections are told in first person, and Darlene’s are written in third, but the two voices are scarcely distinguishable. Further, though Cora’s sections are supposedly written when she’s looking back as an adult, they contain few of the judgments or reflections that time would lend to her narration. The effect is a sameness that flattens Geni’s characters and ultimately robs them of credibility.

Still, there are haunting passages, as when Cora – whom Tucker has disguised as a boy and refers to as ‘Corey’ – reckons with her new, male identity. “When Tucker and I walked into a convenience store, the clerk saw two brothers on the road together, both watchful and lanky, communicating in grunts and nods, similar in gait and bone structure, sharing an unmistakable ease. Cora had become an unspoken name, a girl hidden in plain sight, a memory.” Darlene’s sections never come to life in the same way.

Geni has built a small oeuvre around the interface between the natural and human worlds. Her collection The Last Animal included stories in which the relationships between people and animals were prisms through which to view human experiences such as marital infidelity and familial loss. In her first novel, The Lightkeepers, she explored the pitilessness of nature and the biologists who study it on a remote island off the California coast.

Geni is a careful etcher, though there’s something cool and studied about her work that keeps a reader at arm’s length. The human tensions are often weighed down by her meticulous descriptions of animals and natural surroundings that aren’t always filtered through the emotions of her characters. She has a gift for conceiving high-stakes scenarios yet tends to shy away from their dramatic resolutions. Bearing witness to nature’s beauty and violence does not in itself constitute a dramatic denouement. In The Wildlands, Geni invites readers to observe its characters as attentively as a scientist, but ultimately gives too much – and yet not enough – to see. – Text and Photo by The Washington Post 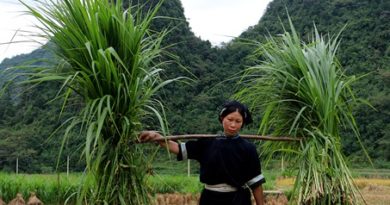 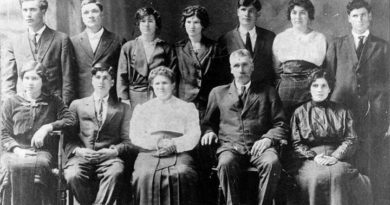 The Thomas Jefferson Mystery- Outside of the Mystery – Next Part 24: Remembering Sally’s Name 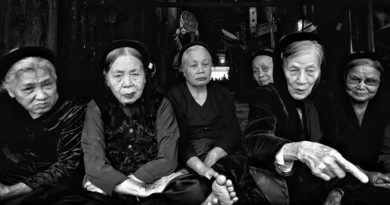 ASEAN PHOTO GALLERY: Photo of the Day – ‘WISDOM’ By The Viet Nam News