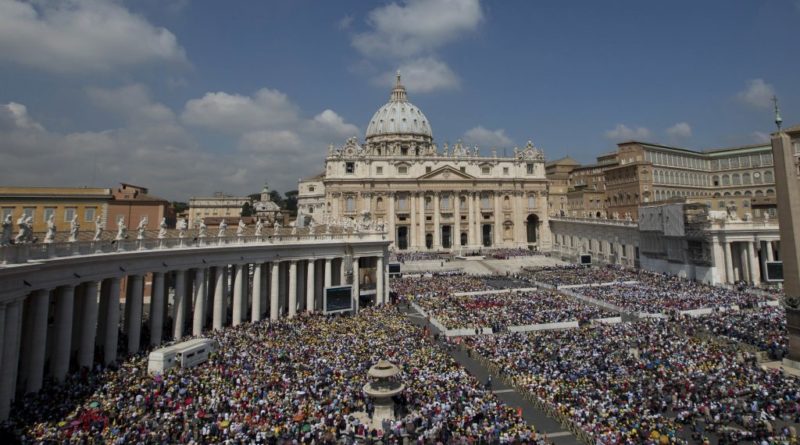 THE Holy See has entered into a “concordat” with the People’s Republic of China on the appointment of bishops in the Chinese Catholic Church. The Vatican has not called it that, but there’s no doubt this is what they have signed.

The term first appeared under Pope Martin (1413-1431), in a work by Nicholas de Cusa (1401-1464) – De Concordantia Catholica. It has since been known as “a convention between the Holy See and a sovereign state that defines the relationship between the Catholic Church and the state in matters that belong to both, i.e., the recognition and privileges of the Catholic Church in a particular country and with secular matters that impact on Church interests.”

From 1800 until now, close to a hundred have been signed. But none quite resembled the latest between Beijing and the Vatican. This has left Catholics everywhere on tenterhooks. My own reaction as a layman was to worry about its effects on the Church’s evangelizing mission. I have read some serious apprehensions about it, yet some others seem convinced it could also be good for the Chinese Catholic Church.

Reactions against
The strongest reactions come from those closest to the Chinese church. The 86-year-old Cardinal Joseph Zen of Hong Kong, bishop emeritus, has called the agreement a sellout to the Chinese communists. Zen believes the agreement is bad for Chinese Catholics and will ultimately weaken the Church. Steven Mosher, president of the Population Research Institute, who has been working extensively in China, accused Cardinal Pietro Parolin, the Pope’s Secretary of State who signed the concordat, of being the Church. “Why should the Church participate in its own dissolution and destruction?” he asked in a recent interview on EWTN.

A strongly worded Manila Times editorial (“A dangerous Vatican-Beijing deal,” MT, September 26, 2018) has used the same words of Cardinal Zen. “Immediately after the signing of the agreement,” the editorial said, “Francis admitted to the episcopacy seven illicitly ordained Chinese bishops, despite persistent concerns over their moral integrity and loyalty.

“At the same time, Francis carved a new Diocese of Chengde out of two older dioceses, to become a suffragan or satellite of the Archdiocese of Bejing. The role of this new ecclesiastical territory within the wider framework of the Vatican-Beijing detente remains to be seen.”

Did this concordat come without any warning? Not at all. This has been in the works for years. In fact, some years ago, I had the privilege of sharing a meal in my home with one of the papal representatives involved in this mission during John Paul 2nd’s pontificate. But apparently Beijing decided to step on the gas this year.

The gray area
In February, China came up with its new law on religion. It classified religion into “approved” religion and “heteredox teachings” or xie jiao, like Falon Gong of the Church of Almighty God, which it decided to dismantle. In between is the “gray area,” to which the “underground” Catholic Church and the Protestant houses belong. This move worried a lot of Catholic observers.

In May, George Weigel Jr., Pope St. John Paul 2nd well-known biographer and one of our leading Catholic writers, wrote an article in “First Things” expressing his misgivings.

“Any arrangement by which the Chinese communist authorities are conceded a significant role in the appointment of Catholic bishops will weaken the Church’s evangelical possibilities — today and especially in the China of the future. Kowtowing to communists is bad for achieving a full reconciliation among the currently divided factions in the Catholic Church in China. But first and foremost, it is bad for mission and evangelization, now and in the future,” he wrote.

I trust Weigel. He is the Distinguished Senior Fellow of Washington, D.C.’s Ethics and Public Policy Center, where he holds the William Simon chair in Catholic Studies. His father served in the Philippines during the war, and we used to sit together on the advisory committee of the World Youth Alliance in New York; we also once shared a forum on St. John Paul 2nd after his death at the Dag Hammarksjold auditorium at the United Nations. He is a devoted Catholic who will not deny the Pope his honest thoughts about any flawed papal initiative. His recent articles on the Vigano affair are among the most sober and informative.

Without confirming the truth of Vigano’s statement on the sexual abuses attributed to former Washington, D.C. Cardinal Theodore McCarrick and the alleged coverup, Weigel has written that he personally knew Archbishop Carlo Maria Vigano, former apostolic nuncio to the US, as a good priest and an honest man. He has also not withheld his criticism of the working papal document of the current Synod of Bishops in Rome (Instrumentum Laboris) as having more sociology than theology — the same criticism which has caused Philadelphia Archbishop Charles Chaput to be denounced (unjustly it appears) by the cardinal-secretary general of the synod for his alleged lack of loyalty.

In his May article, Weigel said “the moral authority is compromised and the life of the Church under totalitarian or authoritarian regimes is weakened, when deals are made by the Vatican that concede far too much authority in Church affairs to communist regimes. Which is what happened under the Ostpolitik of Pope Paul 6th and Archbishop Agostino Casaroli — a policy of accommodation that led to grave problems for the Church in Hungary and Czechoslovakia and caused unnecessary headaches for the Church in Poland in the 1970s and 1980s, before the Ostpolitik was jettisoned by the most geopolitically consequential pope in centuries, John Paul II.”

As the concordat remains a “secret document,” it is not known how the Chinese Communist Party and the Holy See will operationalize their agreement. Under the formula adopted for communist Vietnam in 1996, revised in 2004, the Vatican indicates three episcopal candidates and the government chooses whom to appoint. There are speculations that the opposite procedure could be adopted for the Chinese: the CCP will indicate three possible choices, and the Holy See will make the final choice. Or the CCP could nominate one candidate and the Pope will accept or veto the nomination; in case of a veto, the procedure will be repeated.

More Protestants and Mormons?
Weigel believes communism will not rule China forever and “when a post-communist China finally opens itself fully to the world, China will become the greatest field of Christian mission since the Europeans came to the Western hemisphere in the 16th century.” But having previously conceded to the communists a significant role in the Church’s internal life, it will be at a grave evangelical disadvantage in the post-communist China of the future where evangelical Protestants and Mormons will be very, very strong. For this reason, Weigel fears the concordat could be an impediment to living out Pope Francis’ vision of “a Church permanently in mission.”

On the other hand, there are those who believe that the concordat would not be entirely bad for the Chinese Catholic Church. One of these is Massimo Introvigne, a professor of sociology of religion, who is managing director of CENSUR (Center for Studies of New Religion) and editor-in-chief of Bitter Winter, an online magazine about religious liberty and human rights in China. In an interview with Mercatornet, the online platform, Introvigne says it’s better that totalitarian regimes have a voice in the appointment of bishops than to have parallel churches as China has (the “patriotic” and the “Underground” churches) since 1957.

The better option
By remaining “openly present” in these totalitarian countries, (as in Poland and Lithuania), Introvigne says the Catholic Church ”contributed to the collapse of the communist regimes. Ex post facto, one can say the choice not to go underground but to strike deals and remain openly present was a good choice,” he said.

The concordat with China has its first precedent in that between Napoleon and Pope Pius VII in 1801, which defined the status of the Roman Catholic Church in France. It restored most of the Church’s civil rights, but did not restore the vast church lands and endowments seized during the Revolution and sold off. The balance of Church-state relations tilted in favor of the State; Napoleon selected the bishops and supervised church finances.

The concordat of 1933 between Nazi Germany and the Vatican failed to protect the Catholic community from constant interference by the Nazis, and led to bitter conflict between Protestant churches and the state. Jews were singled out, and Protestant pastors like Martin Niemoller (1937) were persecuted. The Vatican stopped using the term “concordat” after the Second Vatican Council in 1965, but it reappeared with the Polish concordat in 1993 and the Portuguese concordat in 2004.

Will the Church survive China’s embrace, or will a post-communist China emerge from it?

PERSONAL: May I extend my warmest thanks and sincerest apologies to all those who sent me greetings on my 79th birthday yesterday, but to whom I could not respond promptly and properly for sheer lack of time. Thank you all so very much. 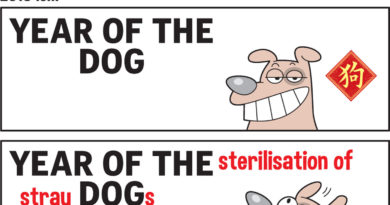 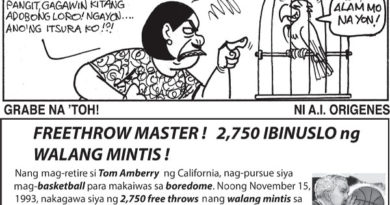 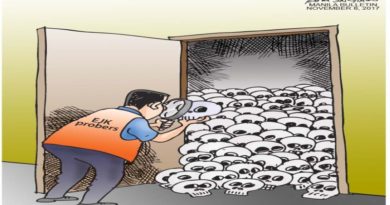 One step forward in the call for action on EJKs

US President Joseph Biden revived a policy allowing foreigners to work in America. “This is definitely a positive signal from