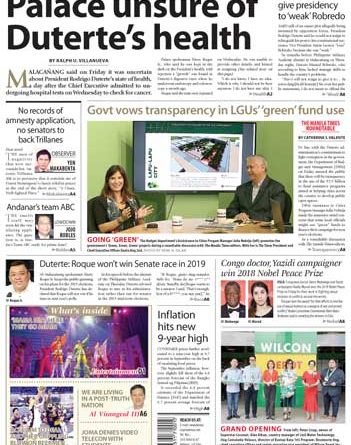 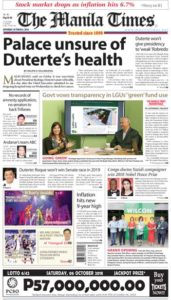 MALACAÑANG said on Friday it was uncertain about President Rodrigo Duterte’s state of health, a day after the Chief Executive admitted to undergoing hospital tests on Wednesday to check for cancer.

Palace spokesman Harry Roque Jr., who said he was kept in the dark on the President’s health, told reporters a “growth” was found in Duterte’s digestive tract when he underwent endoscopy and colonoscopy a month ago.

Roque said the tests were repeated on Wednesday. He was unable to provide other details, and hinted at resigning (See related story on this page).

“I do not know, I have no idea. Which is why, I should not be here anymore. I do not have any idea. I am so sorry about that, but there is nothing I can do about it,” Roque said in a Palace news conference.

To quash speculation, Roque said he would recommend to the President the issuance of regular medical bulletins on his health. The President’s doctors should also face the press, he said.

“If I am still here next week, then I will tell [the President]perhaps we need to issue a medical bulletin, whether or not it’s serious. Perhaps we would need to bring in your physician because it’s the only way to stop all talk about your health,” Roque said.

Roque also said the public need not know Duterte’s visit to the hospital on Wednesday because it was merely a “diagnostic exam.” Endoscopy and colonoscopy are procedures used to examine a person’s digestive tract and the large intestine and rectum, respectively.

Roque said the President talked about the “growth’ found in his digestive tract in a joint command conference with the military and police on Thursday.

Later that day, the President, in remarks during a Malacañang dinner with the Philippine Military Academy Alumni Association, said he had to skip the Cabinet meeting on Wednesday because his doctors at Cardinal Santos Medical Center in San Juan ordered his endoscopy and colonoscopy repeated. They also took tissue samples, he said.

“I did not look after myself, I did not stop drinking [alcohol]. That is why, I am regretting it. It always comes late. So, it got worse, I do not know where I am now physically, but I have to wait,” the President said.

“But, I’ll tell you this. If it’s cancer, it’s cancer. If third stage, no more treatment. I will no longer prolong my agony in this office,” he added.

Duterte had admitted to suffering from Barett’s esophagus, which means his normal esophageal cells, or tissue lining the esophagus, are replaced by abnormal cells.

The President also revealed in 2016 that he used to take fentanyl, a powerful painkiller, because of a spinal injury from previous motorcycle accidents.

‘Younger than Mahathir, strong as a bull’

“I’ve known the President for some time. Kaibigan pa ng dad ko (He’s a friend of my father). I really strongly believe that he is strong as a bull. Despite being as strong as a bull, I pray for him almost every day that he be healthy,” Cayetano told reporters.

He noted that Malaysian Prime Minister Mahathir is healthy at 93 years old. “So, relatively he’s (Duterte) very young at 73. Health is a serious matter and since I’ve been close to the President, he has regular checkup,” Cayetano said.

“Hindi siya takot sa doctor (He’s not afraid of going to the doctor). But he is also not secretive. If he is ill, whether serious or not, he will say it. So, when he said [Thursday] night, ‘E, kung cancer e di cancer,’ (If it’s cancer, it’s cancer), my interpretation of that is, that if it is something serious I will tell you,” he said.

“And why waste time? When you only have limited time, you’d do what’s more important to you. So, it’s not to cling on to power,” Cayetano added.

Lawmakers demand full disclosure
Lawmakers, including Duterte ally Sen. Aquilino “Koko” Pimentel 3rd, on Friday said the state of health of President Duterte must be made known to the public.

He defended Roque and Special Assistant to the President Christopher Lawrence “Bong” Go from accusations they lied to the public about the President’s health.

“Secretary Roque didn’t know about it hence he didn’t at all lie. Bong had to keep quiet about it unless and until the President orders that it be made public. Hence, no one ‘lied,’” Pimentel said in a text message.

“But if [it’s] routine checkup [or]diarrhea [only], then why even announce it?” said Pimentel, president of the ruling Partido Demokratiko Pilipino-Lakas ng Bayan (PDP-Laban).

“The people must know if the President is still fit to discharge the duties of his office. Anything that he does or fails to do will affect the whole nation,” he said.

ACT-Teachers party-list Rep. France Castro said “the Constitution compels the President to inform the public about the truth behind his health.”

Arroyo: He can do it

House Speaker Gloria Macapagal-Arroyo said the President could still get back on his feet with medication.

Arroyo, diagnosed in 2011 with multilevel cervical spondylosis, said: “Ako rin nagpapagamot ‘diba, e nakakapag-6 o’clock pa ako na adjournment, so kaya. Kaya! (I also undergo medication, but I can even declare adjournment at 6:00, so he can definitely do it!)”

“We wish the President good physical and mental health so that he can have the energy and wisdom to tackle all our problems,” Baguilat said. 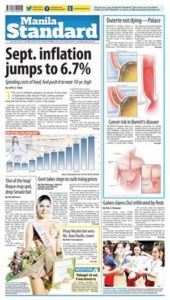 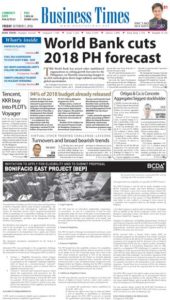 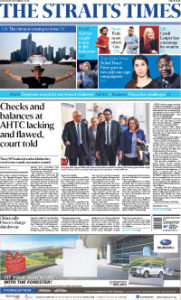 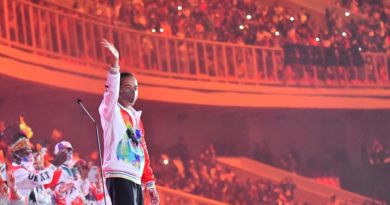 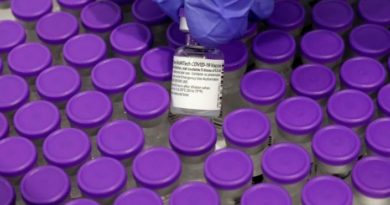 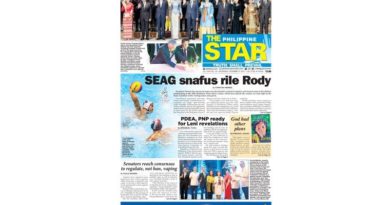