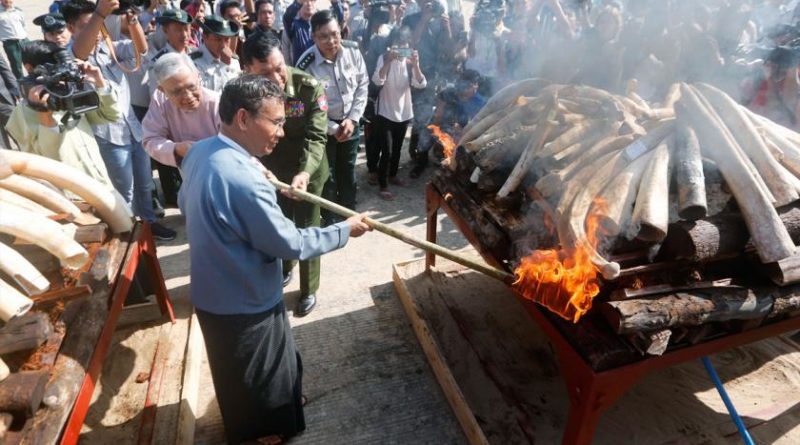 Confiscated illegal wildlife products, including elephant ivory worth US$1.3 million (K1.3 billion), were destroyed in Nay Pyi Taw on Thursday to serve as a warning to poachers that the government is determined to end the illicit trade.

Among officials present for the event were Minister of Natural Resources and Environmental Conservation U Ohn Win and Minister of Home Affairs Lieutenant General Kyaw Swe.

Their destruction was aimed at discouraging those engaged in the illegal wildlife trade, who kill elephants, tigers and bears to sell their meat and body parts, U Ohn Win said.

“Wild animals, including rare species like elephants and tigers, are being poached and the illegal trafficking of animal parts is rising in Myanmar,” he said.

Part of the problem is that there is a demand for wild animals and parts at home and abroad, he said.

Not all the seized items were destroyed. Elephant tusks and other parts, animal horns, skins and some bones will be displayed at an elephant museum that will be open to the public with the aim of raising awareness about the importance of protecting biodiversity and fighting the illegal trade in wild animals, plants and flowers.

Efforts are being made to reduce illegal hunting and illegal trading of wild animals in Myanmar, even as some species are facing extinction, said Forest Department director general U Nyi Nyi Kyaw.

“We have to prevent a future where Myanmar people have to learn about the country’s flora and fauna in books or in other countries where they are protected because they have gone extinct locally,” he said.

The destruction of the confiscated wildlife parts was the first time such an event was held in Nay Pyi Taw. A similar event will be held in Yangon, but no date has been set, officials said.

Between 2016 and the first half of this year, there were 140 cases of wildlife poaching and action was taken against 284 people, according to the department.

The illegal trade in wildlife and parts globally is estimated to be worth over US$40 billion a year. In Myanmar, it is worth an estimated US$3 million./ 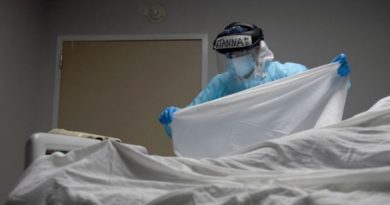 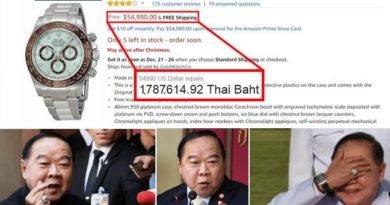 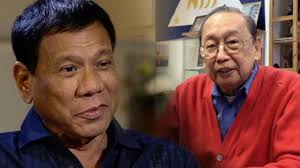 L.A. STORIES: Essential California- Tuesday 1/23/2021- The First Anniversary of the death of NBA legend Kobe Bryant and his daughter Gianna.