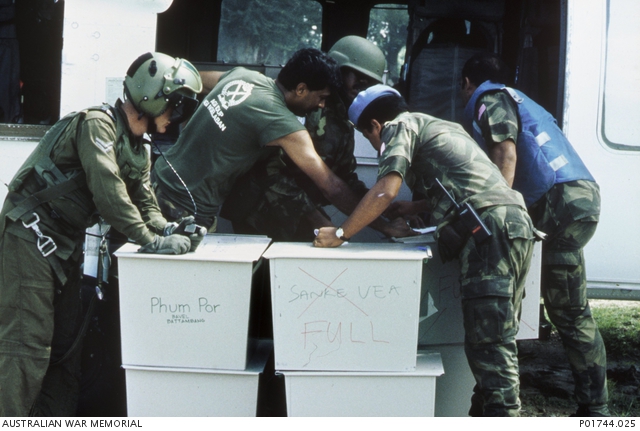 HAVING made the military takeover of the Bureau of Customs the absurd and unconstitutional “solution” to the rampant illegal drugs smuggling and corruption there, shouldn’t President Rodrigo Duterte now order a similar takeover of the Commission on Elections before the May 14, 2019 elections for the same reason? This wouldn’t be less zany and unconstitutional than the BoC takeover, but since we are powerless to stop DU30 from doing anything he wants to do, some people would probably not mind a Comelec takeover that gets rid of Smartmatic, the Venezuelan election provider, and puts the Comelec back in charge of our theoretically sovereign elections.

Yet as the official campaign period draws near, we see that Smartmatic is not the only serious problem we have; there are a slew of built-in legal problems, each one of which has a serious bearing on the legitimacy and credibility of our political system.

Nuisance candidates
The first of these is the Comelec practice of declaring certain candidates as “nuisance candidates” before the campaign period begins. Out of the 152 individuals who filed certificates of candidacy for the Senate, the Comelec, according to official sources, is expected to weed out 95 as “nuisance” candidates. This is constitutionally untenable. The specific qualifications of candidates for national office are enumerated in the Constitution; the Comelec does not have the power to add anything to, or subtract anything from, the enumeration.

One who meets all these qualifications and files a properly accomplished CoC becomes a “bona fide candidate,” and should be free, according to Sec. 10 of Article IX C of the Constitution, from discrimination and harassment. If one is criminally insane, even if he or she meets all the requirements, for reasons of public safety, he or she may not be allowed to run. Yet, some clearly insane politicians have managed to capture and stay in public office, despite their manifestly insane behavior; the only ones I know who have been declared “nuisance candidates” were those who did not have enough money to show they could wage a costly campaign.

Having millions to burn in a campaign is not a constitutional requirement. As there is no property requirement for the right to vote, there is no property requirement for the right to be voted upon. In fact, there should be a law requiring a candidate not to spend more money on an election campaign than what he or she is expected to earn, legally, from the position he or she is running for. If anyone therefore should be disqualified from seeking public office for financial reasons, it shouldn’t be the penurious candidate who does not have the means to buy votes but rather the super rich candidates who have all the means and the inclination to buy the election. They are the ones associated with the most serious corruption.

This issue has not reached the Supreme Court, but it is time the court ruled on it. I hope some of those who would be declared “nuisance candidates” would finally take this issue there. The court needs to reaffirm the right of the voter, not the Comelec, to decide which candidates are worthy and which are not.

The muddled party-list
The second issue at bar is the party-list system. Under our tripartite system, characterized by our hypothetically “co-equal and coordinated” executive, legislative and judicial branches of government, we have a Congress composed of the Senate and the House of Representatives. The country is divided into congressional districts, and every citizen in each congressional district is represented by a district congressman in the House. But some so-called “marginalized sectors” are additionally represented by party-list members, so one who belongs to any of these sectors gets to be represented by two members — the district congressman and the party-list representative.

Some citizens therefore are over-represented. The merit of this arrangement needs to be thoroughly debated, but the pertinent constitutional provision is rather half-baked. Sec. 5. (2) of Article VI of the Constitution provides that “the party-list representatives shall constitute twenty per centum of the total number of representatives, including those under the party list. For three consecutive terms after the ratification of this Constitution, one-half of the seats allocated as party-list representatives shall be filled, as provided by law, by selection or election from the labor, peasant, urban poor, indigenous and cultural communities, women, youth and such other sectors as may be prescribed by law, except the religious sector.”

The third issue has to do with the protection of the candidates’ votes. In the days of the two-party system, the two political parties were entitled to appoint election inspectors, paid for by the State. This ensured minimum protection for the poorest opposition candidates who could not afford to pay for their own inspectors. Despite this, electoral cheating continued, calling for more inspectors and stronger safeguards. But when the multi-party system was adopted, instead of providing for a stronger inspection system, the perverse action of the electoral “reformers” was to abolish the right of the political parties to have any inspectors at all.

Thus Sec. 8 of Article IX, C of the Constitution provides: “Political parties, or organizations or coalition registered under the party-list system, shall not be represented in the voters’ registration boards, boards of election inspectors, boards of canvassers, or other similar bodies. However, they shall be entitled to appoint poll watchers in accordance with law.” When Smartmatic took over in 2010, the Comelec ordered the board of election inspectors to withhold their “digital signatures” from the election returns, making it impossible for the receiving stations to determine where the votes were coming from. This was among the most serious violations of the security, safety and accuracy features of the voting machine. This remains an outstanding problem.

Candidates’ abuse of domicile
Some national politicians can never seem to have enough of “serving the people.” They do not mind being downgraded from president or senator to congressman or mayor. Thus, President Joeph Ejercito Estrada became mayor of Manila, and President Gloria Macapagal Arroyo became congresswoman of Pampanga, and now Speaker. There is something admirable in this, and I wish I had the courage to do the same thing after I was termed out in the Senate in 2001. But I could not allow political office to be the only thing that gave my life any meaning.

Some politicians would change not just their political parties but also their domicile to be able to pursue their ambition. Thus, Erap left San Juan, which had always been his home, and relocated his domicile in Tondo to become mayor of the nation’s capital. I am not sure however whether he had a residence there where he slept in the evening.

Now, an investment banker who admires the outgoing Sen. Loren Legarda has expressed his disappointment upon learning that she’s running for Congress in the distant province of Antique. As far as he knows, she has been a resident of Forbes Park for years, where she was known to have hosted a famous political meeting in her home, which sealed the fate of the late former Chief Justice Renato Corona at his Senate impeachment trial. Apparently DU30 has promised to make her Speaker if she makes it in Antique.

My banker-friend had been preparing to campaign for her as the next barangay captain of Forbes as soon as her term was over. Imagine his disappointment when he realized he’d have to migrate to Antique, if he wants to vote for her at all.

Illegal campaigning
“Unless otherwise fixed by the Commission in special cases, the election period shall commence 90 days before the day of the election and shall end 30 days thereafter,” says Sec.9 of Article XI C of the Constitution. This means that candidates may actively campaign only during the campaign period, not before. Yet months before the candidates filed their CoCs, Christopher Lawrence “Bong” Go and others had already plastered every wall in the country with their mugs as senatorial non-candidates. Of course, the words “candidate” or “vote for” did not appear in their campaign materials, and the court has pointed out that so long as these words did not appear they could not be held for campaigning. Thanks to this court ruling, we had become a nation of idiots who could no longer identify a dishonest politician when we saw one. 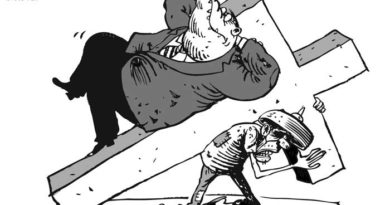 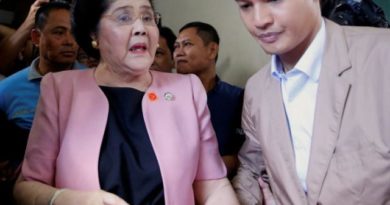 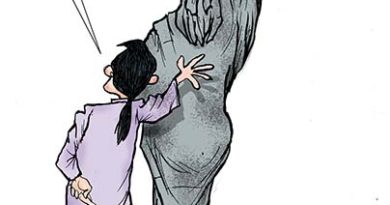 OP ED EDITORIAL & CARTOONS: MANILA – Not on the same page