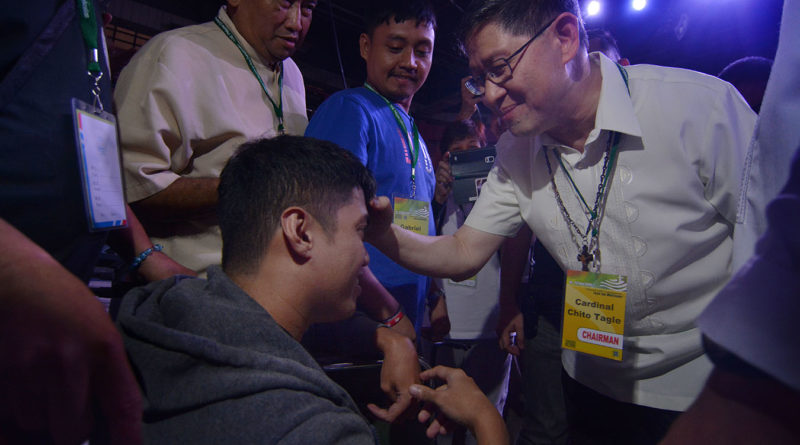 Cardinal Luis Antonio Tagle blesses a teen as he greets people who have disabilities at the sidelines of the 5th Philippine Conference on New Evangelization (PCNE) at the Cuneta Astrodome in Pasay City, July 20, 2018.

IN 1992, I won my first Senate seat on a Catholic pro-life, pro-family platform. This alarmed the anti-life and anti-family movement. Before I could take my oath as a senator, the propaganda fraudster Mahar Mangahas told me in a seminar-workshop for incoming senators that unless I supported the population control program of government, I would never be reelected after my first term. He was quoting the alleged results of an alleged SWS survey, purportedly showing this.

“You see, Mr. Tatad, there is no such thing as a Catholic vote,” he said. It was a patently shameless effort to try to pressure me to change my position on a fundamental civilizational issue, by trying to scare me about my chances at reelection, even before I could warm my seat on my first year as a senator. Three years later, I would be reelected on the same platform, with flying colors. But that day in 1992, I decided I was talking to a crook.

This is not the first time I have referred to this episode. Nor probably the last. But I recall it once more in light of President Rodrigo Duterte’s latest statement, urging Catholics to stop going to Church and giving donations for her needs. Coming from the President, who should know better, the statement is constitutionally and morally offensive to Catholics. Constitutionally, because of the constitutional separation of Church and State; morally, because DU30’s duty is to support, not denigrate, the people’s right to practice their moral and religious beliefs.

The President speaks on behalf of the State. He has no right, duty or competence to impose his opinions on matters concerning the Faith. He perverts his oath of office, to preserve and defend the Constitution, execute the nation’s laws, do justice to every man and consecrate himself to the service of the nation, when he interferes in matters relating to the people’s right and freedom of worship.

The Church, not the Office of the President, is the source of teaching of the Catholic faith. This includes not only the received truths of the Faith, but also the positive laws decreed by the pastoral authorities to help the faithful grow in the spirit of prayer and in love of God and neighbor

They do not offend the public order or the private lives of non-Catholics, so DU30 has no business asking Catholics to desist from following any of these laws. As millions of Catholics live in humble conditions, it is absurd to propose that they build their own chapels at home so they could avoid going to church. But the mere idea emanates from an absurd understanding of the Church and Christian life.

What the Church is not
The Church is not just a building where people pray and gather for Mass. It is the assembly of God, which incorporates the baptized, both living and dead, into Christ, who is its head. As a place of worship, the church allows the faithful to live in communion with each other, and the saints, through the sacraments. Through the Holy Eucharist, which is present in the Tabernacle, Christ is sacramentally present in the church. And the faithful receive the Lord’s living presence at holy communion during Mass.

For St. Thomas Aquinas, the Mass is the most important thing that happens in the world — when bread and wine, through the words of transubstantiation, are transformed into the body and blood of Jesus Christ. Thus, the Eucharist has been called the root and center of Christian life. Atheists and pagans may scoff at this, but it is what the Christians believe and many saints and martyrs have lived and died for it. No leader of a Christian community has the “right” to make light of it, unless he is demented or sick, or the people who made him their leader are demented and sick.

Fr. Jerome Secillano, the executive secretary of the public affairs committee of the Catholic Bishops’ Conference of the Philippines, says DU30 has no understanding of how the Church works, so we probably shouldn’t take him seriously at all. He delights in creating controversy to divert people’s attention from his inability to solve the most serious problems confronting him, says the priest, and many tend to agree with him. There may be a great truth in this.

DU30 could not see any solution to the nation’s humungous transport and traffic problem, so he blamed Pope Francis for causing a traffic jam while he was here. He could not staunch the attacks on the extrajudicial drug killings, so he started calling God “stupid” as a counter-measure. Now, he is trying to avoid a detailed accounting of his joint oil and gas exploration deal with China, the apparent revival of the graft-ridden NBN-ZTE deal with China through the third telco player Mislatel Consortium, and the phenomenal emergence of Dennis Uy as the fastest rising businessman of this generation, so he came up with his latest rant against Catholic church-going.

But in his deranged mental condition he continues to defame the Church and to impose upon our people his deranged views on everything. He will not do to the Muslims and Islam or to the Iglesia ni Cristo and even to Brother Eddie Villanueva what he is doing to the Catholics Christians; are we willing to simply do nothing in the face of all this? Aren’t we called upon to decide whether he is sick or sane, and do whatever is necessary to protect our institutions? Like Mangahas, isn’t DU30 simply emboldened by the fact that there is no Catholic vote in the Philippines?

Yet, the way DU30 is carrying on, he may have become the strongest argument for a Catholic resistance, through a Catholic vote in this election. A number of bishops and priests have already spoken; the entire clergy, religious and the laity must now speak as one. As most of the candidates are baptized Catholics, Catholic voters need not single out any candidate to vote for. But they could single out candidates to exclude and vote against. If this movement takes off and does well, we could aim to elect a worthy Catholic Christian president when DU30 steps down. Then we could have a real Christian democracy in the Philippines.

An intimate circle of family and friends interred his remains at the Loyola Memorial Park in Marikina yesterday after a funeral mass at the Sta. Maria della Strada parish. In a brief but moving eulogy, his son Carlitos recalled his late father’s prodigious rise from his native Cabanatuan to the national scene.

A child prodigy from grade school to high school, he was the youngest member of the UP law class of 1941, the last to take the bar exams before the outbreak of World War 2. He was also the first to volunteer to join the Army during the Japanese invasion, but the secret intervention of his grandfather-senator caused him to be rejected several times.

At 37, he became the youngest Manila city fiscal ever; at 42, the youngest member of the Court of Appeals; and at 55, the youngest member of the Supreme Court. Ramon Magsaysay awarded him the Legion of Honor for his successful prosecution of the politburo of the Communist Party of the Philippines. As SC magistrate, he penned many landmark decisions, including the famous Horacio Morales case (G.R. No. L-61016). Upon his retirement, he ran for Congress and represented his district in Nueva Ecija for one term. In the last 13 years, according to Carlitos, he spent most afternoons visiting his late wife’s grave, bringing flowers and meditating.

I ask the pious reader to pray for the repose of his soul. Thank you very much. 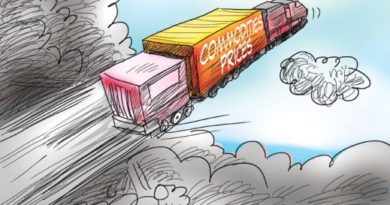 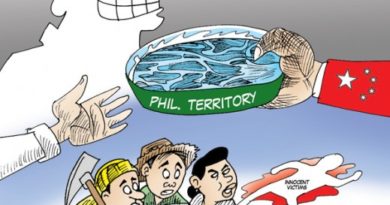 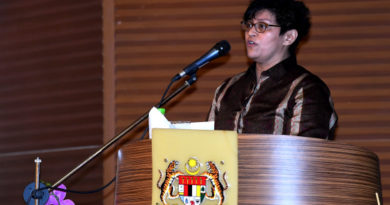