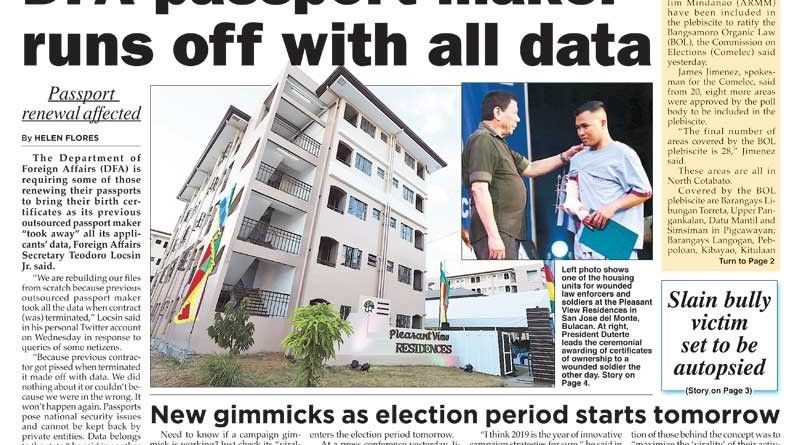 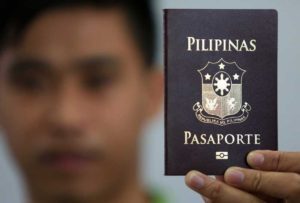 “We are rebuilding our files from scratch because previous outsourced passport maker took all the data when contract (was) terminated,” Locsin said in his personal Twitter account on Wednesday in response to queries of some netizens. / Edd Gumban

MANILA, Philippines — The Department of Foreign Affairs (DFA) is requiring some of those renewing their passports to bring their birth certificates as its previous outsourced passport maker “took away” all its applicants’ data, Foreign Affairs Secretary Teodoro Locsin Jr. said.

“We are rebuilding our files from scratch because previous outsourced passport maker took all the data when contract (was) terminated,” Locsin said in his personal Twitter account on Wednesday in response to queries of some netizens.

“Because previous contractor got pissed when terminated it made off with data. We did nothing about it or couldn’t because we were in the wrong. It won’t happen again. Passports pose national security issues and cannot be kept back by private entities. Data belongs to the state,” he said in another post.

“We need to capture and store the document in our database as we no longer have the physical copy of the document,” Cato said.

Before the country transitioned to the e-passport, the DFA required the submission of physical copies of birth certificates and marriage contracts, he said.

Locsin said the DFA will also come up with a system which will record unanswered calls from the public.

The DFA secretary said the agency has been doubling its efforts to hasten passport issuance.

“Nobody in their right mind and good manners deliberately delays issuing passports or any requirement. What for?” he said.

In a Twitter exchange with an overseas Filipino worker (OFW) who encountered a problem renewing his passport last week, Locsin questioned why it is necessary for applicants to submit their birth certificates when renewing their passports.

Since his appointment as DFA secretary in October last year, Locsin, a former journalist and lawmaker, has been using Twitter to address the concerns of the public.

COMMENT:
Inefficiency of the DU30 Admin is slowly cracking the stability of the government structure which may not last long and crumble down like a sand tower along a beach. 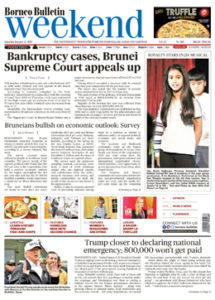 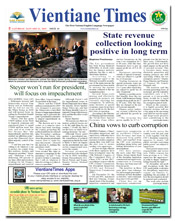 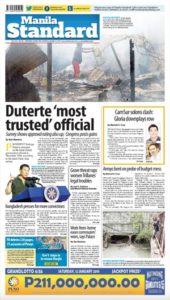 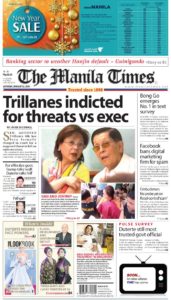 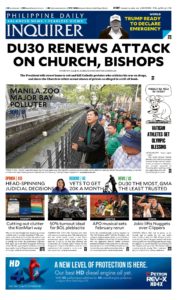 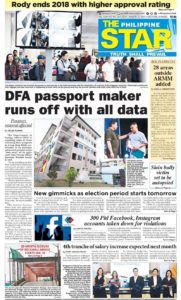 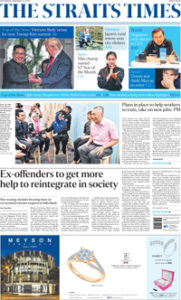 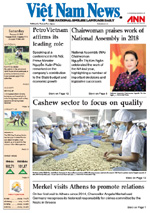 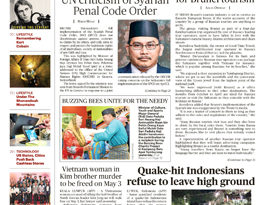 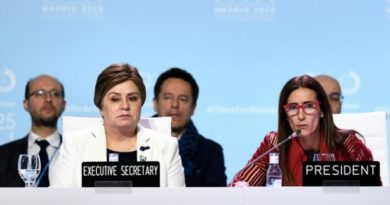