Purging the judiciary of misfits, scalawags

BY THE MANILA TIMES

The purge of misfits and scalawags from the judiciary is the “shoulda, coulda, woulda” of every justice who is appointed chief of the Supreme Court, and, therefore, head of the nation’s justice system.

No position is more coveted by our legal minds and legal practitioners than that of the chief justice. No objective is also more elusive and intractable than the cleansing of our justice system by the removal of misfits and scalawags.

If Chief Justice Lucas Bersamin will have his way, his 11-month tenure as head of the judiciary could be the most transformative in its history.

The chief justice has vowed to get rid of misfits and scalawags during his brief tenure, which will end in October this year when he reaches the mandatory retirement age of 70 for Supreme Court justices.

“I will purge the judiciary of misfits nd scalawags and enforce the rules of discipline,” he declared. He has made the purge a key part of his four-point agenda as chief justice.

ADS by Cloud 9:
.
– THIS SPACE RESERVE FOR YOUR ADVERTISEMENT –

The way we see this, the purge could either be the most challenging or the most memorable part of his tenure.

“Misfits and scalawags,” or “hoodlums in robes,” as they are derisively described, have been the grief or embarrassment of our justice system since the recovery of national independence in 1946.

As CJ, Bersamin has described the problem: “In the provinces, there is a very strong perception that justice is only for the strong, the influential and the wealthy.

“Those judges and employees in the provinces who have contributed to this wrong perception of the judiciary will have to go,” he said.

Also in his four-point agenda are the expeditious resolution of court cases, the upgrading of the mechanics of the bar examinations, and the enhancement of the participation of law students in legal aid programs for the poor.

Bersamin bared his plans during a testimonial diner tendered in his honor by the University of Santo Tomas, where he served as law professor from 2001 to 2006.

He sees the updating and upgrading of the present rules of court as the key to accomplishing major reform.

He conceded that the present rules of court contain provisions that institutionalize delays. He says he will work hard to “update our procedural rules to make them embody and be attuned to technological developments.”

He believes updated rules will make the judicial system more responsive to the public need for “quick dispensation of justice.”

The updating of rules is one of the principal functions of the Supreme Court, in addition to case adjudication. “It is very basic,” says Bersamin.

To show how serious he is about reform, he ordered the cleansing to start in his home province of Abra in instructions given to Court Administrator Jose Midas P. Marquez during the dinner.

“That is a marching order,” he said, “no matter if they are my relatives or not. I am sure you know what I mean.”

If this reform effort is successful, CJ Bersamin will leave behind one of the most sterling achievements of a chief justice in the history of the Philippine judiciary.

The justice has already figured in the writing of historic, landmark decisions of the high court.

Should his purge plan meet with success, he would leave the nation a lasting legacy when he retires in October this year.

There would be no cause anymore for anyone to say “shoulda, coulda, woulda.” CJ Bersamin would have made it happen. 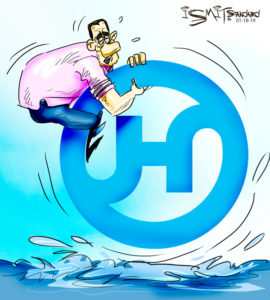 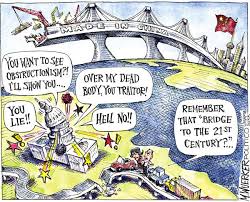 COLUMN: OPINION ON PAGE ONE- A Chinese bridge in Intramuros? – Second of 2 parts – By Francisco S. Tatad 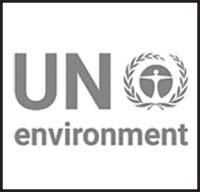 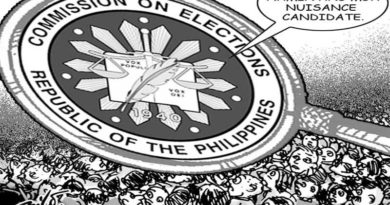