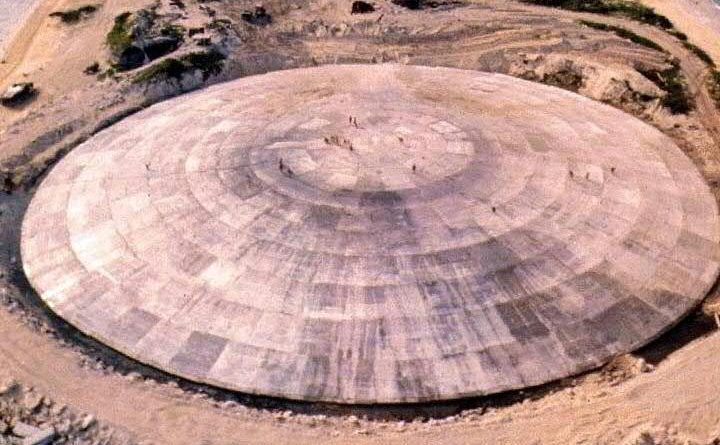 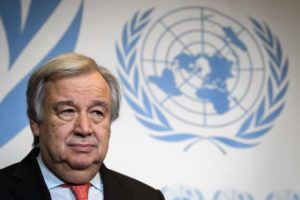 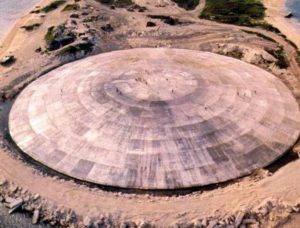 Speaking to students in Fiji, Guterres described the structure on Enewetak atoll in the Marshall Islands as “a kind of coffin” and said it was a legacy of Cold War-era nuclear tests in the Pacific

“The Pacific was victimised in the past as we all know,” he said, referring to nuclear explosions carried out by the United States and France in the region.

In the Marshalls, numerous islanders were forcibly evacuated from ancestral lands and resettled, while thousands more were exposed to radioactive fallout.

The island nation was ground zero for 67 American nuclear weapons tests from 1946-58 at Bikini and Enewetak atolls, when it was under US administration.

The tests included the 1954 “Bravo” hydrogen bomb, the most powerful ever detonated by the United States, about 1,000 times bigger than the atomic bomb dropped on Hiroshima.

Guterres, who is touring the South Pacific to raise awareness of climate change issues, said Pacific islanders still needed help to deal with the fallout of the nuclear testing.

“I’ve just been with the President of the Marshall Islands (Hilda Heine), who is very worried because there is a risk of leaking of radioactive materials that are contained in a kind of coffin in the area.”

The “coffin” is a concrete dome, built in the late 1970s on Runit island, part of Enewetak atoll, as a dumping ground for waste from the nuclear tests.

Radioactive soil and ash from the explosions was tipped into a crater and capped with a concrete dome 45 centimetres (18 inches) thick.

However, it was only envisaged as a temporary fix and the bottom of the crater was never lined leading to fears the waste is leaching into the Pacific.Cracks have also developed in the concrete after decades of exposure and there are concerns it could break apart if hit by a tropical cyclone.

Guterres did not directly address what should be done with the dome but said the Pacific’s nuclear history still needed to be addressed.

“A lot needs to be done in relation to the explosions that took place in French Polynesia and the Marshall Islands,” he said.

“This is in relation to the health consequences, the impact on communities and other aspects.

“Of course there are questions of compensation and mechanisms to allow these impacts to be minimised.” 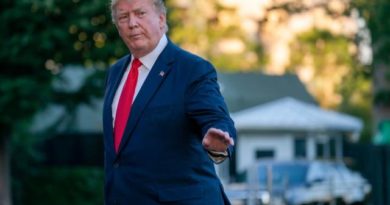 Trump: To Justice- Put Citizenship Question on the 2020 Census 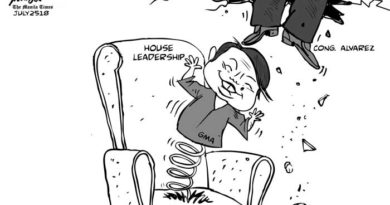 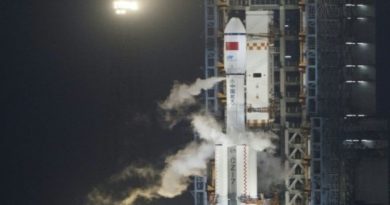