Brunei to hunt for goals in second-leg tie against Mongolia

The national team trailed the East Asian side 2-0 after goals from Norjmoo Tsedenbal and Naranbold Nyam-Osor in either side of the half in the first leg at the MFF Football Centre in Ulaanbaatar last Thursday.

The head coach also indicated that life will be made more difficult if the opposition snatch the opening goal of the game.

“We have to look for goals. This is clear. We also have to bear in mind that they are physically strong and that we cannot concede. If we concede, then it will be very difficult for us because then we will have to score four times,” said Servais during a pre-match press conference at the Lecture Theatre of the Hassanal Bolkiah National Stadium yesterday.

“Obviously, we have to put the cards on the table. We are not in a position to play ‘hide and seek’ because we have to score goals, at least two in 90 minutes so that completely changes the mind-set of the game,” he added.

The head coach highlighted that a plan, without delving further, is in place as they seek to provide a response and overturn a two-goal deficit on home soil.

“They can take all the pieces of information into consideration including weather conditions, the different pitch conditions that we have here and the analysis that we made from Mongolia. We came through a plan and hopefully that will give us something tomorrow.”

Servais said that his charges must take the initiative considering that their opponents have gained a two-goal cushion in the crucial qualifying tie.

“Hopefully in the early stage of the game we can upset them and hopefully the crowd will give a contribution as well. We can use that and we can use the support of the so-called 12th man.”

“If there is a full house that would really help us in our challenge because it will be going to be a challenge tomorrow.”

The team have only returned from Mongolia and the players were given time to spend with their family during the Hari Raya festivities before reporting back to training last Sunday.

“The spirit is good as it was in China and Mongolia. I have no concerns about the fitness and the team spirit.”

Meanwhile, national team captain Sairol Sahari highlighted that his teammates are determined to get a result after the setback of losing two goals in East Asia.

“During full time, the players were not low in spirit. The players have more spirit to exact redemption against Mongolia.”

“The players performed well especially Asyraf and the junior players. They are excited to play and we hope that the Brunei supporters can come and become our 12th player,” said Sairol during the press conference.

Asked about his advice to his teammates before stepping out on the pitch tomorrow, he replied, “For me, my message to the players is to play for the country because we represent the country and not a club. We must be proud because it is not easy to get a coach like coach Robbie.”

“He is a different coach. For me personally, I rarely see a coach as good as he is. My first impression of him is that he is a very good coach and very smart. He can detect our weaknesses and also the opposition’s.”

Meanwhile, Mongolia National Head Coach Michael Weiss highlighted that they are raring to go in the second leg of the tie after the trip to Brunei just hours after the match.

“We are here in Brunei to regain our power and energy. We are fit and We are ready to go,” said Weiss during the pre-match press conference.

He added that they are accustomed to playing under the hot weather having embarked a training stint in a similar environment. Weiss warned that they must put all the stops in giving the Wasps a sniff in goal as they may cause problems to a devastating effect.

“I think the first game showed that we have to try to prevent Brunei from attacking and building up. They can be dangerous and clinical upfront.”

“We will not sit too deep and we will control our offensive play meaning to be safe in counter situations but also making sure we get one goal.”

He also echoed Servais’ sentiments that the situation will be an even tougher task for the Southeast Asian side if they succeed with the breakthrough in Brunei.

“If we get one goal, Brunei must score four which I think will be a little bit difficult so this is our target,” said the German.

The Mongolia head coach shared the importance of playing with the same intensity and carefulness adding that Brunei as a team can attack very well and creating chances.

“I expect Brunei must score and they must be offensive. They must put their foot on the gas pedal otherwise it will be hard for them. They have the support from the home fans.” 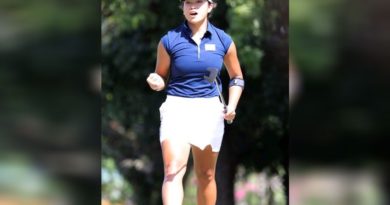 Digong ordered the “DRIBBLING” of the ABS-CBN Franchise? 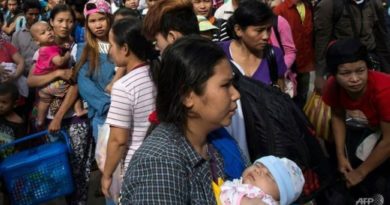 Myanmar workers in Thailand victims of a broken system