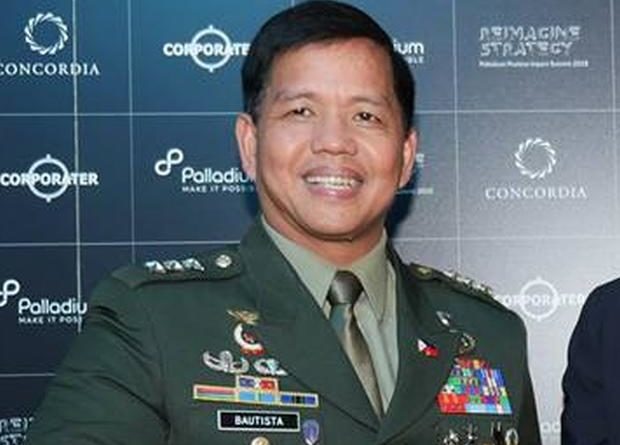 DEMANDING MONEY TO FORGIVE IS LIKE ASKING FOR RANSOM

FIRST off, I never ever condone misbehavior, even from close relatives.

.
A wrong is a wrong and can never be corrected by defending it.FIRST off, I never ever condone misbehavior, even from close relatives.

That’s why I said that my brother Ben committed moral wrongdoing when he benefited from the P60-million advertising contract between PTV-4, a government TV channel, and the Department of Tourism (DoT), which my sister Wanda then headed as tourism secretary.

(Note that I said “moral wrongdoing,” because of conflict of interest on Ben’s part, not criminal wrongdoing because the advertising contract was consummated, after all.)

That’s why I said Erwin should publicly apologize for his rant against Social Welfare Secretary Rolando Bautista, which he did.

Erwin made a serious mistake, so serious that I also even had to apologize on his behalf as the Tulfo patriarch.

From all my readings on ethics, when a person admits his mistake and expresses regret over it, he is supposed to be forgiven.

But no, his detractors still want to tear him apart, as well as his siblings in media, this columnist included.

As I said on my Facebook account Friday, when the enemy raises his hands in surrender the victors leave him alone to nurse his physical wound and wounded pride.

Giving quarter to a defeated enemy is expected of soldiers in war, as well as in peacetime.

Erwin has already bowed his head in defeat, but why do military and police officers, graduates of the Philippine Military Academy (PMA), still hound him?

Weren’t these guys taught to be magnanimous in victory when they were still cadets at the PMA?

Gen. Douglas MacArthur, who was administrator of vanquished Japan, was magnanimous in victory to a former enemy.

MacArthur was a graduate of the US Military Academy at West Point, after which the PMA was patterned.

I have to speak out in Erwin’s behalf after his public apology and continuous bashing from his (our) detractors because this episode has become ugly.

Yes, it was all right for Erwin’s police bodyguards to be pulled out as he is a civilian and not a government VIP.

Yes, it was all right for Raffy and Ben’s police escorts to be recalled for the same reason.

Oh, yes, and my marine security detail, too.

But what I can never understand is why the Philippine National Police (PNP) headed by a PMAyer and is, therefore, sympathetic to Bautista, a fellow PMAyer, had to kick somebody who has already raised his hands in surrender.

PNP chief Oscar Albayalde has ordered the confiscation of Erwin’s firearms because of what he did to Bautista.

Albayalde has deprived my brother of a chance to defend himself should some thugs come to take him away for good.

Not that I am scared for Erwin or Erwin is scared for his life. C’mon, everybody is scared to die; those who say they’re not are big liars.

I am saying that he should not be deprived of a chance to defend himself in any unlikely event as a consequence of this unfolding drama.

Erwin is not a criminal and doesn’t have any record of using his gun to harass others.

Albayalde now wants to have Erwin’s house raided for his gun because its license has expired.

Perhaps Albayalde has forgotten that Erwin — as well as this columnist — was awarded by the PNP the Distinguished Service Medal in February 2006, for exposing the existence of the shabu tiangge (flea market) near the city hall in Pasig City.

That medal was the highest honor the PNP could give to civilians.

Perhaps Albayalde has also forgotten that Erwin volunteered to become a pawn in the 2010 Luneta hostage crisis in exchange for some of the hostages being held by a former policeman. He was turned down.

Perhaps Albayalde and his fellow military and police generals have forgotten that Erwin covered the war in Mindanao as a TV news reporter and slept with the troops.

Erwin’s sympathy with the troops comes from our growing up in military camps where my father was assigned as an officer of the defunct Philippine Constabulary.

Erwin’s sympathy for the troops comes from his combat experience in Iraq during the Desert Storm in 1990 when he was in the US Army.

I’m saying all this not to praise Erwin, but for the PMA-trained generals and colonels to understand him just a little bit.

Yes, Erwin made a mistake, but did he kill a military or police general that he cannot be forgiven?

Has Erwin become a public enemy or an enemy of the state because of his rant against your fellow PMAyer, Mr. Albayalde?

Why should his house be raided just because his gun’s license has expired, Mr. Albayalde?

Bautista, according to news reports, said he would only forgive Erwin if my brother would donate no less than P300,000 to 19 organizations he would name.

That would amount to P5 million!

If the news reports are true, I can only say “Wow!!”

Bautista reminds me of kidnap-for-ransom gangs.

If he didn’t make it to the PMA, like this mathematics-dumb columnist, he would have ended up as a leader of a kidnap-for-ransom gang.

Sobra na! Nagpakumbaba na yung tao, gusto mo pang apakan? (That’s too much! The guy has already humbled himself and yet you still want to beat him up?)

What happened to your sense of humanity, which you were apparently taught at the PMA as a cadet, Mr. Secretary?

When some Army Scout rangers were captured and held hostage by the New People’s Army (NPA), they were treated humanely until they were released.

NPA guerrillas, it would now appear, are more humane than government soldiers given the attitude of Mr. Bautista.

You once headed the Army Scout Rangers, Mr. Bautista.

Why can’t you be humane to Erwin who is neither an NPA nor Abu Sayyaf, Mr. Bautista?

And to that retired Air Force general who incites his PMA mistahs and plebes to hurt Erwin, you have forgotten that my program, “Isumbong Mo kay Tulfo,” helped your family years ago when they were hospitalized for food poisoning.

The restaurant, where you, your wife and two daughters had dinner before you got sick, paid for all your hospital bills upon the representation of my program.

The general’s wife and two daughters got food poisoning. The general didn’t get sick, probably because he has a very strong stomach.

That Air Force general should be reminded that an officer and a gentleman — as he claims to be — knows how to be grateful.

My goodness, this is the very first time that I’m calling on a stranger I’ve helped to be grateful!

I didn’t know this general from Adam. I just helped him and his family because I feel good helping strangers. 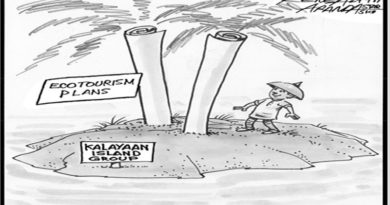