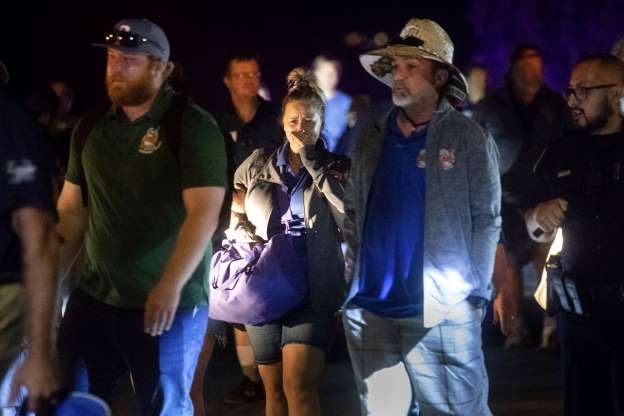 Which teams face most trade deadline pressure? Start with Yankees

.
The man believed to have opened fire at the Gilroy Garlic Festival on Sunday, killing 3 and injuring 12, was identified by a law enforcement source as Santino William Legan, 19, of Gilroy.

Legan was fatally shot by police Sunday after the mass shooting at the popular food festival in Santa Clara County.

Authorities on Monday searched a house linked to Legan but were still searching for a motive. The source, who spoke to the Los Angeles Times on the condition of anonymity, said detectives were still investigating Legan’s background and statements he made on social media. 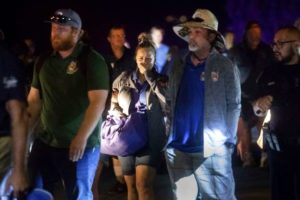 In the hours before the shooting, Legan posted a photo on his Instagram profile, which has since been deleted, of what appeared to be the Gilroy Garlic Festival with the caption: “Ayyy garlic festival time come get wasted on overpriced ….”

He also posted a photo of a Smokey Bear sign warning about fire danger with a caption that instructed people to read the novel “Might Is Right” by Ragnar Redbeard. The book, published in 1890, includes principles related to Social Darwinism and is described as including misogynistic and racist ideas.

The popular food festival at the “Garlic Capital of the World” was about to close around 5:30 p.m. Sunday when at least one gunman opened fire.
Witnesses reported hearing multiple rounds fired by a man armed with a rifle and dressed in what looked like a tactical vest and camouflage fatigues. They said he fired more than a dozen times before pausing and then firing again into the crowd. Police initially said 15 people had been injured in the shooting, but officials lowered that number to 12 early Monday.

Gilroy Police Chief Scot Smithee said late Sunday that witnesses reported a second man was somehow involved, but police were still searching for him. He said the gunman was able to circumvent the festival’s security by entering from a creek area and cutting through a fence. 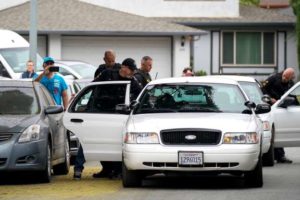 .
Roughly a dozen law enforcement agencies are involved in the investigation and had been working through the night, said San Jose Fire Department Capt. Mitch Matlow.

The Bureau of Alcohol, Tobacco, Firearms and Explosives also searched a home linked to the gunman, according to a law enforcement source.

Ernesto Mendoza said a caravan of police vehicles streamed into his quiet Gilroy cul de sac Sunday evening, not long after reports of a shooting at the nearby Garlic festival. Blaring from the vehicles’ loudspeakers was a message: Go inside and shut your doors.

Authorities cordoned off the mouth of the cul de sac until about 1 a.m., when the vehicles streamed out, he said.

Mendoza believed they were just making sure the neighborhood was safe — he often runs in the park where the festival is held, just a 30 minute jog from his home. It wasn’t until this morning, when reporters asked Mendoza what he knew of his neighbors, that he realized the shooter may have lived on his street.

“Our neighbor? We don’t want to speculate it’s our neighbor, because we don’t know yet,” he said. “It’s terrible. How many years have they been doing that festival? It’s supposed to be very quiet.”

Taylor Pellegrini, 25, said she was sitting on a bench near the food court at the festival with her boyfriend and two friends when she heard the sound of firecrackers. When the pops continued and people started running, she realized they were in danger.

“People were yelling ‘active shooter, active shooter,’ and some people tripped and stayed on the ground so bullets didn’t hit them,” she said. “People were under tables and dropping their phones and whatever they had in their hands.”

Videos from the scene showed people screaming and running across the festival grounds.

“Please pray everyone. Random shooters started shooting everywhere,” one person tweeted. “One boy is dead so far and others injured. We’re still waiting while they find them.”

“Scariest moments of my life at the Gilroy garlic festival,” another person tweeted. “I hope everyone made it out okay.”

Vivian Zhang, 24, said she was walking toward the exit with two friends when she heard pops and crackles, and then saw abrupt flashes of light. A truck they were standing next to was struck four times; bullets ricocheted off the ground.
That’s when they began running as fast as they could.

“They started putting all of us on the parking shuttles,” said Zhang, an Oakland resident. “To their credit, the volunteers running it were very responsive. They weren’t panicking.”

As Zhang was running, she said, she remembered thinking, “I am surviving a mass shooting right now, but I’m not even sure if that will be true in a moment.”

Vielka Garrido, 48, was sitting with her friend and 19-year-old daughter, enjoying a San Jose classic rock band called TinMan as it played its last song at the festival.

She was streaming a live video on Facebook to show everyone how much fun they were having. They were eating seafood and spaghetti, and dancing.
“And then we hear boom, boom, boom,” Garrido said. “We thought it was fireworks, and then when we see the people running — oh, my God, it was terrible.”

The shots felt close to where they were sitting at the front of the stage. Her group started running too, finding refuge in a shipping container where many other festival-goers were hiding.

As she was running, she saw someone performing CPR on a small child.
Jack Van Breen, lead vocalist and guitarist for TinMan, told KGO-TV that the band was playing an encore when he heard a pop. He turned in the direction of the noise and saw a man “in a green top with a gray handkerchief kind of around his neck and what appeared to be an assault rifle.”

“He started shooting again in the direction of where all the food people were dining,” Van Breen said. He directed his band members to clear the stage, which they ducked beneath so they couldn’t be seen.

Van Breen said he heard someone shout: “Why are you doing this?” and the reply: “Because I’m really angry.

Family members of 6-year-old Steven Romero of San Jose said the boy was killed in the shooting. The boy’s mother and grandmother, who were also at the festival, were injured.

The boy’s father, Alberto Romero, told the San Jose Mercury News that he was at home late Sunday afternoon when he received a panicked call from his wife saying that someone had shot their son in the back, and that she’d been shot in the stomach and hand and her mother in the leg.

“I couldn’t believe what was happening, that what she was saying was a lie, that maybe I was dreaming,” he said.

When he arrived at St. Louise Regional Hospital in Gilroy, hospital staff told him his son was in critical condition.

“They said they were working on him, and five minutes later they told me he was dead,” Romero told the newspaper. He said his son was joyful and always wanted to play.

Founded in 1979, the Gilroy Garlic Festival bills itself as “the world’s greatest summer food festival.” The three-day event, held at Christmas Hill Park in the town southeast of San Jose, is hosted by community volunteers and raises money for local schools, charities and nonprofit organizations.
The festival attracts tens of thousands of people every year to the town of 58,000.

“It is such a sad, just horribly upsetting, circumstance that this happened on the third and final day of the festival,” Brian Bowe, the executive director of the Gilroy Garlic Festival, said at a Sunday night news conference. “And to have seen this event end this way this day is just one of the most tragic and sad things I have ever had to see.”

The violence immediately prompted messages of support and mourning from public officials and a renewed call for sweeping gun control reforms.
“This is nothing short of horrific,” Gov. Gavin Newsom said. “Tonight, California stands with the Gilroy community.”

Former Secretary of State Hillary Clinton posted a photo of Steven Romero on Twitter and wrote: “America cannot go on like this. For the sake of our kids, we have to change.”

Los Angeles Mayor Eric Garcetti offered his condolences to the victims of the shooting late Sunday.”It is devastating that families cannot enjoy a community festival without fear of gun violence,” he said. “We have a moral imperative to end this epidemic.” 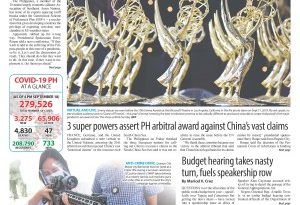 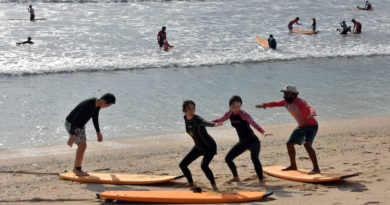 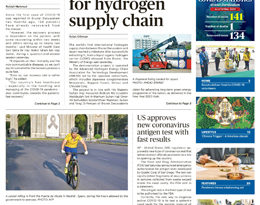