BANGKOK — There are many challenges to moving ASEAN economic integration forward amidst rising trade tension between global powers and changes in the global economic structure, a forum heard on Monday in Bangkok.

Speaking at the 3rd ASEAN Media Forum, Dr Suthad Setboonsarng, an ASEAN specialist, who is on the Board of the Bank of Thailand, said the US-China trade spat has harmed ASEAN economies, both directly and indirectly.

Though some countries are benefiting from an increase in exports due to companies’ moving manufacturing bases out of China, the gain is not as large as the full export value. What the countries gain is just the value added, Suthad said.

He gave the example of Việt Nam which is the country most benefiting from electrical equipment diverted from China, but the additional value it gains is small as it manufactures few components.

Besides, China’s economic slowdown as a direct consequence of the trade tension has led to the decrease of Chinese tourists to ASEAN and an increase of exports from China to compete with ASEAN products in both ASEAN markets and ASEAN export destinations.

Suthad warned that “more skirmishes are yet to come” as the US might impose tariff hikes in more places, including the EU and India.

In addition, ASEAN is experiencing a transition in global economy with the services sector accounting for a larger and larger proportion of global GDP, while the share of the industrial sector is decreasing, while a new production and trading system is emerging from the adoption of new technologies.

These factors require ASEAN countries to have more appropriate systems of governance and the governments to have political commitments to create a conducive environment for the transition, the economist said.

Pornpimol Kanchanalak, Advisor to the Minister of Foreign Affairs of Thailand, said the advancement of technology such as 5G, internet of things and artificial intelligence as part of the Fourth Industrial Revolution is causing more concerns for nations.

“Unlike the previous three such revolutions, the fourth will not leave us much time to adjust,” she said.

“The digital seamless connectedness is capable of making many changes happen faster than the blink of an eye, both constructively and disastrously. And changes will come regardless of our readiness,” she stressed.

He said most ASEAN economies are closed, particularly in the service sector.

“Small developing ASEAN economies, resource and institutional gaps are yet to be sufficiently addressed in order to participate in ASEAN-wide policies for a grand objective of seamless integration,” Khor stressed.

He said that the ASEAN Single Window platform has not been applied because only Singapore, Malaysia, Indonesia and Thailand are using electronic certificates of origin.

Khor expressed optimism that regional integration would bring long-term benefits and better living standards for ASEAN people, saying that given the less friendly global environment and rising protectionism sentiment, the impetus for integration will naturally be stronger.

ASEAN policymakers would have to look within the region for sustainable growth, he added.

Manu Bhaskaran, director of Centennial Group, said ASEAN has to be strong and united to offer protection to all its members.

Due to divergent interests, it is hard to force ASEAN countries into one mechanism. It would be more practical for smaller coalitions of like-minded countries to try bite-size integration, promoting cross border integration by developing iconic projects such as Iskandar project which was supposed to create an economic powerhouse that bridged the gap between Malaysia and Singapore, Bhaskaran said.

Dr Suthad said the global economy is in transition towards greater integration and the trade war should be resolved quickly to prevent further global damage.

“The integration of Asia will come closer to reality with the application of new technology.

“ASEAN has many mechanism that should be revised to make them more relevant to help integrate Asia.”

Pornpimol Kanchanalak, Advisor to the Minister of Foreign Affairs of Thailand, also said: “The best counterbalance to tension caused by negative aspects of rivalry is co-operation. And here is where a unified ASEAN and its centrality could play a role in steering the pivot from confrontation to ‘co-operative rivalry’ between the two global powers.

“Geopolitically, we have found that our region, situated right in the middle of the two vast and militarily and commercially important oceans, can play a useful balancing role as the major powers pivot,” she added.

The 3rd ASEAN Media Forum was held by the ASEAN Secretariat and the Deutsche Gessellschaft fur Internationale Zusammenarbeit (GIZ), in collaboration with the Foundation for Public Policy and Good Governance. — VNS 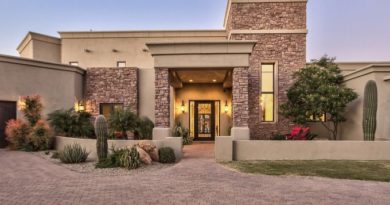 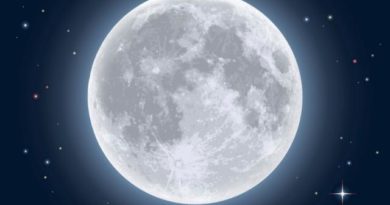 Science: Rare ‘Micromoon’ Is Gracing Us With Its Presence On Friday The 13th 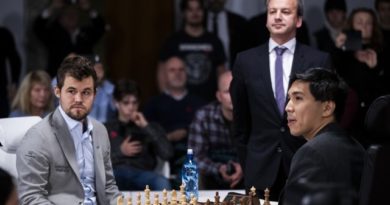 CHESS: Titans clash: So, Carlsen in grudge rematch for semis