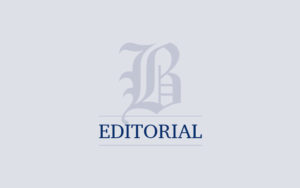 A relative yesterday shows a cellphone photo of Thai fishermen on one of two trawlers off Somalia who are waiting for help from the government to bring them home. (Photo by Surachai Piraksa)

The plight of Thai crew members on a fishing trawler off the Somali coast has caused a sensation, with their families pleading for the state to help speed up the return of their sons to Thailand.

The crew members’ hardship drew media attention after one of them made a video call to his friend in Thailand from the Wadani 1, explaining how harsh life is aboard the trawler as “the supply of food and drinking water has become scarce”. On top of that, he was upset about overdue wage payments. Some of the crew alleged they had only been paid once in eight months.

It is reported that the crew signed two-year contracts with a joint-venture set up by Iranian and Thai nationals in October last year. But after working in Iranian waters for a few months, the boat was sold to a Somali national and headed to the waters off Somalia. The move from Iranian waters to Somali seas suggests a breach of employment contracts, but it remains unclear if the employers violated Illegal and Unreported and Unregulated (IUU) fishing rules.

With pressure from several state agencies mounting, there are reports that the company has started to supply food and water to the crew members, and their return to Thailand is being arranged.

Nithiwat Thiranantakul, the Thai owner who abandoned the initial venture with his Iranian partners before assuming the role of an adviser to the new Somali owner, insisted the reports of shortages of food and fresh water as well as unpaid wages are merely “technical issues” and the company is trying to resolve them.

The ‘Wadani 1’ crew will likely be able to return home soon, but Thai authorities must realise their jobs are not over yet. They must be aware that the need to rescue the crew only reflects the ministries concerned not having implemented preventive measures and precautions in the first place.

On the contrary, there is a need to look beyond the sensational nature of the current incident. Officials — especially those at the Labour and Fisheries ministries — must improve their work ethic and adopt proactive measures to tackle issues related to fishing, which are complicated for a number of reasons.

While it is true that some fishing trawlers head abroad because of the depletion of marine stocks in Thai waters, a significant number of fishing trawlers have shifted to other areas because they want to avoid anti-IUU measures implemented by the Prayut Chan-o-cha government. In doing so, quite a few of these trawler owners have taken advantage of legal loopholes that make it difficult for the Thai state and laws to reach them. It’s hard even to verify if certain vessels are Thai-owned.

It’s high time the authorities concerned brainstormed and closed all the loopholes. It’s crucial to look into the possibility of imposing more stringent measures to guarantee the well-being of fishing crews working far from home to protect them from unfair employment contracts and guarantee they get paid.

The Wadani 1 saga is a wake-up call. The fact is that many fishing vessels with Thai crews on board, including the Wadani 2 owned by the same firm, roam foreign waters, some in very risky and lawless parts of the world. 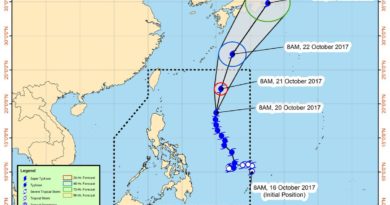 Asean Weather Oct. 20-22 2017 : Typhoon #PaoloPH has slighlty changed its course and is now moving in a North Northeast direction. 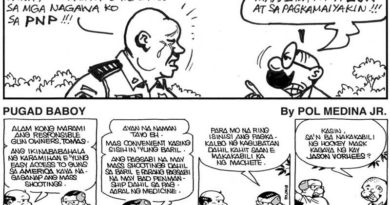 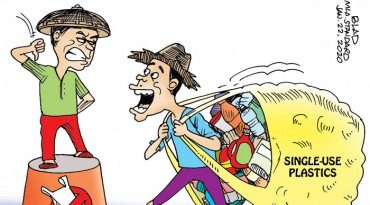