Visitors can look forward to enjoying a wealth of activities and natural wonders in Phouphasouk Park, Saravan province, which will reopen in the middle of this month.

An official at the provincial Information, Culture and Tourism Department, Mr Panya Mouthsika, told Vientiane Times that the park closed during the rainy season every year because of heavy rainfall and for maintenance work.

The park contains several caves of which Tham Phouphasouk is one of the most striking. But during the rainy season the water level inside the cave rises and it becomes inaccessible.

There are also other activities to enjoy such as picnicking, hiking, a restaurant and a water slide for children. Visitors can also camp overnight in tents,

Mr Panya said.The site will reopen this month so that visitors can once again explore the cave’s amazing interior.

The park is located in Pakpongtaleo village, Saravan district, about 19km from the provincial capital, and has year-round road access.

Saravan province is renowned for its natural beauty and the Loc, Mayhia, Soung, Saen, and Kaengkou waterfalls.

Another attraction is Pha Taem Phou Lahit hill, where officials plan to develop infrastructure and install facilities so that more people can enjoy this beautiful area.

Visitors to Saravan are also in for some culinary treats such as freshly grilled chicken and chicken soup, while the province is known for its wood carvings by skilled ethnic craftsmen, as well as wicker goods.

.
Saravan province is located in the south of Laos about 690km from Vientiane, and can be reached by car or bus.

It is accessible via all-weather roads and the journey allows tourists to experience stunning views and breathtaking landscapes, as well as an abundance of fresh air.

Visitors can be accommodated at seven hotels, 51 resorts and guesthouses, 48 restaurants and 66 entertainment venues.

.
Last year Saravan attracted more than 110,000 visitors from within Laos and other countries, according to the Ministry of Information, Culture and Tourism.

.
More than 2.2 million tourists came to Laos in the first six months of this year, up about 5 percent compared to the same period last year. 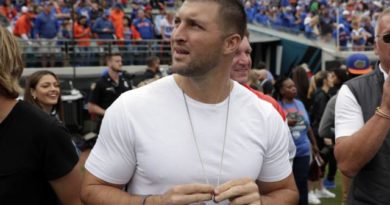 BASEBALL: Tebow will play for Philippines in World Baseball Classic 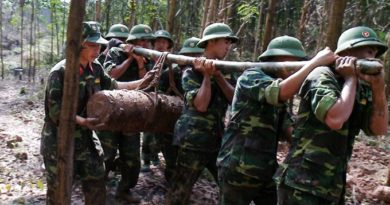