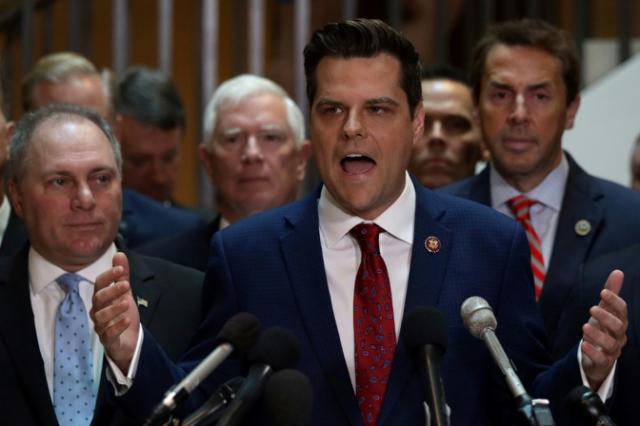 Furious about being left out of the Donald Trump impeachment process, US congressional Republicans stormed a closed-door witness deposition and refused to leave for several hours in an escalation of the showdown over the investigation of the president.

More than two dozen lawmakers barged into a secure US Capitol meeting room known as a SCIF, delaying the Wednesday testimony of a Pentagon official who was the latest witness in the democrats-led investigation of possible abuse of power by Trump over his pressure campaign against Ukraine.

The White House has been confronted with a series of depositions by current or former administration officials in recent weeks as Democrats lay out the most serious case against the president in his nearly three years in office.

But none appears as explosive and damning as that of the top US envoy to Ukraine, Bill Taylor, who on Tuesday testified to lawmakers.

They said Taylor offered startling details that showed a quid pro quo of military aid for political assistance was offered.

Trump this week demanded Republicans “get tougher and fight” back.

On Wednesday, he issued a stern warning to any Republicans who might turn on him, describing so-called Never Trumpers within his own party as “human scum.”

With Trump railing against process — “Does anybody think this is fair?” he raged on Twitter — a few dozen conservative backers sought to bring the conflict to a head by marching uninvited into the deposition room.

It is a violation of US House rules to enter SCIFs — secure facilities designed to prevent electronic eavesdropping — without permission, and concerns were raised that lawmakers were committing serious security breaches by entering with their mobile phones and other devices.

Some of the Republican encroachers apparently began tweeting from inside.

“BREAKING: I led over 30 of my colleagues into the SCIF where (House Intelligence Committee chairman) Adam Schiff is holding secret impeachment depositions. Still inside – more details to come,” tweeted congressman Matt Gaetz, a fierce Trump defender.

“As such I am requesting you take action with respect to the members involved in the breach,” Thompson wrote.

The sit-in delayed the deposition of Laura Cooper, a deputy assistant secretary of defense responsible for Ukraine policy, for several hours.

Cooper began testifying later in the afternoon, a staffer told AFP, and that evening Schiff tweeted she “did her lawful duty and answered questions from both parties.”

“She did so notwithstanding efforts by the President to stop her, and when those failed, efforts by his GOP allies in Congress to do the same,” he wrote.

Steve Scalise, the number two House Republican who joined the protest, said lawmakers were being denied access as Democrats were “trying to impeach the president of the United States with a one-sided set of rules.”

All members of the three House committees conducting the investigation, including more than 40 House Republicans — among them Vice President Mike Pence’s brother, congressman Greg Pence — are permitted to attend the depositions and question witnesses.

Several of those with full access to the hearing joined other Republicans in the protest, arguing that the impeachment process deserves more transparency.

Republicans opposed to the impeachment process have settled on the new strategy of attacking the process itself, claiming it is invalid because the House has not taken a floor vote to launch an impeachment inquiry, and that it lacks transparency.

Taylor delivered a withering deposition Tuesday that some Democrats have described as the most damning testimony yet.

Number two Senate Republican John Thune acknowledged that the picture painted by the envoy according to reports was “not a good one.”

In a 15-page opening statement to lawmakers, Taylor provided extensive details of how Trump sought to withhold US military aid to exert pressure on his Ukrainian counterpart, Volodymyr Zelensky, to launch an investigation of his political rival Joe Biden and his son.

Taylor said in his statement that the US ambassador to the European Union, Gordon Sondland, told him that “‘everything’ was dependent on such an announcement, including security assistance.”

photographs, news, editorials, opinions, information, data, others have been taken from the Internet ..aseanews.net | [email protected] | For COMMENTS- Eagle Rock
It's only fair to share... 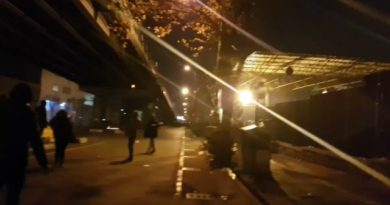 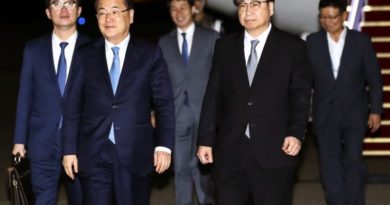 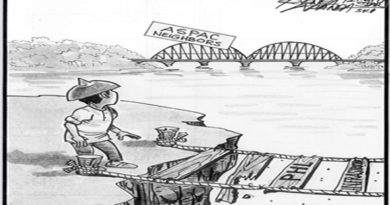