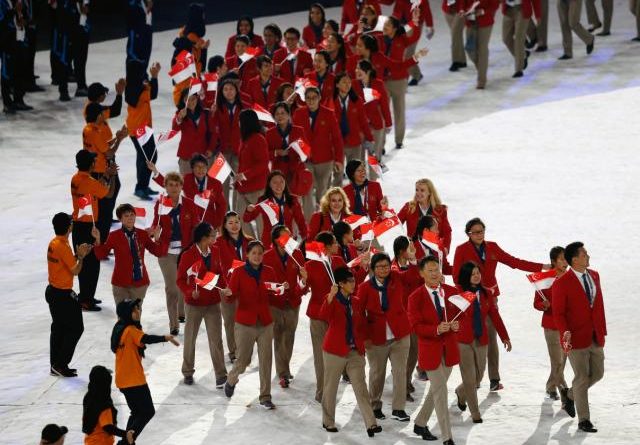 SINGAPORE — You know the drill. Every two years, the SEA Games will come around, and detractors will sharpen their knives, clear their throats and begin to mock the “kucing kurap” Games.

What a joke of a sports event, they say. What’s the point in putting obscure sports like arnis, sambo and kurash in its programme?

And what’s that? Chess and e-sports? How can they be considered as sports?

Where are the world champions? Who are the record breakers? And we haven’t even began to talk about the shoddy organisation.

This is an insignificant and half-baked (i.e. “kucing kurap”) event not worth supporting, these critics will say.

To which my response will be: Yes, these are all valid questions up for debate. But if you think these controversies make the Games irrelevant, then you’re missing out on all the quirky fun that is unique to the SEA Games.

And having covered the biennial event in some form or another since 2003, I can assure you that, once you allow yourselves to be immersed in the Games, you will enjoy its idiosyncratic and unassuming nature over the massively-bloated version of the Olympics that is currently on show every four years.

Still, it is a frequent sore point about the Games that the sporting programme changes on the whims of the host nation.

A sport that is popular among some Southeast Asia nations may be dropped unceremoniously by a host country who does not fancy its medalling chances in it. Conversely, an obscure sport may suddenly appear in the programme, with a suspicion that its main purpose is to pad up the host’s medal tally to boost its standings among its regional rivals.

Yet, what this means is that the SEA Games can be tailor-made to suit the host nation’s financial capability and organisational know-how, and not be burdened by the need to run a fixed number of sports up to the lofty standards set in prior Games editions.

Look at the predicament that the International Olympic Committee (IOC) is facing right now. Cities are increasingly baulking at the gargantuan costs of hosting the Summer Olympics, because the IOC has insisted that they must be able to organise a massive 33 sports that it has sanctioned for the sporting world to compete for.

The operational budget of an Olympic Games can run up to the billions. It is a daunting undertaking for any nation, let alone a developing one. Not surprisingly, only five cities submitted bids for the 2020 edition after 12 did so for the 2004 Games.

The SEA Games, on the other hand, is not overly burdened by its sporting obligations. According to its charter and rules, a host nation must run two compulsory events – aquatics and athletics – and a minimum of 14 widely-played sports in the region.

And so a developing country like Laos was able to have its moment of pride in hosting the Games for the first time in 2009, offering a lean sporting programme. Myanmar also had the confidence to hold the Games in its sparse capital of Naypyidaw in 2013, and soon Cambodia will follow suit in 2023.

Obscure sports matter a lot to their athletes

Of course, SEA Games is not just about the host nation, but its athletes. Here is where critics who ridicule the obscure sports are missing the point when they argue that such sports devalue the Games.

Because to those athletes taking part in the obscure sports, it is their moment of sporting joy for persevering in these little-known sports.

For arnis and vovinam exponents, it is a prime showcase for the respective national martial arts of the Philippines and Vietnam.

Even Singapore, which does not have any national martial art, has seen some of its young athletes benefit.

Constance Lien, now a jiu-jitsu world champion, had struggled physically and mentally in her first attempt to represent the country at the SEA Games, in the highly-competitive sport of swimming.

Her subsequent switch and success to the combat sport earned her a second chance at making this year’s Games, which will be held in the Philppines from 30 November to 11 December.

Ditto Nazri Sutari. After national service hindered his progress in fencing, he switched to mixed martial arts and was rewarded for his endeavour with a shot at glory in the obscure combat sport of sambo, also at this year’s Games.

Hearing their satisfaction and enthusiasm at representing their country at the Games, it makes one realise the value of such obscure sports: it provides opportunities that are otherwise non-existent at bigger sports events like the Asian Games or the Olympics.

And even the Olympics are starting to see the value of such sports.

And the SEA Games can then boast that all five sports have already been included in its programme. Softball was introduced way back in 1981, karate in 1985, sport climbing in 2011, while surfing and skateboarding will be in the programme at this year’s edition.

Half-baked events, or trailblazing pioneers? Perhaps the debate will not end until arnis or vovinam is included in the Olympics.

And still the critics whine about the lack of quality. Admittedly, it is unlikely to see world records being set at the Games.

But there are world beaters gradually appearing. Joseph Schooling cut his teeth as a teenager at the 2011 Games, and even after winning the Olympic swimming gold in 2016, he still insists in competing for more golds at the regional competition.

And if you really want a world-class competition, you cannot go wrong with badminton, as Indonesia, Malaysia and Thailand are powerhouses in the sport and regularly provide top-tier shuttlers.

Enjoying the idiosyncrasies of Southeast Asia

But really, the SEA Games is less about seeing world-class talent, and more about watching athletes who may be your relatives, your childhood friends or even your business acquaintances.

It is about watching amateur sportspeople proving to themselves how high a sporting level they can attain, before they move on to other careers or endeavours.

It is about discovering exciting new talents who are just spreading their wings in their quest to eventually conquer the world.

And it is about enjoying the idiosyncrasies of Southeast Asia, manifested through its obscure sports.

So go ahead, ridicule the SEA Games. Just know that you will miss out on a lot of quirky fun which you will not experience at the bloated Olympics.

I know what I want. I’ll take “kucing kurap” anytime.

Here are the top-performing Singapore athletes at the SEA Games

COMMENT: SEA Games hosts must not drop the ball on athletes again 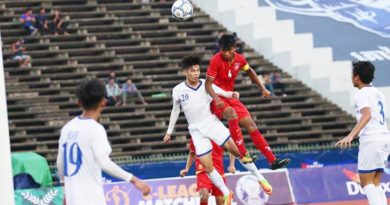 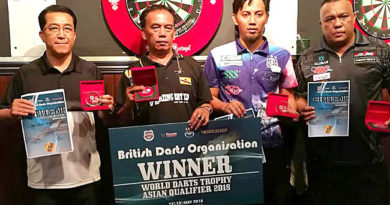 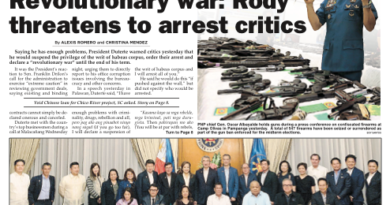