A man who visited Disney World and traveled through Los Angeles International Airport this month has died from COVID-19, the disease caused by the coronavirus, sources said. (Joe Burbank / Orlando Sentinel) / By HAILEY BRANSON-POTTS, -RICHARD WINTON

A 34-year-old man who tested positive for the coronavirus infection after visiting Disney World and traveling through Los Angeles International Airport earlier this month died Thursday at a hospital in Pasadena, according to medical and government sources.

The Glendora man, who spent nearly a week on a ventilator, had underlying medical conditions, including asthma and bronchitis, the sources said.

The Glendora man, who spent nearly a week on a ventilator, had underlying medical conditions, including asthma and bronchitis, the sources said.

The Times has chosen not to not identify the man to prevent his family from being shunned or targeted.

Los Angeles County health officials on Thursday announced that a man between the ages of 30 and 50 had died, becoming the second person in the county to die from COVID-19, the disease caused by the coronavirus. They did not provide the man’s name.

Barbara Ferrer, director of the L.A. County Department of Public Health, said the man lived in a “small community in the area near Pasadena” and had underlying health conditions. All cases in the county are being isolated and their close contacts quarantined, she said.

“I want to express my deepest condolences to the family and friends of the person who is deceased,” Ferrer said. “I am so sorry for your loss, and I hope you know that we as a community are mourning with you.”

On Thursday, the sister of a 34-year-old Glendora man posted on Facebook that her brother “went to be with Jesus this morning.”

“He suffered a lot and put up a good fight,” she said.

For six days, his sister took over his Facebook page, posting updates about his rapidly-deteriorating condition.

He had sent her a text message, she wrote Sunday, that said: “Tell my friends.”

The man had a history of asthma and frequent bronchitis as a child, but he had not needed an inhaler for years, his sister wrote.

According to his sister, the man flew from LAX to Orlando, Fla., for a work conference on March 2. He was healthy.

He extended his trip for two days to visit Disney World and Universal Studios with friends. On March 7, she wrote, he developed a cough. The next day, he began coughing up blood.

The man flew back to LAX on March 9 and “went straight to the ER with a high fever,” his sister wrote. “A chest X-ray confirmed pneumonia.”

The man was tested for COVID-19, given fluids and a dose of IV antibiotics. He was sent home, she wrote, and told to monitor his symptoms and self-quarantine until the results came back.

On March 13, she wrote, the results came back positive. An ambulance picked him up and took him to the emergency room. The next morning, he was taken to an intensive care unit after a CT scan showed 60% to 70% of his lungs blocked with pneumonia, she wrote.

“Shortly after his transfer to the ICU, they sedated him and put him on the ventilator,” she wrote.

For days, the man’s sister wrote about doctors trying different antiviral medications as he lay sedated and told his friends: “Please keep praying.”

On Tuesday, she was hopeful, writing that he had gotten Remdesivir, an antiviral drug that has been administered to some coronavirus patients and is being tested in clinical trials.

He “JUST GOT THE ANTIVIRAL!! THANK YOU JESUS!!” his sister wrote Tuesday night in a post filled with praying-hands emojis.

On Thursday morning, she wrote, he died.

“We are thankful for all the fun happy memories of the times we had together,” she wrote. “Thank you to everyone who has been praying. We love you all.” 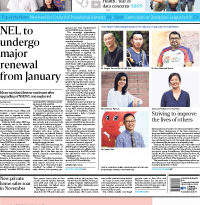 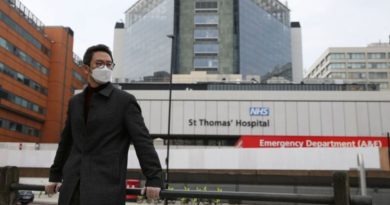 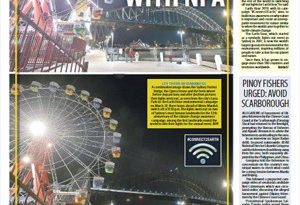