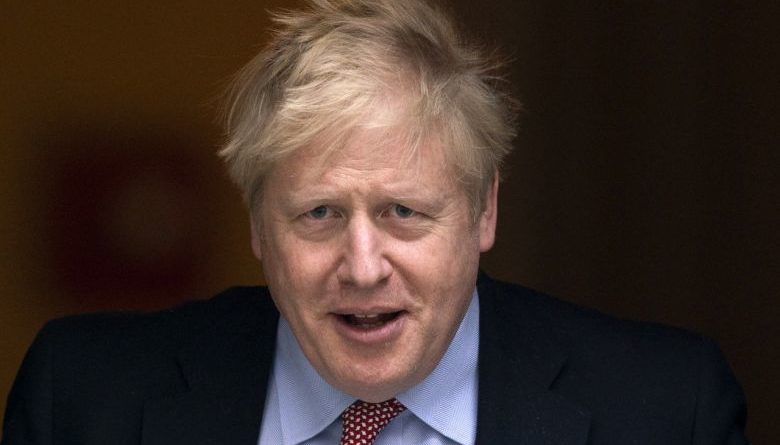 MILAN (REUTERS) – Italy reported its lowest daily Covid-19 death toll for more than two weeks on Sunday (April 5) as authorities began to look ahead to a second phase of the battle against the new coronavirus once the lockdown imposed almost a month ago is eventually eased.

The toll from the world’s deadliest outbreak reached 15,887, almost a quarter of the global death total, but the rise of 525 from a day earlier was the smallest daily increase since March 19, while the number of patients in badly stretched intensive care units fell for a second day running.

“The curve has reached a plateau and begun to descend,” said Silvio Brusaferro, head of the Istituto Superiore di Sanità, Italy’s top health institute. “It is a result that we have to achieve day after day.”

“If this is confirmed, we need to start thinking about the second phase and keep down the spread of this disease.”

The total number of confirmed cases of the novel coronavirus rose by 4,316 to 128,948, the lowest increase in five days, which added to signs the epidemic has reached a plateau, about six weeks after it broke out in northern Italy on Feb 21.

Sunday’s figures added to growing signs the tough restrictions on movement and public gatherings imposed across the country on March 9 were having an effect in containing the epidemic, but officials have been desperate to avoid a letup.

But alongside the public health crisis, the government is also grappling with the economic devastation caused by the sudden halt to business across the country.

Following several days of encouraging data, Health Minister Roberto Speranza outlined a series of measures, including more testing and a beefed up local health system, intended to allow a gradual easing until a vaccine might be developed.

“There are difficult months ahead. Our task is to create the conditions to live with the virus,” at least until a vaccine is developed, he told the daily La Repubblica newspaper.

The national lockdown, strictly limiting people’s movements and freezing all non-essential economic activity, will officially last until at least April 13 but it is widely expected to be extended. Speranza said it was too early to say when it could be lifted.

The minister said he had issued a note outlining five principles around which the government planned to manage the so-called “phase two” of the emergency, when lockdown restrictions began to be eased but before a full return to normal conditions.

He said social distancing would have to remain, with wider use of individual protection devices such as face masks, while local health systems would be strengthened, to allow a faster and more efficient treatment of suspected Covid-19 cases.

Testing and “contact tracing” would be extended, including with the use of smartphone apps and other forms of digital technology while a network of hospitals dedicated solely to treating Covid-19 patients would be set up.

ROME  — Europe saw further signs of hope in the coronavirus outbreak Sunday as Italy’s daily death toll was at its lowest in more than two weeks and its infection curve was finally on a downward slope. In Spain, new deaths dropped for the third straight day. 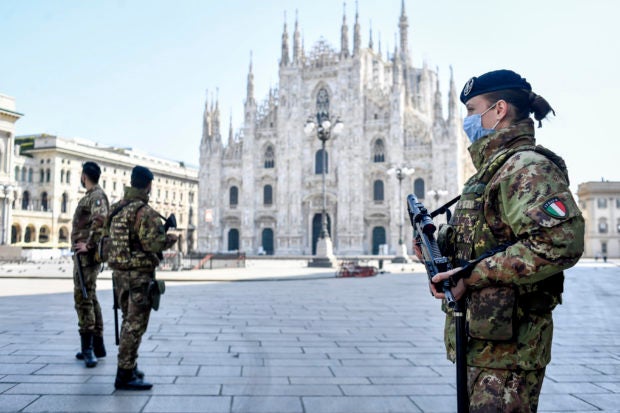 Soldiers patrol in front of the Duomo gothic cathedral in Milan, Italy, Sunday, April 5, 2020. The government is demanding Italians stay home and not take the leveling off of new coronavirus infections as a sign the emergency is over, following evidence that more and more Italians are relaxing restrictions the west’s first and most extreme nationwide lockdown and production shutdown. (Claudio Furlan/LaPresse via AP)

But the optimism was tempered by Britain’s jump in virus deaths that outpaced the daily toll in Italy.

Angelo Borrelli, the head of Italy’s Civil Protection agency on Sunday, said there were 525 deaths in the 24-hour period since Saturday evening. That’s the lowest such figure in the country since 427 deaths were registered on March 19.

LONDON (REUTERS, AFP, BLOOMBERG) – British Prime Minister Boris Johnson was admitted to hospital for tests on Sunday (April 5) in what Downing Street said was a “precautionary step” because he was showing persistent symptoms of coronavirus 10 days after testing positive for the virus.

Johnson, who was isolating in Downing Street after testing positive last month, still had a high temperature and so his doctors felt he should go to hospital for tests. He remains in charge of the British government, his Downing Street office said.

“On the advice of his doctor, the prime minister has tonight been admitted to hospital for tests,” Downing Street said.

“This is a precautionary step, as the prime minister continues to have persistent symptoms of coronavirus ten days after testing positive for the virus,” the statement added.

News of his hospitalisation came only after an hour after Queen Elizabeth delivered a rallying call to the British public saying they would overcome the coronavirus outbreak if they stayed resolute.

Johnson, 55, on March 27 became the first leader of a major power to announce that he had tested positive. He went into isolation at an apartment in Downing Street and said on Friday he was staying there as he still had a high temperature.

“Although I’m feeling better and I’ve done my seven days of isolation, alas I still have one of the symptoms, a minor symptom, I still have a temperature,” a weary-looking Johnson, sitting in a chair with his shirt open at the neck, said in a Twitter video message on Friday.

Downing Street underscored that this was not an emergency admission and that Johnson remains in charge of the government.

With only an unwieldy collection of sometimes ancient and contradictory precedents to go by, there is no simple, formally-enshrined “Plan B” or succession scenario if the prime minister is incapacitated.

Another quick update from me on our campaign against #coronavirus.

You are saving lives by staying at home, so I urge you to stick with it this weekend, even if we do have some fine weather.#StayHomeSaveLives 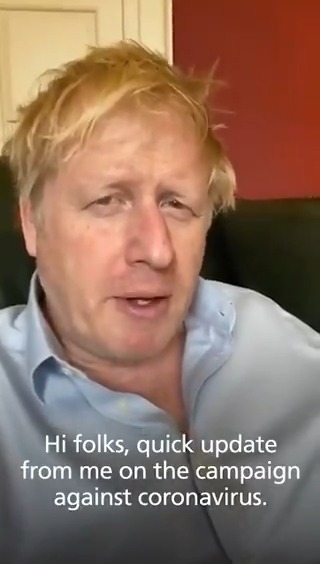 12.3K people are talking about this

Johnson was taken to an unidentified hospital on Sunday evening. Downing Street refused to say what tests Johnson was to have in hospital.

Queen Elizabeth has been informed of Johnson’s admission to hospital, Buckingham Palace said. It made no further comment.

The Downing Street announcement came as the 93-year-old queen offered a message of hope to everyone affected by the global pandemic. Britain currently has 47,806 confirmed hospital cases and 4,934 deaths. The monarch’s eldest son, heir to the throne Prince Charles, has tested positive after displaying mild symptoms.

UK unlikely to relax coronavirus lockdown until end of May: Govt adviser

The newly elected leader of the opposition Labour Party, Keir Starmer, offered his best wishes. “Wishing the prime minister well and a speedy recovery,” he said.

US President Donald Trump said he was “hopeful and sure” Johnson, who was hospitalised for further coronavirus tests after testing positive, would recover.

“He is a friend of mine, he is a great gentleman, a great leader. He was brought to the hospital today but I am hopeful and sure that he is going to be fine,” Trump said at his White House briefing.  “He is a strong man, a strong person.”

CORONAVIRUS IN THE UK

Johnson’s personal health problems add to the sense of confusion surrounding the UK’s response. He has faced criticism in the United Kingdom for initially approving a much more modest response to the novel coronavirus outbreak than other major European leaders.

Unlike in some other countries the UK has not conducted widespread testing to gather reliable data on infections, instead advising anyone with symptoms of a cough or a fever to self-isolate at home.

But he swiftly changed tack when projections showed a quarter of a million people could die in the United Kingdom.

He effectively shuttered the world’s fifth-largest economy, advising people to stay at home and the elderly or infirm to isolate themselves for weeks.

The virus, however, penetrated the British government. Johnson and his health minister Matt Hancock tested positive last month but was back at work on Friday and his chief medical adviser, Chris Whitty, also self isolated after displaying symptoms.

Hancock on Sunday described Johnson’s condition as “OK” and said he had been in “good spirits”.

Carrie Symonds, Johnson’s 32-year-old pregnant fiancée, said on Saturday that she had spent the past week in bed with symptoms of the novel coronavirus but after seven days of rest felt stronger and was on the mend.

Experts said the most likely tests for a person of the prime minister’s age with Covid-19 symptoms after 10 days would be to assess oxygen levels and an electrocardiogram check of his heart.

“They will also check blood tests to see what the immune response to the virus looks like, and to assess liver and kidney function.” Other tests could include a CT scan of the chest to get an accurate picture of the lungs.

“The prime minister thanks NHS staff for all of their incredible hard work and urges the public to continue to follow the government’s advice to stay at home, protect the NHS and save lives,” Downing Street said.

British media on Sunday reported disputes at the top of  government over the exit strategy, with finance minister Rishi Sunak pushing for a path to be mapped out towards lifting the restrictions to help limit damage to the economy.

Hancock denied there was any rift. “We are working very closely together, and what matters is that we can get out of this as fast as possible,” he told Sky News. 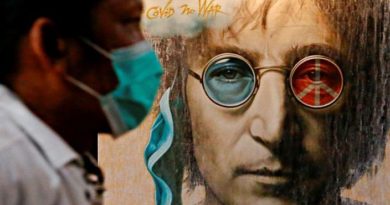 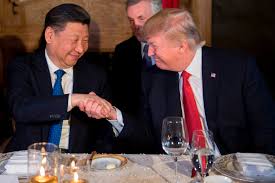 COVID-19 PANDEMIC: China signalling it is ‘done giving face’ to US 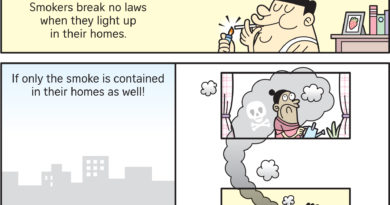