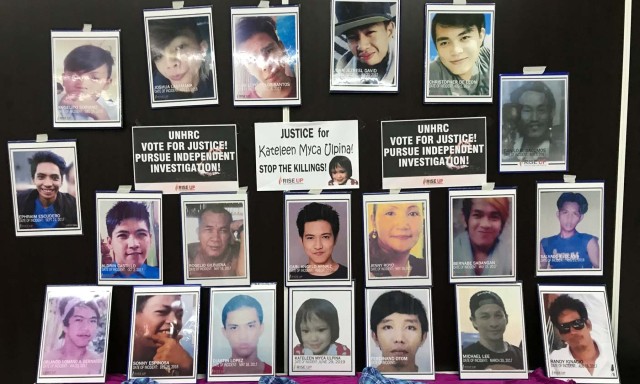 MANILA, Philippines – June 30, 2020 signals not just President Rodrigo Duterte’s 4th year in power, but also another year without justice for the thousands killed in his anti-illegal drugs campaign.

It will be exactly 1,003 days since Nanette Castillo’s son, Aldrin, was mercilessly killed in Tondo, Manila. Since October 2, 2017, Nanette has desperately tried to fill in the void left when unidentified gunmen asked Aldrin to kneel before shooting him twice in the head and twice in the torso.

More than two years may have passed but the details remain vivid as ever for Nanette. She remembers her daughter’s frantic voice on the other line, the one-hour commute to the scene of the crime, and seeing her son’s lifeless and bloodied body slumped on the road.

The pain and grief will never go away, Nanette said, but they are fueling her quest for justice. She has since joined protest movements, engaged with other grieving mothers and widows, and has openly talked in public against the violent drug war.

(I voiced out my anger and call for justice almost immediately. I am motivated by the unacceptable deed they did to my son.) 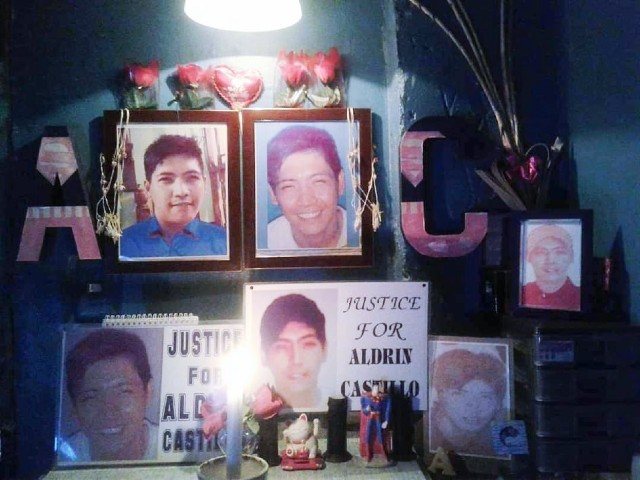 Nanette told Rappler that fear will always be there. Her family fears for her life. Distant relatives, all supporters of the administration, already told her to stop because it will not lead to anything. Even other families of victims, whom she’d talked to, are afraid.

(I love my son so much and given what has happened, I will not allow him to be forgotten by people and to have no justice for his death. He’s always in my heart and mind, I know that he wants me to fight for him.)

On the legal side, there has been not much progress for Aldrin’s case. His death remains to be one of the thousands that are yet to be solved, if the investigation was even started in the first place.

According to Nanette, the only document she has is the spot report.

(I tried to get the police report, they weren’t willing to give anything. They gave many reasons and they told me to just go past midnight because that’s when the investigator is on duty. Who will be comfortable going to a police station at that time?)

Nanette’s experience with police officers is similar to thousands of others. Uncooperative police officers are usually the first hurdle that families face in trying to get justice for their loved ones.

Even the Commission on Human Rights (CHR), mandated by the 1987 Philippine Constitution to investigate state abuses, faces a blank wall when it comes to dealing with the PNP.

The promised opening of police reports, or even at least spot reports, never materialized despite numerous letters of request.

“Lackluster ang cooperation nila sa amin (Their cooperation with us is lackluster),” CHR Investigation Office Director Jasmin Regino told Rappler. “They have a number of ways to decline our requests.”

The lack of information-sharing and access to important documents proved to be a challenge. It’s like “looking for a needle in a haystack,” Regino said, since they start with nothing. They get a tip, but they will not be able to probe further.

CHR’s special investigators sometimes have to employ their own techniques in probing. In some cases, they resort to just taking photos of documents they need after negotiating with the police. 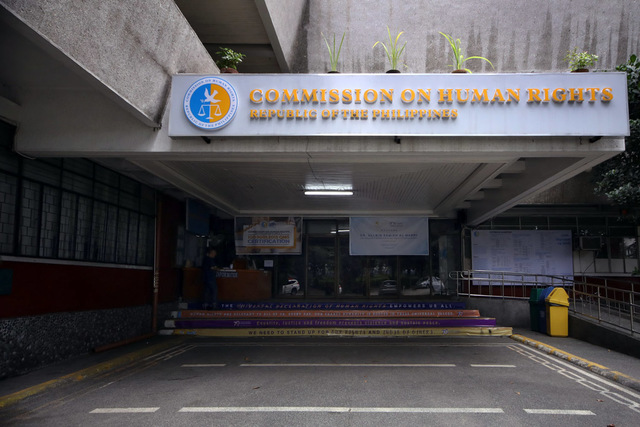 (If the police don’t give us reports, at least we can get information from partners on the ground. More or less, we have some information so we can deploy our special investigators.)

Non-cooperation of law enforcers, together with the Commission’s lack of manpower resources, proved to be a challenge in pursuing justice for the victims of Duterte’s war on drugs.

The violent campaign has claimed the lives of more than 6,000 people in police operations, while human rights groups estimate the number to reach at least 27,000, to include vigilante killings. (READ: The Impunity Series)

But CHR has investigated only 3,101 cases – 1,803 were killed in police operations while 1,298 were killed vigilante-style.

The Commission has so far referred 96 cases to other government bodies while 7 are set to be filed soon:

‘Boils down to climate of fear’

CHR also has archived at least 500 cases already due to lack of evidence or other vital information that could move it forward.

But Regino said that archiving a case is not the end, it just means that it will be parked until more evidence come in, or a witness comes forward.

“Even victims’ families, they refuse to cooperate with us because of the climate of fear kasi raw baka raw babalikan sila (since they fear reprisal),” she said. “Kahit kami tumutulong na, marami talaga ang takot at ayaw talaga magsalita (Even if we’re helping them already, a lot are still scared and don’t want to speak).”

Regino recalled families who reported being harassed by local authorities, or felt that they were being monitored when they reached out to CHR. This usually leads to them refusing to further cooperate with investigators, or withdraw the case altogether.

Still, despite the small number of families going forward, Regino said CHR continues to monitor and document everything that’s happening. The prescription period for murder or homicide, after all, is 20 years, according to the Revised Penal Code.

The United Nations Office of the High Commissioner for Human Rights, in a report released on June 4, said that there is a “failure of domestic mechanisms to ensure accountability thus far.” (DOCUMENT: U.N. Human Rights report on killings, abuses in PH)

An analysis by Rappler also found that the Duterte administration has allowed thousands of killings to go unsolved, mainly due to systematic gaps at the police and prosecutorial levels.

Lawyer Krissy Conti knows all too well how the climate of fear and impunity blocked justice for many victims. It has manifested in the judicial process, too.

“If you’re going against government policy, then it’s so sure that every stage of the prosecutor or the legal aspect, meron kang kalaban (you will have to face an enemy),” Conti added.

She said there is “a little bit of a glimmer of hope” in local courts. But it takes a long time.

For example, Conti pointed out a case she’s handling that’s taken close to 3 years already, in the same Caloocan court that convicted the killers of 17-year-old Kian delos Santos – the first conviction of abusive cops in Duterte’s drug war.

“Ang napansin namin (we’ve noticed), if you put public pressure and the public eye on cases, judges will be more critical,” she said. 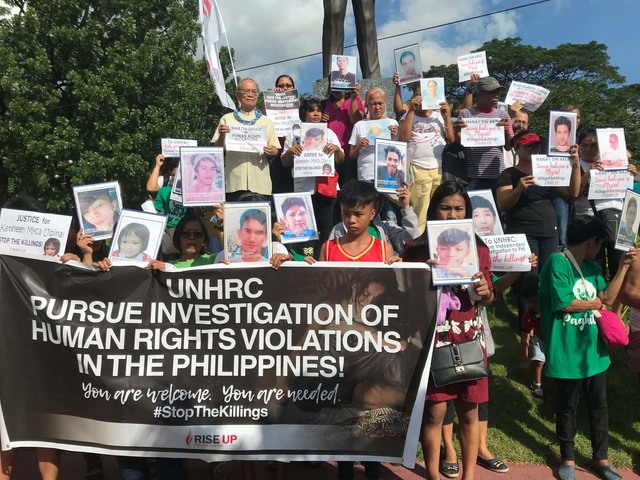 As member of the NUPL, Conti has been at the forefront helping families of drug war victims explore the avenues where they can seek justice. (READ: Lawyers do dirty groundwork to fight Duterte’s drug war)

She understands the fear of families, of lawyers, of those involved in the legal process. But she highlights also the courage of mothers, of widows, who come together to seek justice for their slain loved ones.

Since December 2016, Conti has been assisting the Rise Up for Life and Rights, a group composed of families left behind. She recalled that mothers and widows help each other determine what cases are ripe for filing or what still needs some further documentation.

Rise Up for Life and Rights brought its quest for justice to the International Criminal Court (ICC), after Prosecutor Fatou Bensouda announced that her office is opening a preliminary investigation into the drug war killings.

In August 2018, the group submitted to Bensouda a 50-page complaint in which they “call for an end to madness and for President Duterte, who has likened himself to one of the most evil men in history, to be brought before the ICC and be held to account for crimes against humanity.”

The families’ quest for justice has now gone beyond their sons and husbands. They did not want what happened to their loved ones happen to others.

The international court’s move has struck a chord. Duterte withdrew the Philippines’ membership from the ICC, aside from publicly lambasting Bensouda. (READ: Duterte throws out decade-long fight for the International Criminal Court)

But the withdrawal will have no effect on ongoing proceedings at the ICC. According to Bensouda, her office aims to finalize the preliminary examination in 2020 so they “reach a decision on whether to seek authorization to open an investigation into the situation in the Philippines.”

There is still no hint of what will happen. But for Conti, what sets the possible case with the ICC from international condemnation is that there’s a “real threat of arrest for Duterte.”

“Even if we say that the ICC has actually carried out only a few arrests, there is still a possibility that it could happen to Duterte,” she said. “Liliit ang mundo niya, even that slight chance na makulong siya, I think that jars him.”

(His world will become smaller. Even that slight chance of going to jail, I think that jars him.) 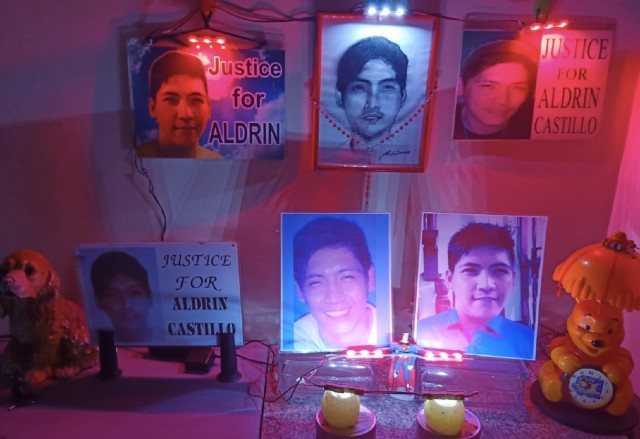 On Wednesday, June 24, Nanette Castillo commemorated the 997th day since Aldrin was killed. She rearranged the existing small corner dedicated to her son. Strips of LED lights surround the frames, illuminating photos of Aldrin whose smile is now a distant memory.

Posting this development on Facebook, Nanette wrote: “Nais kong palaging may ilaw ang mga larawan nya mapa araw man o gabi! Lalaging may puwang si Aldrin sa bahay at sa puso namin at iyon ang hindi nila kayang kunin sa akin.” (I want his photos to be illuminated day and night. Aldrin will always have a place in our home and hearts, and that’s something they can never take away from me.)

There are a lot of uncertainties surrounding the case of her son. One thing Nanette is sure of: in one way or another, justice will catch up with Duterte and other government officials complicit in the drug war.

(I won’t leave it to God, although of course I pray that justice will be served, but I won’t just give up. I have to act.) – Rappler.com

TOP PHOTO: JUSTICE. Some of the victims of extrajudicial killings in Duterte’s drug war. Photo by Micah Guiao/Rappler

Berries for a cause: Women-led …

Casimero at crossroads as trainer … 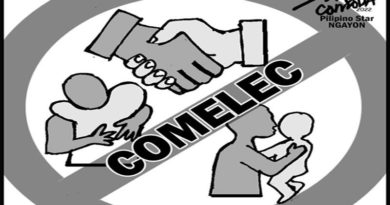 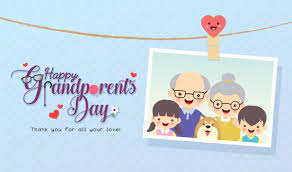 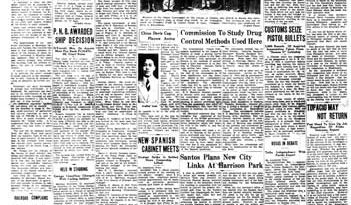