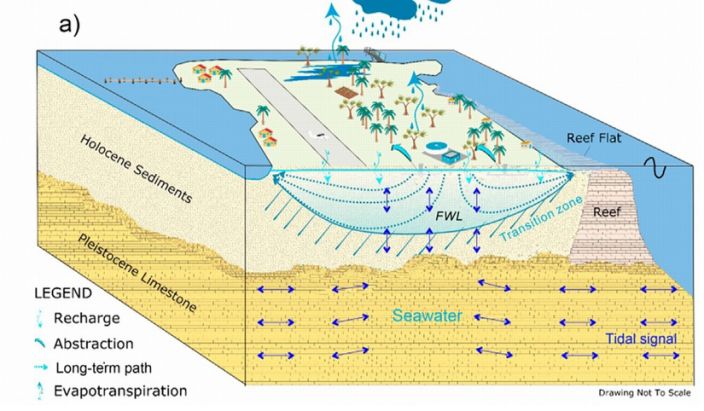 Comics Entertainment Latest News Sci-Tech
June 29, 2020June 29, 2020 Contributor 0 Comment THE DAILY PLANET: Freshwater reservoir found at one of Beijing’s artificial islands in the South China Sea
Scientists estimate the body of fresh water will have expanded to a depth of 15 metres by 2035. Photo: Xu Hehua
.

A fast-expanding body of fresh water has appeared under one of Beijing’s controversial man-made islands in the South China Sea, a Chinese study has found.

The fresh water was discovered beneath Fiery Cross Reef, known as Yongshu in China, and is believed to be growing at a rate of about 1 metre (3.3 feet) per year – more than twice the speed observed on naturally formed islands.

Similar reservoirs could also be building up under other artificial islands across the region, according to researchers from the South China Sea Institute of Oceanology in Guangzhou.

They could “serve as an important water resource for local inhabitants and ecosystems”, the team led by marine geologist Xu Hehua said in a peer-reviewed paper in the Journal of Hydrology last month.

Beijing claims sovereignty over most of the resource-rich South China Sea, but there are rival claims from its neighbours, and its island-building activities over the past six years have unnerved the region and drawn criticism from the US.

Fiery Cross Reef is part of the disputed Spratly archipelago claimed by China, Vietnam and the Philippines. Once a small coral atoll, China began building on the reef back in 2015 – turning it into an island that is 10 times the original size and now spans more than 2 sq km (0.77 sq miles).

With military facilities including missile launchers and a runway, Washington-based think tank the Centre for Strategic and International Studies calls it Beijing’s “most advanced” artificial base in the South China Sea.

It also gets a lot of rain. According to the study, annual rainfall was nearly 3,000mm (118 inches) at the reef – five times the average in mainland China.

While most of that rainwater sank underground through silt and sand, a belt of fresh water was found to be floating on top of the salt water, which is heavier and more dense.

This phenomenon, known as a “freshwater lens”, can take up to 150 years to form and stabilise on a naturally formed island, according to earlier studies.

But at Fiery Cross Reef, it appears to be moving a lot faster. Based on data from observational wells across the island, Xu and his team found the freshwater lens had appeared just two years after the land was reclaimed. This year it measured 7 metres (23 feet), and they predict it will have expanded to a depth of 15 metres (49 feet) by 2035.

The scientists believe land reclamation has sped up the process.

Five years ago, China sent in dredgers and cranes to build on the reef. They dredged up sand from the shallow lagoon and pumped it into the coral reef to create an artificial island 5 metres (16 feet) above sea level.

“This process is very similar to the formation of natural coral islands, which mainly depends on storm or tidal waves to move and carry coral debris to form the island,” Xu said in the paper. “[Land reclamation has] accelerated this process.”

The researchers found that the level of fresh water changed with extreme weather such as typhoons, which brought salt water flooding onto the island. But according to their computer modelling, the freshwater body on Fiery Cross Reef could become stable in as little as 15 years.

It would be important not just for humans on the island, but also its ecosystem, with many plants and animals depending on fresh groundwater to survive and thrive.

At present, people on China’s man-made islands rely on desalination, and there is a shortage of fresh water, according to official newspaper Science and Technology Daily.

Lu Chunhui, a professor of hydrogeology at Hohai University in Nanjing who was not involved in the study, said the freshwater lens could be fragile – and if it was tapped too early it could cause seawater to contaminate the reservoir.

He said it was possible to estimate how much fresh water could be extracted without damaging the resource, but it would require a wide range of data such as weather records and geological surveys.

Marine engineers have proposed ways to stop seawater intrusion on the island, including by building a wall. “Such technology works not only on remote islands but in coastal cities with water problems such as Singapore and Hong Kong,” Lu said.

Sign up now for a 50% early bird discount on the 100+ page China Internet Report 2020 Pro Edition, which includes deep-dive analysis, trends, and case studies on the 10 most important internet sectors. Now in its 3rd year, this go-to source for understanding China tech also comes with exclusive access to 6 webinars with C-level executives. Offer valid until 30 June 2020. 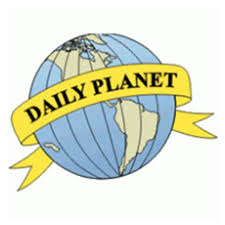 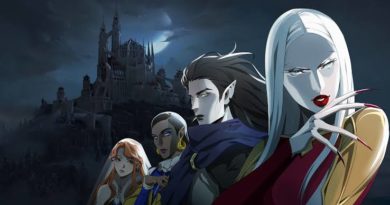 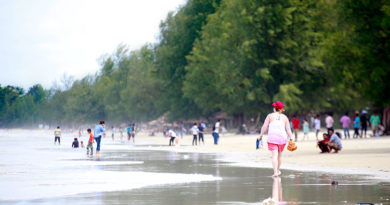 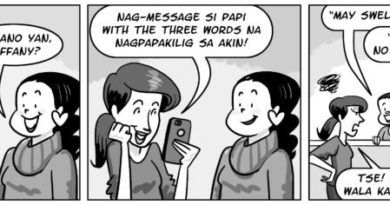