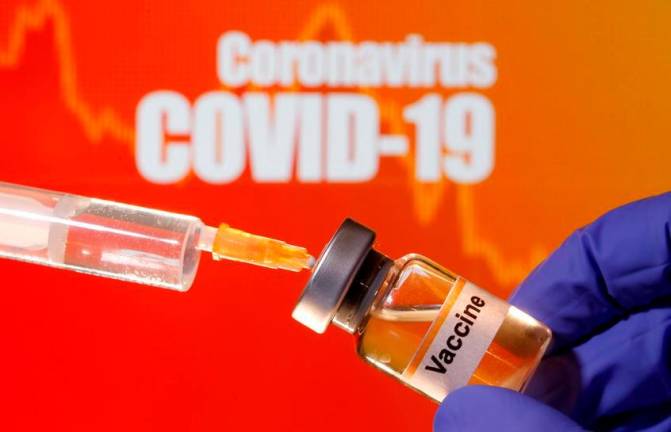 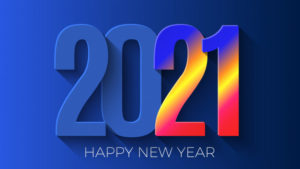 Brunei Darussalam recorded 239 days of no local COVID-19 cases since May 2020. The national tally of confirmed cases remains at 157 with five active cases receiving treatment at the National Isolation Centre.

The latest COVID-19 update as of noon yesterday was shared by Ministry of Health (MoH) in a press release.

Some 643 individuals are undergoing mandatory self-isolation at government monitoring centres while 10,355 have completed their stint since March 2020.

In its breakdown of COVID-19 cases in the country, healthinfo.gov.bn revealed that there have been 122 cases in the Brunei-Muara District, 29 in the Belait District and six in the
Tutong District.

Information can be obtained from MoH official website at www.moh.gov.bn, Health Advice Line at 148 or through the BruHealth app or healthinfo.gov.bn web app.

Prime minister Hun Sen, has reaffirmed the country’s stance to cooperate with the neighbouring Thailand in the fight against COVID-19 pandemic.

“We need to double our efforts to join hands with the Kingdom of Thailand to control the situation, while in Thailand yesterday, there were up to 250 new infections and Thursday, almost 200,” he underlined in a special voice message distributed Thursday evening.

The Premier re-appealed to the Cambodian migrant workers in Thailand to continue staying there so that the Thai authorities can check and treat them there, better than to bring the virus into the country and face job loss.

He therefore asked for understanding from the workers, stressing that Thailand even provides favorable conditions for the illegal workers to be able to stay there.

He also ordered the Royal Cambodian Armed Forces (RCAF) to postpone the transport of returning migrant workers inside the country, which could pose a risk for new community outbreak of COVID-19.

“But instead, we need to strengthen the 14-day quarantine capacity at the determined border gates and corridors […] and pay attention to controlling them (returning migrant workers) thoroughly and make sure that no one comes inside the country without  health checking, sample taking and quarantine,” he said.

The Ministry of Health was also instructed to take immediate action by supplying more materials and increasing more budget for the border provinces for the quarantine and sample taking and to deploy more medical staff there if necessary.

For other provinces, they were ordered to well monitor their localities whether there is any migrant worker returning from Thailand without health check and quarantine, in order to avoid transmission into their families and communities.

The special voice message was made after, according to the Prime Minister, the detection at the border of six new positive cases on Cambodian migrant workers from Thailand as of this evening, and the figures would rise to 10. C. Nika – AKP Jakarta. Indonesia concluded the year amid ongoing surge in newly coronavirus cases and deaths that put December as the worst period yet in the country’s outbreak, as hospitals and even graveyards in major hotspots are nearing capacity.

The country has added 204,315 cases in the month-long period to take its total to 743,198, an increase of 27.5 percent on the total number the previous month, government figures show.

The previous monthly high was 128,795 cases recorded in November.

Newly cases are rising at unprecedented speed due to resurgence in the country’s four most populous provinces.

Jakarta has reached a new level with daily cases beginning to top 2,000 regularly. The capital city has added 46,874 cases this month for a total of 183,735.

East Java has been averaging 718 cases since Dec. 1, more than twice the average in November, to take its total to 84,125.

West Java becomes only the second province after Jakarta to average more than 1,000 cases this month, by adding 31,062 cases for a total of 83,579.

Central Java sees the smallest growth in newly cases among the four giants, but it still averages 833 cases to bring its total to 81,716.

South Sulawesi is the next province where the virus is spreading at the fastest speed. It has recorded a total of 31,047 cases, of which more than one-third have occurred this month alone.

Riau and West Sumatra are the only provinces inside the top ten worst-affected provinces to report a slower growth in newly cases this month when compared to their November figures.

But Yogyakarta in southern Java has followed Banten to emerge fast as a new hotspot. The total number of coronavirus cases in Yogyakarta has more than doubled to 12,155 in just a month.

The total number of cases in Yogyakarta is ranked in the middle among the country’s 34 provinces, but its December total is the seventh-largest.

Like its neighbors, Yogyakarta saw an upturn in newly cases in late November.

Banten took over North Sumatra on Thursday to rank ninth among provinces with the most cases.

It means that all six provinces on the most-crowded island of Java are now enduring the darkest period of the Indonesian outbreak. They account for more than 60 percent of overall cases nationwide.

The latest Health Ministry data reveal that hospital bed occupancy rate in those six provinces has reached 75 percent or higher.

When it comes to the death toll, the order is a bid different. East Java is the deadliest place in the country’s outbreak with a total of 5,827 Covid deaths.

Central Java has recently surpassed Jakarta by accumulating a total of 3,362 deaths to rank second.

Jakarta is third with a total of 3,270 deaths and currently opening a new graveyard for Covid victims in the northern part of the city.

The move was taken after the Pondok Rangon cemetery reached capacity due to sudden surge in Covid deaths.

Bokeo provincial authorities have eased travel restrictions put in place earlier this month in order to reduce the damaging effects on the economy and tourism.

People may now freely enter and exit districts while in Tonpheung district provincial bodies are working with district officials to station officials at checkpoints to monitor the situation.

Tonpheung authorities have called on all officials and local residents to comply with measures regarding travel.

People may also travel by public transport between Luang Namtha and Phongsaly provinces but must contact health authorities and passengers must undergo quarantine.

Deputy Governor of Bokeo province and a member of the province’s Taskforce for Covid-19 Prevention and Control, Dr Khamphaya Phompanya, reported on the matter at the 10th session of the Bokeo People’s Council

The National Covid-19 Taskforce had asked subsidiary taskforces in Luang Namtha province to trace anyone believed to have come in direct contact with two Chinese nationals who tested positive for the virus. As a safety precaution, Bokeo province ordered the lockdown of Tonpheung district to prevent the possible spread of the virus.

To date, only 41 cases of Covid-19 have been recorded in Laos and no deaths from the virus have been reported. The Standing Director General of the Department of Communicable Disease Control, under the Ministry of Health, Dr Rattanaxay Phetsouvanh, told a press conference on Wednesday that one person who contracted the virus is still under observation in hospital.

Laos has imposed uniform standards of self-monitoring and quarantine for the staff of international organisations, business executives, and general workers. A 14-day period of self-monitoring is required for everyone entering Laos even if they have no Covid-19 symptoms.

Comptroller of the Royal Household for Istana Negara Datuk Ahmad Fadil Shamsuddin said Al-Sultan Abdullah and Tunku Azizah also hoped that the people would remain patient and resolute in facing the Covid-19 pandemic as well as prayed for the country’s recovery.

The Covid-19 pandemic that hit the world and the country since the beginning of this year has drastically changed the way people live their daily lives and affected the economy as well as the socio-economic well-being of the people.

“Their Majesties also take this opportunity to express their gratitude to the Almighty who has bestowed Malaysia with peace and unity even though throughout the year 2020, the country we love was hit by various tests,“ he said in a statement today.

Extending 2021 New Year greetings to all Malaysians, Their Majesties advised the people to always ensure the safety and health of themselves and their families by complying with the standard operating procedures (SOP) set by the government.

Ahmad Fadil said Their Majesties were very concerned about the fate of the people and felt all their hardships, especially those who lost their loved ones or sources of income due to the pandemic.

“The King and Queen always want the well-being of the people to be protected and it depends on the political and administrative stability of the country,“ he said.

In an effort to maintain the stability, Their Majesties once again advised all parties, especially politicians, to tone down the political agenda and tension, by working together and focusing on defending the welfare of the people and prioritising the country’s economic recovery process.

“The challenges that we went through last year should serve as a lesson to improve ourselves, our families, our community and the country as a whole,“ said Their Majesties.

Al-Sultan Abdullah and Tunku Azizah also prayed for peace, racial harmony, economic prosperity and well-being of the people who always adhere to the principles of the Rukun Negara and the Federal Constitution.

“Allah SWT always helps those who strive, with the spirit of unity and resilience, we are able to face all challenges and tests together.

“May the year 2021 be blessed by Allah SWT,“ said Their Majesties.

The King and Queen also asked all the people to pray for the country to always be protected from all forms of threats and to be blessed with lasting unity and prosperity.

Al-Sultan Abdullah and Tunku Azizah prayed that the leaders and people in this country would continue to be blessed by Allah SWT. — Bernama 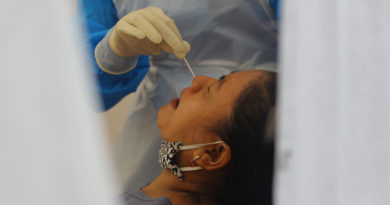 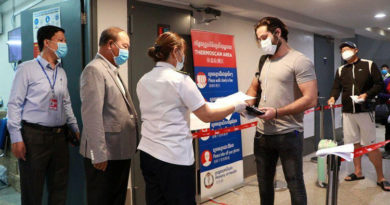 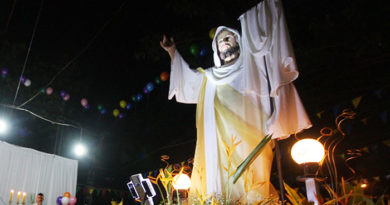