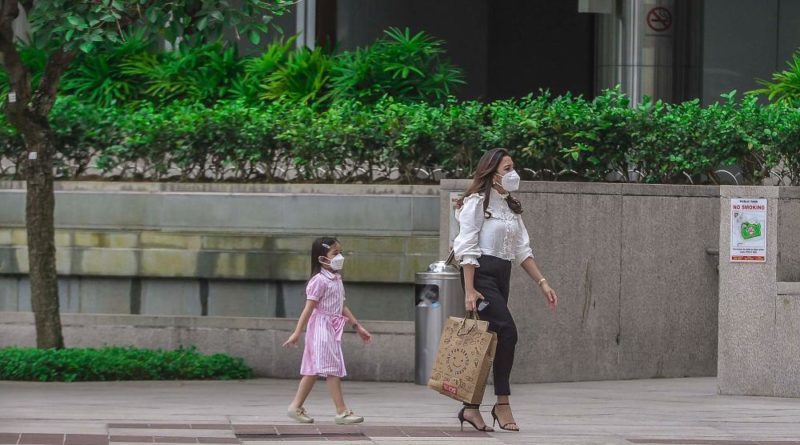 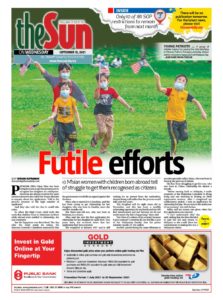 PETALING JAYA: Myra Eliza has been trying for years to get the government to recognise her daughter as a Malaysian. However, she always received the same answer whenever she called the Home Ministry to enquire about her application: “Still in the process because of the high number of applicants”.

And they also told her that it could take years.

So when the High Court ruled early this week that children born to Malaysian mothers while abroad were entitled to citizenship, she was overjoyed.

But her happiness was short-lived. The day after the court made its ruling, the Attorney-General’s Chambers announced that the government would file an appeal against the decision.

Myra, who is married to a Zambian, said she has been trying to get citizenship for her daughter, who was born in Zambia, since she was five months old.

Her three-year-old son, who was born in Malaysia, is a citizen.

Myra said she sent the first application for citizenship for her daughter in April 2014. Two years later, she received news that her application had been rejected.

She reapplied in January 2017 and is still waiting for an answer from the authorities, despite being told earlier that the process would take only two years.

“My daughter will be eight years old in November and this has been a terribly exhausting experience for my family and me. We feel unwelcomed and sad because we do not understand why this is happening,” Myra said.

“Am I less of a citizen of my country because I am a woman? I certainly do not feel like a part of the ‘Malaysian Family’ that the prime minister speaks of,” she added.

Another parent facing the same dilemma is security specialist Adlyn Adam, who was born in Penang but grew up in Sabah.

She has been struggling to get her son, who was born in China, citizenship for almost a decade.

“Before moving back to Malaysia, I made enquiries at the Malaysian Consulate in Hong Kong and our embassy in Beijing on birth registration matters. After I completed my confinement period, I sent an application for citizenship for him. We are now in the ninth year of our journey,” she told theSun.

Adlyn said no reason was given when her first application was rejected.

“I can’t understand why,” she said, adding that she then decided to quit her job and return to Malaysia so she could show her commitment to making her son a Malaysian citizen.

“I thought that being in the country would help, but I have yet to see anything positive.”

Adlyn said the discrimination has left her disappointed and heartbroken.

Former deputy minister of women, family and community development Hannah Yeoh urged the government to withdraw the appeal against the High Court ruling.

“There is a glaring weakness in his government’s failure to protect women and children,” she added.

In a separate statement, Batu Kawan MP and Wanita DAP international secretary Kasthuri Patto said such discriminatory practices should end in the spirit of Article 8 of the Federal Constitution, which guarantees equal rights for all Malaysians.

“Does this not entitle women and children to equal protection under the law?

“I wish to remind the attorney-general that apart from being a solicitor for the government of the day, his responsibility is also to uphold the rule of law, defend justice and honour the spirit of the Constitution,” she said. 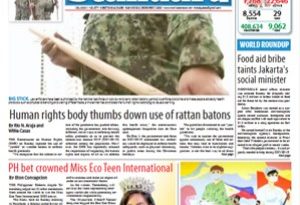 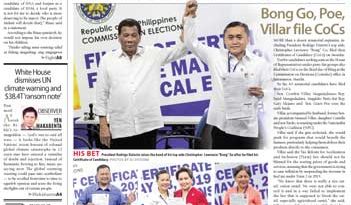 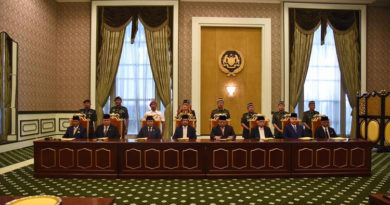