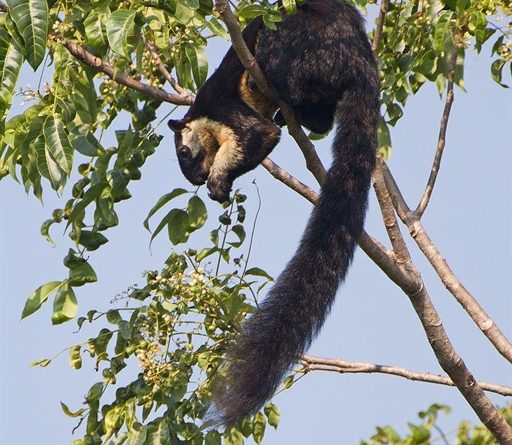 A Black Squirrel atop a tree. — Photo by Pip de Rouvray

As a country to visit for its wildlife, Việt Nam has sadly fallen by the wayside. The last Javan rhino was shot by poachers in 2016 and wild elephants and tigers, both now numbering barely in double figures, are on the brink of local extinction. Yet many less famed smaller species of general attraction remain. Such is the case for the squirrel; Việt Nam can count 19 species, six of which are of the amazing ‘flying’ varieties.

To spot a flying squirrel, you need to go deep into the forest, but can easily observe the common species in the cities, and not just in parks. In the original French part of Sài Gòn where there are many trees, you need just to look up. Those telegraph lines are squirrel highways. I have often seen the bushy-tailed, cheeky chappies on the move to the next tree, even in the heart of the city.

As with most westerners raised on childhood stories such as those of Beatrix Potter, I find squirrels cute. I am not sure if the Vietnamese see them the same way. They seem to be regarded the same as rats.

“They bite,” one young Vietnamese told me. Well, so does any animal with teeth, if antagonised. A question I like to ask locals is, “Where in Việt Nam can you find black squirrels?”

I am invariably met with blank looks or the jocular response, “In the zoo.”

The answer is only on the main island of the Côn Đảo archipelago, out in the East Sea. Here you come across the flora and fauna of the Malay peninsula. There is a unique subspecies of the long-tailed macaque (monkey) and in its waters is the last retreat of the endangered dugong, or sea cow. But it is of the endemic black squirrel I write of here.

If you are from North America, and less commonly England, you may have seen black squirrels back home. But they are melanistic; that is to say not a separate species from the grey squirrel, but simply a genetic mutation. The squirrel on Côn Đảo is a genus of its own, the Ratusa Bicolor, commonly called the Giant Black squirrel or the Giant Malay squirrel.

If you are interested in wildlife and you go to Côn Đảo, your first stop should be the excellent and free (though donation appreciated) Visitor Information Centre, located just outside of the only town of Cây Bàng. This will give you an idea of the tremendous biodiversity of the islands, which given they are no more in area than San Marino is remarkable. Images and models of everything are on display, from birds, snakes and lizards to turtles and fish. Here is also the place to buy a permit to enter the National Park, which covers 90 per cent of the islands.

You will be happy to learn the black squirrel is not shy and quite easy to find. I have seen them in two places. Firstly, in and around the grounds of the old part of the hotel where I usually stay, The Saigon Con Dao Hotel, located in town. They are also usually present at a little temple in the countryside dedicated to an ill-fated princess. As they scurry along walls or leap around the branches like all squirrels, they are very entertaining. I cannot tell you if they are ground feeding as I have never seen them on terra firm, unlike their city cousins.

Whilst Việt Nam is never going to regain the status of Africa or India for wildlife adventures, it is still worthwhile to go looking for some of the less spectacular but still very interesting species. — VNS

*Pip de Rouvray, a long-standing resident of Việt Nam (23 years) who, with his Vietnamese family, is a frequent visitor to Côn Đảo where he has often met this endearing creature. 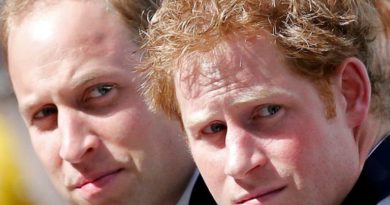 VIENTIANE – Oudomxay ramps up efforts to become a tourist hotspot 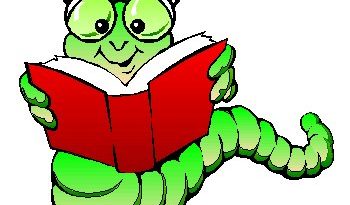