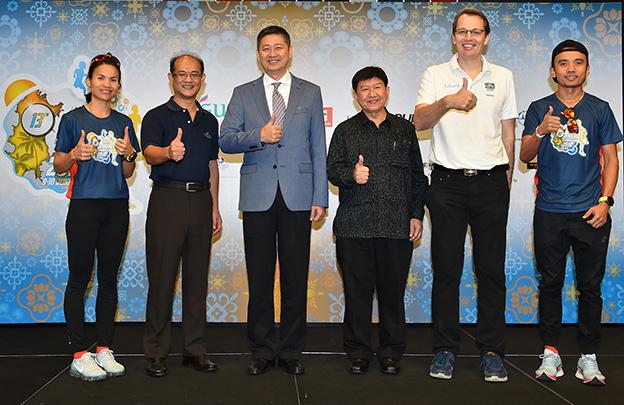 BANGKOK, Thailand – Organisers of South East Asia’s leading destination marathon, Laguna Phuket Marathon, will make a number of changes for the 2018 event which is expected to welcome more than 8,000 athletes to the island to compete on 9th and 10th June, 2018.

“We have made several improvements to the popular half and full marathon courses this year. While the rolling hills and route through the national park and along the beachfront remain, the improvements to both courses will make them even more fun to run, and as a way to open up the Marathon to newcomers and promote running for all we have introduced a Marathon Team Relay category,” commented Mr. Roman Floesser, General Manager of the event’s organiser, Go Adventure Asia.

A first for Laguna Phuket Marathon, the Marathon Team Relay is open for teams of four people who will run equal distances in a relay format over the internationally-sanctioned 42.195km distance and on the same course as individual marathon runners.

For the 13th consecutive year, Laguna Phuket Marathon has been certified by AIMS (Association of International Marathons and Distance Races) and is a qualifying event for the world-famous Boston Marathon. This, together with the international-standard which saw Laguna Phuket Marathon win GOLD for “Best Amateur Sports Event of the Year in Thailand” at the 2017 Asia Sports Industry Awards, professional timing by Sportstats Asia and the world-class facilities of Laguan Phuket make Laguna Phuket Marathon one of the leading destination marathons in South East Asia that will attract runners from more than 50 countries this year.

Commenting on the entries to date, Floesser said, “The number of entries received so far is beyond our expectations. In fact, we received more than 1,000 entries within two weeks of last year’s event finishing alone. I expect the total this year to exceed last year’s record – we are planning for more than 8,000 runners.”

Also new for this year and in line with Phuket’s recognition by UNESCO as a ‘City of Gastronomy’, organisers will support local communities and showcase local foods, something of particular appeal to runners as 80% attend from outside Phuket.

“Laguna Phuket Marathon is very much a destination event. We have runners participating from more than 50 countries and many come with families and friends, and make a vacation around the event. In addition to the course, which takes in Phuket’s stunning coastline and the beautiful surrounds of Laguna Phuket, this year we really wanted to showcase Phuket further and chose to do this through food. Specifically, we will have locally grown fruits available at some of the stations on the run course this year,” said Mr. Roman Floesser, General Manager of the event’s organiser, Go Adventure Asia.

“Laguna Phuket Marathon is in line with our own vision and philosophy – promoting a positive healthy lifestyle, working with the local community and developing long-term sustainable benefits for Phuket as a whole,” explains Mr. Anthony Loh, Senior Assistant Vice President of Laguna Phuket.

“Like all of our destination events such as the Triathlon and Food & Music Festival, what makes the Marathon very special is that Laguna Phuket uses large-scale events like this as a platform to raise awareness and funds for many charitable causes and projects operated by “Laguna Phuket Foundation”. Last year, to celebrate Laguna Phuket’s 30th Anniversary, Laguna Phuket Foundation launched “Children First Fund” or “CFF” to support more than 400 orphans in seven orphanages in Phuket. We hope the contribution continues this year at all of Laguna Phuket events including the upcoming Marathon.

“Like every year, hundreds of Laguna Phuket associates and management will also run to help raise funds. We’d like to encourage participants, runners, spectators and everyone to help make donation, either by direct donation upon registration, in donation boxes at CSR booth at the Marathon or contact us at [email protected]”

Held over two days, organisers expect more than 8,000 athletes to take part this year, breaking last years record of 7,000. In the afternoon of 9th June the event will start with the Kids Run (2km) followed by the 5km and 10.5km distances. At sunrise on 10th June the 21.097km (half marathon), 42.195km (marathon) and Marathon Team Relay runners will compete.

Prices start from 550 baht for the 5km distance. Early Bird prices finish on 28th February. Registrations can be made online at www.phuketmarathon.com/registration.

Laguna Phuket Marathon is sanctioned by AIMS (Association of International Marathons and Distance Races). The event’s online registration partner is GoToRace.com and professional timing and results are provided by Sportstats Asia. 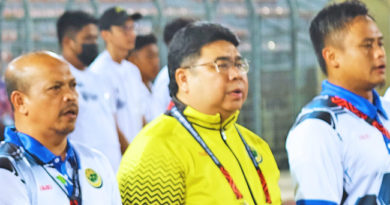 SOCCER | AFF Mitsubishi Electric Cup | Brunei up against the Philippines 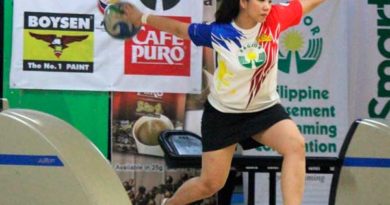 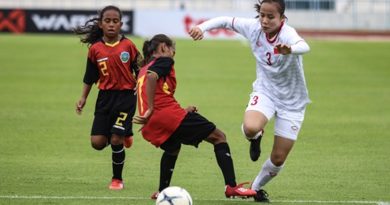