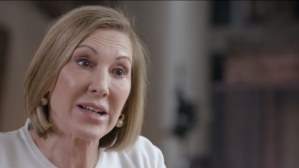 “Through Her Eyes” is a weekly show hosted by human rights activist Zainab Salbi that explores contemporary news issues from a female perspective. You can watch the full episode of “Through Her Eyes” every Tuesday at 8 p.m. ET on Roku or at the bottom of this article.

Unlike some of the other Republican Party’s past presidential hopefuls, business executive Carly Fiorina isn’t backing off her criticism of President Trump now that he’s in office.

“He’s so routinely dismissive of women, the way he talks about women,” Fiorina told the Yahoo News show “Through Her Eyes.” “And on the other hand, he’s put a lot of women in really important jobs.”

Fiorina, the sole Republican woman running in the 2016 presidential race, extended her criticisms to the broader GOP, which only has 21 women among its ranks in Congress.

“I think the Republican Party routinely dismisses and diminishes women, to be honest with you,” the former Hewlett-Packard CEO said. “If you look at the women senators in the Republican Party, they’re pretty much discounted until their vote is needed. That’s not OK.”

But Fiorina isn’t absolving the Democratic Party of any wrongdoing. “I would quickly add, I think that Democrats have politicized women in a way that’s very unfortunate,” continued Fiorina, who is now promoting her new book, “Find Your Way: Unleash Your Power and Highest Potential.”

This is hardly the first time Fiorina has criticized Trump, as they used to be bitter primary rivals. During the 2016 race, Trump launched an attack against her that was widely denounced as sexist, asking a Rolling Stone reporter, “Would anyone vote for that? Can you imagine that, the face of our next president?!” In a debate, Fiorina responded by quipping, “I think women all over this country heard very clearly what Mr. Trump said.”

In her “Through Her Eyes” interview, Fiorina also dismissed Trump’s claim that special counsel Robert Mueller’s report on Russian interference exonerated him.

“The report does not exonerate Trump,” she said. “If most people would read that report, I think they would conclude this is not the way someone in the highest office in the land should behave.”

“It’s true that power is concentrated in business now among four companies. And it’s not right,” Fiorina said. The interview was conducted days before Facebook co-founder Chris Hughes published an op-ed calling for the breakup of the company he helped create.

“The Democrats, you will notice, have regulated virtually every other industry and have been hands-off on technology for decades,” she said. “And now we have Amazon, Facebook, Google, you name ’em. Suddenly now, Democrats are starting to say, ‘Oh, maybe they have too much power.’ Yes, they do. Yes, they do.”

Listen to the full episode on the “Through Her Eyes” podcast, and listen to past interviews with Queen Latifah, Aly Raisman, and more from season 1. 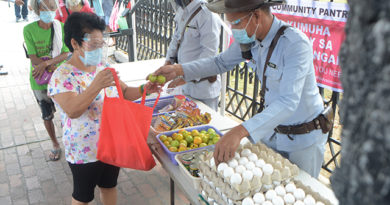 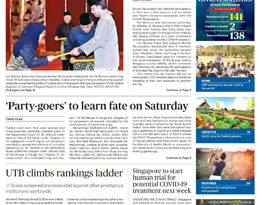 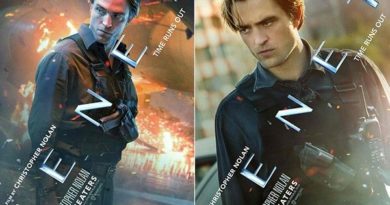