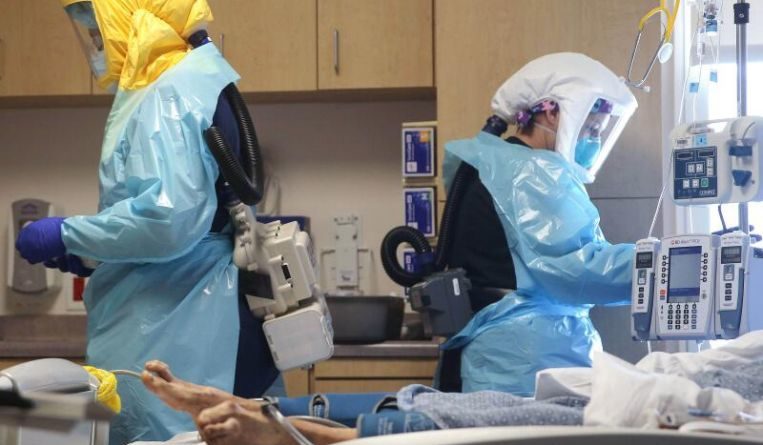 .United States ranks second for cases per capita, at 120 infections per 10,000 people.PHOTO: AFP

NEW YORK (REUTERS) – The United States recorded more than 1,100 deaths from Covid-19 for the third day in a row on Thursday (July 23), as the outbreak strained hospitals in California, Florida and Texas, according to a Reuters tally.

The rise in the US death toll has not seen back-to-back days with over 1,100 lives lost since late May. Many states and local governments in May lifted restrictions and reopened beaches, restaurants and businesses, triggering a surge in infections of the novel coronavirus in June and an increase in fatalities in July.

So far in July, 17 states have broken one-day records for increases in Covid-19 deaths, according to a Reuters tally.

Texas reported at least 174 deaths, Florida 173, California 152 and Arizona 89 deaths. Florida’s deaths were a one-day record as were 37 deaths in Tennessee.

Even though deaths are rising in the US for a second week in a row, they remain well below levels seen in April, when 2,000 people a day on average died from the virus.

The US on Thursday also passed a total of more than four million coronavirus infections since the first US case was documented in January, according to a Reuters tally, reflecting a nationwide escalation of the pandemic.

The United States took 98 days to reach one million confirmed cases of Covid-19 but just 16 days to increase from three million to four million, the tally showed. The total suggests at least one in 82 Americans have been infected at some point in the pandemic.

The average number of new cases is now rising by more than 2,600 per hour nationwide, the highest rate in the world.

As the epicentre of the US outbreak has spread from New York to the South and West, federal, state and local officials have clashed over how to ease lockdowns imposed on Americans and businesses.

Requirements that residents wear masks in public have become the subject of a fierce political divide, as many conservatives argue that such orders violate the US Constitution.

US President Donald Trump, a Republican who has rejected a nationwide mask rule and been reluctant to wear one himself, this week reversed course and encouraged Americans to do so.

How the US bungled its coronavirus response

“We have to do our mitigation steps: Wear a mask, avoid the crowds. We won’t see hospitalisations and deaths go down for a couple of weeks because (they are) lagging indicators, but we are turning that tide,” US Assistant Secretary for Health Brett Giroir told the Fox News Network in an interview.

Mr Trump told a White House briefing on Thursday that hot spot states may need to delay reopening schools by a few weeks but pushed for most students to be able to return to classrooms in the autumn.

Schools have become another point of contention. In Florida, the state teachers’ union has sued to stop in-class instruction. Florida reported a record one-day increase in Covid-19 deaths on Thursday at 173.

Florida’s health commissioner said earlier this month that schools must reopen, but Governor Ron DeSantis, a Republican, has since said that parents should have the option to keep their children home.

Trump threatens funding cuts if US schools do not fully reopen

Trump administration officials have said a quicker reopening is essential to get the staggered economy moving again, a central plank of the president’s re-election campaign.

Mr Trump also said he would no longer hold part of the Republican Party’s nominating convention in Florida in August because of a spike in coronavirus cases in the state.

“The timing for this event is not right,” he told the White House briefing. “It’s just not right with what’s happened recently, the flare-up in Florida. To have a big convention it’s not the right time.”

Mr Trump has been holding his first coronavirus briefings in months without the experts on his task force, including Dr Anthony Fauci, director of the National Institute of Allergy and Infectious Diseases.

Dr Fauci, who became a household name in the early days of the pandemic, will throw out the ceremonial first pitch on Thursday on Opening Day of the truncated Major League Baseball season at Nationals Park in Washington, DC.

Mr Trump’s rival for the presidency, Democrat Joe Biden, blasted his handling of the pandemic in a campaign video aired on Thursday.

354 new Covid-19 cases in Singapore, including 8 in the community and 5 imported

Covid-19 unlikely to be spread through air-conditioning: Expert

A coronavirus resurgence is threatening Asia’s hopes for reopening economies

Coronavirus: What China got right in preventing a second wave 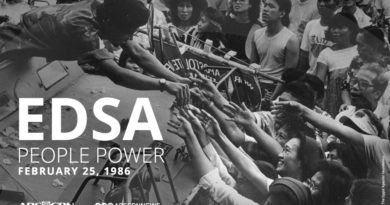 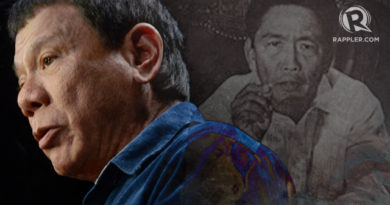 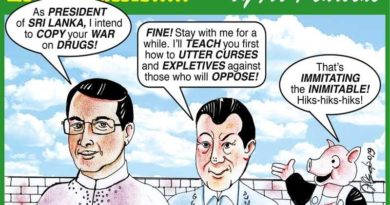