Health Latest News Sci-Tech
July 24, 2020July 24, 2020 Contributor 0 Comment SCI-MEDICINE: Chikungunya – a mosquito borne disease which is a silent killer
Aedes mosquitoes transmit chikungunya virus to people. These types of mosquitoes are found throughout much of the world.
.
.

Chikungunya virus is spread to people by the bite of an infected mosquito. The most common symptoms of infection are fever and joint pain.

Other symptoms may include headache, muscle pain, joint swelling, or rash. Outbreaks have occurred in countries in Africa, Asia, Europe, and the Indian and Pacific Oceans.

There is a risk that the virus will be imported to new areas by infected travelers. There is no vaccine to prevent or medicine to treat chikungunya virus infection. Travelers can protect themselves by preventing mosquito bites.

When traveling to countries with chikungunya virus, use insect repellent, wear long sleeves and pants, and stay in places with air conditioning or that use window and door screens.

Chikungunya virus is transmitted to people through mosquito bites. Mosquitoes become infected when they feed on a person already infected with the virus. Infected mosquitoes can then spread the virus to other people through bites.

Chikungunya virus is most often spread to people by Aedes aegypti and Aedes albopictus mosquitoes. These are the same mosquitoes that transmit dengue virus. They bite during the day and at night.

Chikungunya virus is transmitted rarely from mother to newborn around the time of birth.

In theory, the virus could be spread through a blood transfusion. To date, there are no known reports of this happening.

The outbreak affected families throughout the village, and 44.7% of the population tested had evidence of infection by CHIKV, which affected all age groups. Public health agencies and policymakers in affected and nearby unaffected areas of Asia and elsewhere should be alert to the potential spread and reemergence of CHIKV.

The serosurvey in Trapeang Roka on March 26, 2012, documented a CHIKV outbreak in a medium-size rural Cambodian community of 695 residents. It is the first CHIKV serosurvey in Cambodia since the initial isolation of CHIKV in 1961, and the first known serosurvey conducted during a chikungunya outbreak in Southeast Asia.

Chikungunya is rarely fatal. Symptoms are generally self-limiting and last for 2–3 days. The virus remains in the human system for 5-7 days and mosquitoes feeding on an infected person during this period can also become infected. Centers for Disease Control and Prevention/Research Gate. Illustrative map and photo from CDC 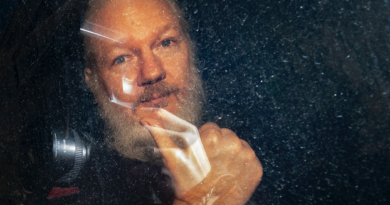 WikiLeaks: EU-LONDON, UK – Julian Assange appears in court after US reveals he was arrested over alleged hack on government computer 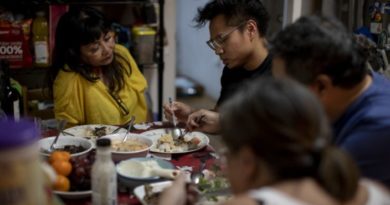 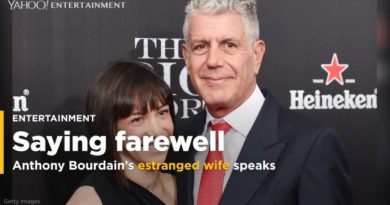 CELEBRITY-FOOD: US – Anthony Bourdain’s estranged wife and the mother of his child breaks her silence: ‘I hope you are having a good trip, wherever you are’